'It's really being able to afford those spaces. We are turning to the private sector to do this' 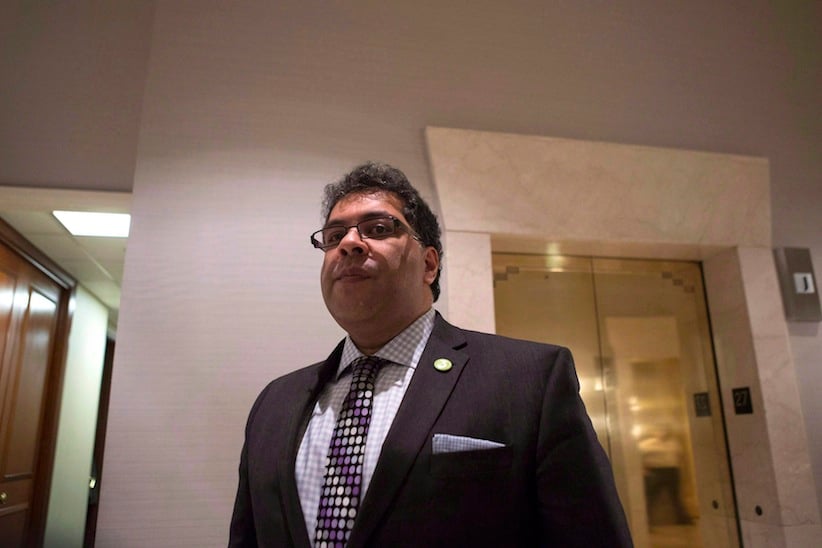 CALGARY — More help from the private sector is needed to make sure newly arrived Syrian refugees can afford a place to live, Calgary’s mayor and Canada’s immigration minister said Wednesday.

Calgary Mayor Naheed Nenshi said with a vacancy rate of five per cent in the city — or 2,500 rental units on the market — available space isn’t the issue for the 1,300 refugees expected to arrive.

“It’s really being able to afford those spaces. We are turning to the private sector to do this,” he said at a news conference after a meeting with a local group on the refugee issue.“These people will not be housed in social housing or affordable housing because there’s already long wait lists for that.”

Even though more rental spaces are coming available in a city hard-hit by the downturn in oil prices, rents are still too high for many refugees — at least until they can line up good jobs and get their English skills up to speed.

Nenshi said he recently met a refugee family of four who found a house to rent for $1,100 a month. While that’s not bad by Calgary standards, it’s not tenable when the family’s monthly income is currently $1,500.

“The guy’s a mechanical engineer, so he’s going to be fine once they get their English-language skills in place,” said Nenshi.

“So we cannot afford to have people lose their opportunity to be great Canadians over a few hundred dollars a month… We can’t lose the game at the end over a few inches.”

Mainstreet CEO Bob Dhillon said his firm is setting aside a minimum of 200 apartments for refugees, either free for the first three months or at a discount for a year. Arabic-speaking staff will be on-hand to help with logistics.

Meanwhile, David McIlveen, director of community development for Boardwalk, said his company is setting aside 350 units at a $150-a-month discount.

“These two gentlemen and their companies are what you might call Canadians with thick wallets and big hearts,” said Immigration, Refugees and Citizenship Minister John McCallum.

“I’m hoping they are the tip of the iceberg and their example will induce others to come forward with similar contributions so that we can welcome refugees, not just with a smile, but with a roof over their heads and all of the other things that they need to begin their lives in Canada.”

Lori Sigurdson, Alberta’s minister of jobs, skills, training and labour, said the province is expecting 850 Syrian refugees to arrive by year-end — 800 sponsored privately and 50 by the government.