NDP leadership race could have big impact on fundraising capacity 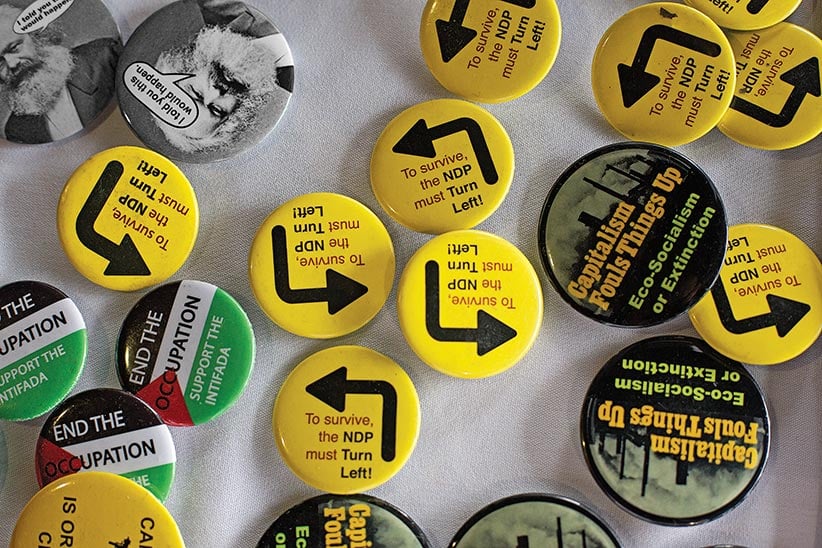 OTTAWA – Central players in the NDP say the party’s upcoming leadership race may have a significant impact on its ability to raise cash for its empty coffers.

A letter from the party’s president, vice-presidents and treasurer and obtained by The Canadian Press, says the party’s federal council should consider the competition’s financial impact, given party campaign debts pegged around $5-million after last year’s marathon election campaign.

The concern is that leadership candidates will siphon away donations that would otherwise go to the party.

Recent figures released by Elections Canada paint a bleak picture of the party’s fundraising efforts in its first quarter, when it collected just $1.3 million.

These factors are all likely to be discussed when the council – the party’s governing body between conventions – meets Sunday to consider the rules for the upcoming race.

The meeting should set a timeline for the campaign, the letter said, adding that the 2003 and 2012 leadership races both lasted eight months.

The NDP convention in Edmonton last month, which voted for a leadership race, said the campaign could last for up to two years.

The party is also hearing from provincial wings about the need to ensure the timing of the race does not conflict with other elections.

The B.C. NDP has already said it wants to ensure the federal leadership race does not distract from its lead up to the May 2017 election, the letter said.

It adds that Yukon’s election might come in the fall of 2016, Nova Scotia’s could happen any time between late 2016 and late 2018 and Ontario’s provincial election is scheduled for June 2018.

“Other leadership races also need to be taken into consideration,” it said.

“The Saskatchewan NDP and the Manitoba NDP are both looking for a new leader. The Conservative party of Canada will elect a leader on May 27, 2017. The Bloc Quebecois will also elect a leader in 2017.”

The party has and will continue to consult all provincial sections to avoid conflicts, the note said, adding the parliamentary calendar should also be taken into account, with the next federal election slated for October 2019.

In an interview Wednesday with CTV, Tom Mulcair said he does not plan to weigh in on the terms of the competition to replace him.

“Federal council – about 100 people from across the country representing both regions and different socio-economic interests – they’re going to make that decision and I am going to respect that decision.”

There are only three rules set in stone in the NDP’s constitution on the selection of a new leader :

• He or she will be elected on a secret ballot

• Every member may cast a ballot

• Candidates with the fewest number of votes drop off the ballot for subsequent voting rounds until one person receives more than 50 per cent support.