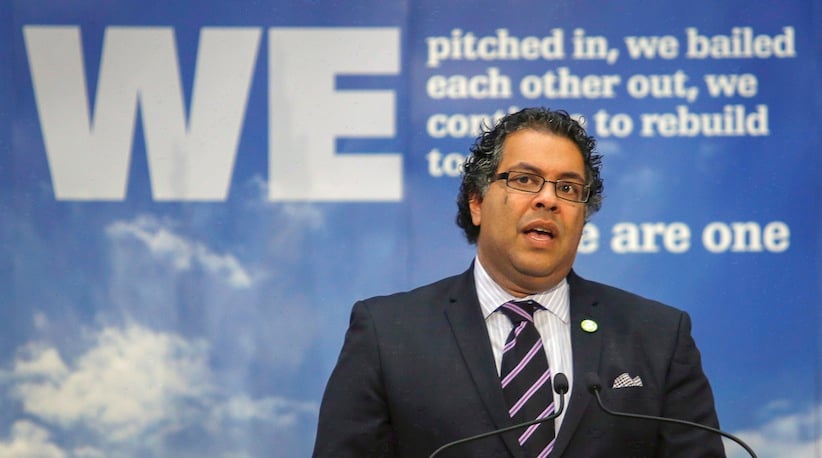 CALGARY — Critical comments made by Calgary Mayor Naheed Nenshi about the ride-hailing service Uber will be reviewed by the city’s integrity commissioner.

Nenshi was using a rival service in Boston recently when he panned Uber’s background checks for drivers and used the word “dick” to describe company CEO Travis Kalanick.

“They are honestly the worst people in the world. I have never dealt with people like this before,” Nenshi is heard saying on a video, which was livestreamed by the Boston driver without Nenshi’s knowledge.

The mayor apologized to city council on Monday for his language.

“I never swear and that’s probably the rudest word I’ve ever said … It wasn’t nice and it wasn’t civil.”

Nenshi told council he didn’t reveal any confidential information when he told the driver someone with a criminal record had made it through Uber’s screening process.

“I have said before many times that we know anecdotally that someone made it through the process, who had a criminal conviction. I think Calgarians deserve to know that,” he said outside chambers.

“The limit of my knowledge is … what I’ve already told the public, which is that we know anecdotally that someone slipped through.

“I’m very sorry that I made it sound like there was a lot more to it than that.”

Nenshi had already said in a statement he issued after the video appeared that he was not aware of anyone convicted of a sexual offence clearing Uber’s background check.

Uber has said its background checks include searches of RCMP and local police databases. It call Nenshi’s comments disappointing and urged the mayor to stop name calling.

Nenshi’s comments to the driver raised questions about the conduct of city staff while reviewing the ride-hailing industry.

The City of Calgary said in a statement Monday that the administration used “customary and appropriate techniques to assess public safety … and determine whether offences were being committed.”

Uber temporarily suspended operations in Edmonton and Calgary earlier this year after the Alberta government announced it would not make insurance available to drivers until the summer. The province will also require drivers to have at least a Class 4 driver’s licence, which is a commercial licence.