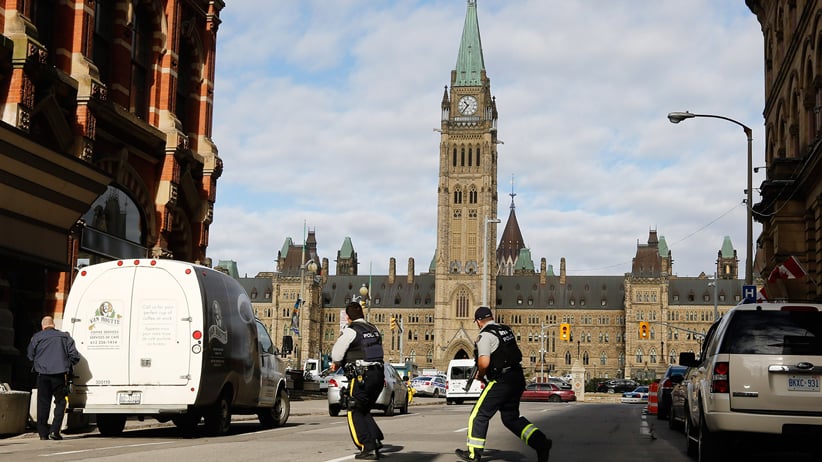 OTTAWA – On the day of the Parliament Hill shooting, the federal Government Operations Centre did not have computer technicians on site, food was limited and senior emergency officials weren’t in the building.

Those are some of the details revealed in newly released documents on the government’s emergency response. Officials at Public Safety Canada convened meetings soon after the Oct. 22 attack by gunman Michael Zehaf-Bibeau, to see what they could learn.

The operations centre helps co-ordinate the emergency response for the entire federal government.

Senior executives who were part of the emergency response plan weren’t in the centre the day of the shooting, which “created inefficient and ineffective communication with the decision-makers,” a preliminary observation report said.

No names were listed, but the deputy minister of Public Safety is the co-ordinating officer for the emergency response plan.

Meanwhile, some of those responsible for business continuity and emergency plans in the larger Public Safety Canada building wound up in the operations centre, leaving a leadership vacuum behind.

The heavily redacted documents were obtained by The Canadian Press under the Access to Information Act.

Another key finding was that technical help wasn’t available in the centre.

“The support was not available to the GOC. … it was apparent that on-site support would have been useful to improve the efficiency and effectiveness of the response.”

Some employees who were in the locked-down building which houses the centre also apparently found themselves without food.

“Comments received indicated the food supply to sustain the GOC operational needs should be addressed,” the report said.

“Given the circumstances of the event (proximity to the event, building lockdown, critical service provided by the GOC), a food supply should be stocked accordingly.”

Another problem was that government employees were variously told to go into “lockdown” or “shelter-in-place,” during the crisis. The two terms are used for different situations. Shelter-in-place refers to incidents where there is a hazardous chemical in the air outside.

Minutes from a November meeting with various government departments indicated that the Treasury Board Secretariat was “looking at medical issues in the event of lock-down or shelter-in-place,” but that “employees need to take some responsibility to have sufficient meds for such events.”

Public Safety Canada did not immediately respond Monday to questions about the findings.

Officials also identified things they believed went right on Oct. 22, including the fact employees helped each other by sharing food and that “employees were informed as soon as information became available.”

The commissioner of official languages said last month in a preliminary report that the operations centre should have been putting out information in both French and English during the incident.

In another shooting-related development on Monday, RCMP Commissioner Bob Paulson told a Senate committee that the remaining 18 seconds of the video which Zehaf-Bibeau recorded before his rampage will be released either this week or next.

Most of the video was made public March 6.

Paulson said at the time he had “reasonable and sound operational reasons” for not releasing 13 seconds at the start of the video and five seconds at the end.