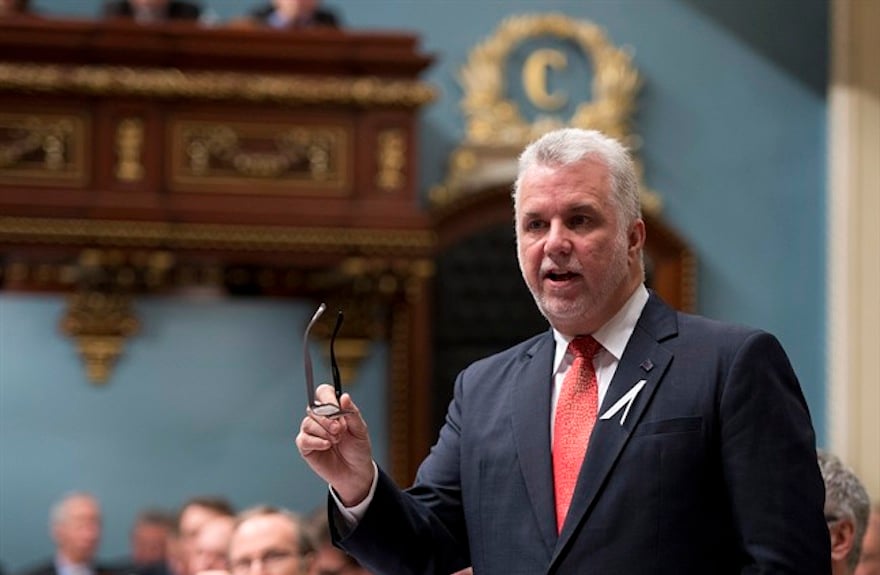 QUEBEC – Quebec Premier Philippe Couillard is forming a committee of experts to look into the surveillance of journalists in the wake of revelations police kept tabs on a Montreal reporter’s iPhone.

The group will include a judge, a police official and a member of the media.

It is expected to present its report to the Quebec justice minister by next spring.

Couillard also announced it will be harder for police to obtain a court-issued warrant to monitor members of the media.

And the premier says the Public Security Department will investigate procedures at the three major police forces in Quebec — the provincial police and the Montreal and Quebec City forces.

The measures come a day after it emerged Montreal police had obtained at least 24 surveillance warrants for the iPhone belonging to La Presse columnist Patrick Lagace at the request of the special investigations unit that looks into crime within the police force.