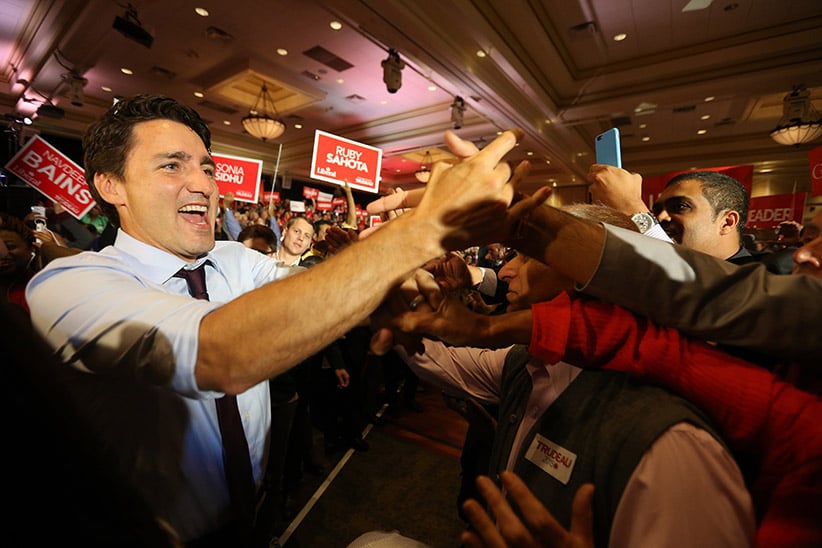 OTTAWA — Newly released data on youth voters suggests they were neither apathetic nor disengaged in the last election — and instead may be primed to become the most powerful voting bloc in the country.

A report commissioned by the Canadian Alliance of Student Associations suggests just over half of Canadians aged 18 to 25 went to the polls in the last election, a sharp increase from the 39 per cent turnout in 2011.

The association’s executive director, Michael McDonald, says the data suggest the Liberals have young voters to thank for their majority in the House of Commons.

For the Liberals, that means they have to not let down a generation of voters who they need to come out again in just over three years when Justin Trudeau and his party look to get re-elected, says David Coletto of Abacus Research.

The report released today says the so-called millennial generation will be able to vote in the next scheduled election in 2019 and will make up one-quarter of the population. It says that makes them “a powerful new political force” that will shape Canadian politics over the next three decades as their parents, the baby boomers, did the previous three.

“I don’t think any party can take for granted that young voters will always be there for them, but I think all parties can understand that it’s important to reach out and that it can have real results for them,” McDonald said.

Young voters, the report says, have some expectations for the next five years: They want to find a job, look to buy a house and maybe start a family, but feel constrained by gloomy economic news and debts. They are also concerned that they won’t be able to rely on the Canada Pension Plan when they retire.

“This expectation is there and it’s not some grandiose expectation,” McDonald said. “These are basic milestones that we took for granted in many other generations and we think that this is something that these students should look forward to as well.”

Heading into the 2015 campaign, the Liberals had watched their support among youth voters plummet.

Prior to 2006, when the Conservatives first took office under Stephen Harper, the Liberals could count on at least 30 per cent support from young voters. That dropped after 2006 and by 2011 they garnered just 16 per cent of the youth vote.

The Liberals targeted younger voters on campuses and through social media, promising to create jobs for young workers and increase student grants and they won the support of 45 per cent of young voters, with the NDP losing the most.

The report suggests the increased youth voter turnout was the result of a combination of the Liberals focusing on young voters and groups like CASA and the Canadian Federation of Students pushing young voters to become politically engaged during election season.

12: Percentage point increase in the youth vote from 2011

16: Percentage of the youth vote the Liberals garnered in 2011

72: Percentage of post-secondary students who voted in the federal election

63: Percentage of respondents who said creating jobs for young Canadians should be a key focus for the Liberals, the most of any issue

20: Percentage of students who want the Liberals to make legalizing marijuana one of the government’s top priorities, the second lowest of any issue