Think voting isn't worth it? Take a look at the results in Labrador.

If ever there were a reminder that every vote counts, it rang loudly and clearly during the Newfoundland and Labrador election, where a handful of people could have changed the game. 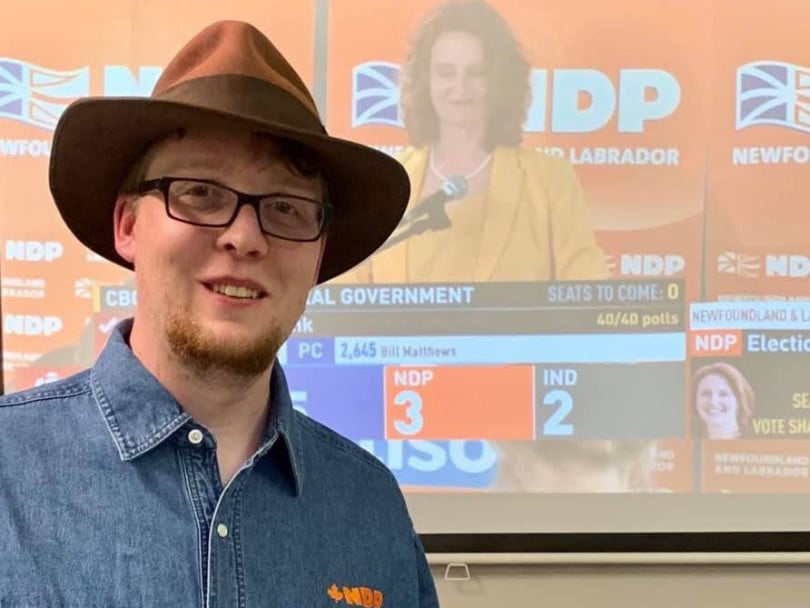 The number of people it would have taken to swing the recent election in Newfoundland and Labrador could fit into a restaurant booth, or the cab of a mid-size car. They can be found in Labrador West, the riding that proved pivotal in last month’s vote—and without a lot of difficulty. Maclean’s recently raised such a sampling by dialling random numbers in the local phone directory.

The first to pick up was Stan Noble from Labrador City, whose input on the subject was defined by its brevity. He did not follow the campaign, and none of the candidates came knocking on his door. “I didn’t vote this time around,” he adds, “but I know the young fella won.” By “young fella,” he means the baby-faced NDP candidate Jordan Brown, who defeated Liberal incumbent Graham Letto with 1,366 votes to Letto’s 1,361.

If ever there were a reminder in a democracy that every vote counts, it rang loudly and clearly from Labrador West, where the thinnest of margins held the Liberals to 20 seats out of 40, a fragile minority in the House of Assembly. As Premier Dwight Ball observed to Maclean’s the day after the election: “We were five votes away from a majority.”

In practical terms, the Liberals’ miss seems even narrower than that. Any combination that covered the difference, after all, would have secured them in office for the next four years. If Ball’s team had convinced, say, three people in Labrador West who wound up voting NDP to vote Liberal instead, or two such people plus a couple of Liberal supporters who didn’t get around to voting, they would not be on tenterhooks awaiting their first confidence vote in the assembly.

Noble was hardly the only person in the riding who didn’t exercise his democratic right. Voter turnout was 54 per cent in the district, and not every person who failed to cast a ballot did so out of political indifference.

The second person who could have helped change the election landscape is Glenn Doman, who says he would have voted for the Liberals if only he were in town on election day. “Graham Letto was mayor of Lab City and I never had complaints about him,” Doman says. “I never had a chance to vote because I was travelling through the Maritimes and I didn’t know how to vote [from out of town]. So I never bothered.”

The campaign, and the last four years of Liberal governance, certainly had their impact on the outcome. There were those who voted Liberal four years ago but for various reasons changed their allegiance to the NDP—effectively a two-vote swing from a single ballot. “Graham shows a big presence in Labrador City, but he doesn’t live here. That’s kind of important,” says one Labrador City resident, who asked her name be withheld because she knows Letto.

Four years ago, she voted Liberal out of support for Letto. (An interview request to Letto’s home in St. John’s went unreturned.) This time around, she based her choice not on any particular policy or campaign promise, but on her desire “to vote for the only person that paid taxes in Labrador City.” And that person was running for the NDP.

READ: In Newfoundland, a razor-close election that nobody really won

Then there’s Earl McGrath, who may have single-handedly swung Labrador West in favour of the NDP. In 2015, he was all in on the Newfoundland Liberals. Both his local candidate, Letto, and a then-aspiring Premier Ball had attended a union rally in Labrador City, with promises of labour reform legislation if elected. McGrath, a union man and one of the more senior employees at the local iron ore producer, decided to campaign for the Liberals, who in turn won a majority mandate from the people of Newfoundland and Labrador.

But while the Liberals were in power, McGrath says, the reforms he hoped for, like anti-scab legislation, never came to pass. So when the Liberals announced a snap election to come in May, McGrath recalls, “I told Graham point-blank that I’d do everything in my power to see him defeated.” He wrote a lengthy screed on his personal Facebook page—and spoke openly at work with his fellow union members—about why he could no longer support the Liberals and why he planned to vote NDP. “I wasn’t going in with my eyes closed. I knew the NDP wouldn’t form government,” he says. “But a loud voice in opposition is better than a yes-man in government.”

If he had converted even two co-workers to vote NDP with him instead of the Liberals, together they would have caused the six-vote swing that denied the Liberals their majority. “I might have convinced a couple of people,” he says coyly. “I’m not trying to take credit, but I don’t mind if others say, ‘You’re the reason Graham Letto got defeated.’ ”

Ball knows first-hand just how close Newfoundland elections can get. On the day after the election, he spoke of the time he won a by-election by only 16 votes. “I always tell people, when you start a campaign, you got to work right to the finish,” he told Maclean’s.

Even, it would seem, if that means placing just a few extra phone calls.