Newsmaker of the day: Daniel Alfredsson

Newsmaker, Dec. 4: Alfie retires with the only team that makes sense 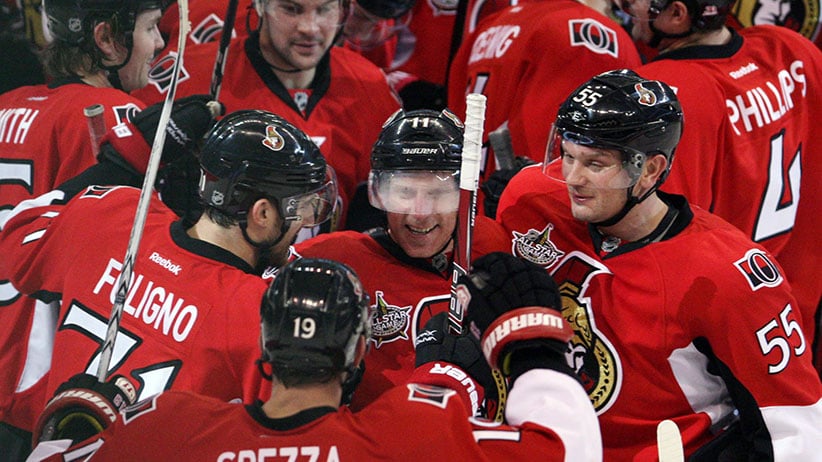 Every city craves a sports hero: someone to celebrate, trust, and follow into battle. Few athletes ever command that sort of reverence in their chosen cities. Daniel Alfredsson did, and did he ever, as a longtime captain of the Ottawa Senators. Alfredsson was a prolific goal scorer, a dynamic playmaker, a proven playoff performer, a devoted team leader, a charitable civic icon and, jeez, just such a nice guy. A city known for quiet pride harboured no such reservation for the man who scored 426 goals over 17 seasons with the Senators, racked up 1,108 points, and guided the team through 121 playoff games—including a Stanley Cup run in 2007 that solidified his near-Messianic status in the nation’s capital. Failed contract negotiations and a messy breakup in 2013 sent Alfredsson to Detroit, where he spent his last season on the ice with the Red Wings. But Ottawa could never hate Alfie. This morning, at a press conference, Senators owner Eugene Melnyk announced that his club would invite the retiring Alfredsson back for one final pre-game skate, followed by a ceremonial face-off. The Sens Army celebrates its greatest hero. This is, of course, how it had to end.