Newsmaker of the day: Narendra Modi comes to Canada 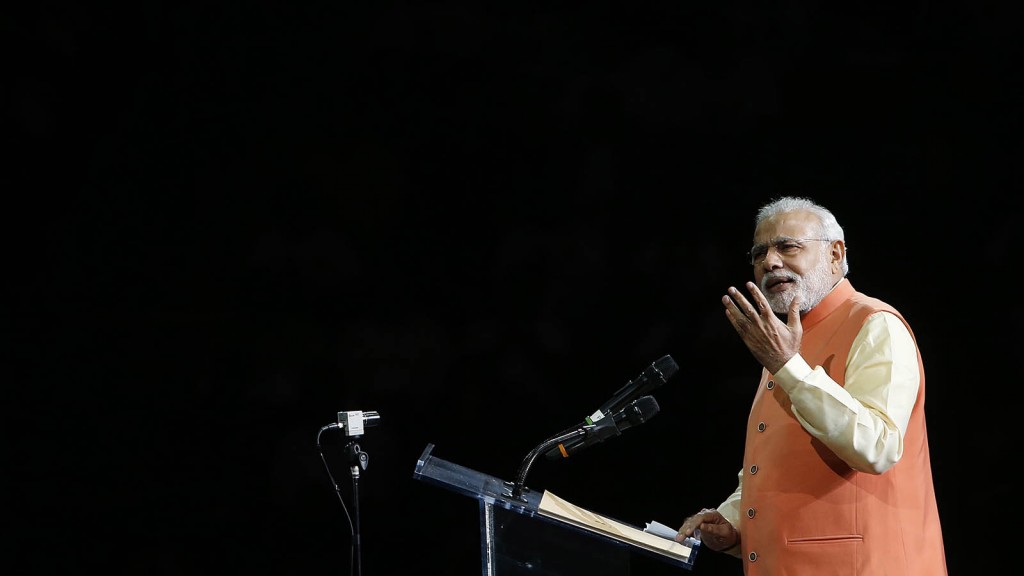 Back in 2009, Prime Minister Stephen Harper dispatched then-international trade minister Stockwell Day to open the latest Canadian trade office in India. The new location—Ahmedabad, in the western province of Gujarat—might have seemed obscure. But some in the Indian media took notice, wondering if Canada’s move suggested the start of a softening in the outside world’s critical view of Gujarat, where more than 1,000 people had died in anti-Muslim riots in 2002.

Some critics were blaming Gujarat’s chief minister at the time, Narendra Modi, for not doing enough to stop the violence. But the Harper government’s early move into Modi’s home turf now seems shrewdly prescient. Indian courts cleared him of charges related to those riots, and India’s voters elected him prime minister last spring. His Bharatiya Janata Party (BJP) swept from power the Indian National Congress, which had dominated the country’s politics for decades. Since then, earlier qualms about Modi’s Hindu-nationalist political roots have been largely replaced by excitement about his reputation as an economic reformer.

So he arrives in Ottawa early this evening to start a planned three-day Canadian visit as one of the world’s most-watched leaders. His planned speech to about 10,000 Indo-Canadians in Toronto is anxiously awaited, and the banquet he’s scheduled to attend in Vancouver with Harper is being touted as a major political and cultural event. “He’s certainly popular, at this point,” says McGill University political science professor Narendra Subramanian.

But Subramanian, an expert on ethnicity and religion in Indian politics, sees serious tests ahead for Modi, notably, how widely Indians benefit, mainly in the form of new jobs, from the foreign investment he’s expected to attract to spur economic growth. As well, non-Hindus, including Muslims, Christians and Sikhs, remain alert to how Modi’s BJP manages India’s complex religious politics. Subramanian says Modi has “moderated his tone,” but his party’s base remains Hindu-nationalist.

For Harper’s Tories, though, the immediate benefits of Modi’s visit have little to do with India itself. Indo-Canadian voters, especially in the suburbs of Toronto and Vancouver—where Modi’s big events will be staged—are a key target for this coming fall’s federal election.