Winchell Delano's team has spent more than six months paddling from Mexico to the Arctic—and now, through forest fires 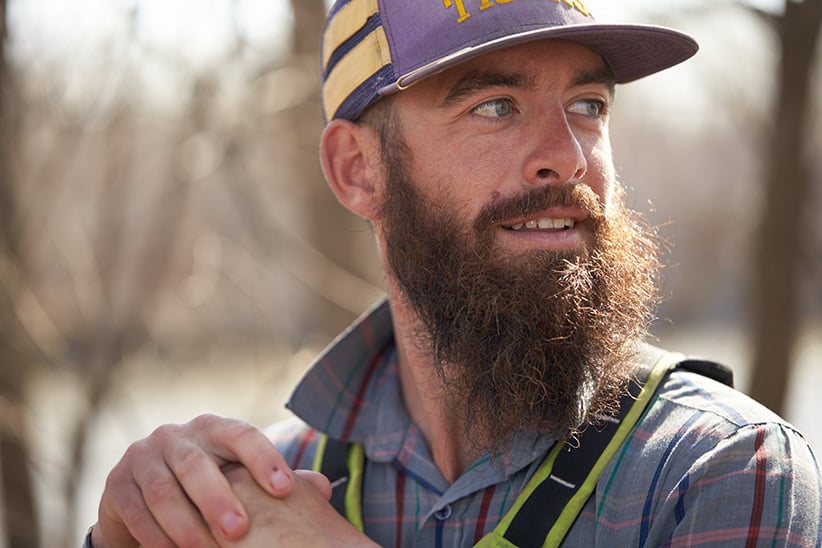 After more than six months of paddling, Winchell Delano explains that the dry weather conditions in Buffalo Narrows—a small town near Churchill Lake in northern Saskatchewan—are actually ideal for a canoe trip across the continent. As Delano and his five American friends paddle the 8,368 km north from the Gulf of Mexico to the Arctic Ocean, the dry weather lowers water levels, making rapids easier to handle on boat and portaging less cumbersome. The dryness also keeps the bugs at bay, but that’s not to say the team is all smiles. “It sucks, because amid all of that are fires burning and communities threatened,” Delano says.

Maclean’s last caught up with the team in April, interviewing the team’s “Renaissance Man,” Adam Trigg, during a brief stopover in New Ulm, Minn. Shortly thereafter, the crew, which includes Jarrad Moore, Daniel Flynn, John Keaveny and Luke Kimmes, crossed at the border near Emerson, Man.

“We were expecting this big transition,” Delano recalls. “The border-crossing people came down, we jumped through some hoops, and then we were in Canada. You look down the river one way, you look up it the next, and nothing’s different at all.”

Delano says the Canadian landscape was the part of the trip they most anticipated, but they were also struck by the architecture of the Human Rights Museum along the Red River as they moved past Winnipeg.

By mid-June, heading up the Sturgeon-Weir River, they were confronted by the effects of fire for the first time, in an area Delano estimates burned about five or six years ago. “It’s pretty easy to gauge, by what has grown back, how many years ago it burned,” he says. Since then, he and his friends have witnessed actual fires, sometimes trees burning on both sides of the water, with smoke so thick, they had only 100 m of visibility.

“We had flames come right down to the shoreline one day,” Delano adds. “In the morning, there’s ash on the ground. It looks like snow.” Not that anyone has even mentioned the idea of quitting (or shaving, for that matter), with about 2,300 km to go. The best parts are still to come, including Great Slave Lake and the tundra of the Arctic region.

Currently 184 days into their journey (they started on Jan. 2), they hope to arrive at the finish line in Kugluktuk, Nunavut, in less than two months. “When we started, we had to explain where Kugluktuk is and how we’re going to get there,” Delano says. “Now, people are asking: ‘How did you get here this fast, through the winter? And why?’ ”