Defence minister also says any help from Canada would be strictly from the air, in the form of assaults by its fighter jets 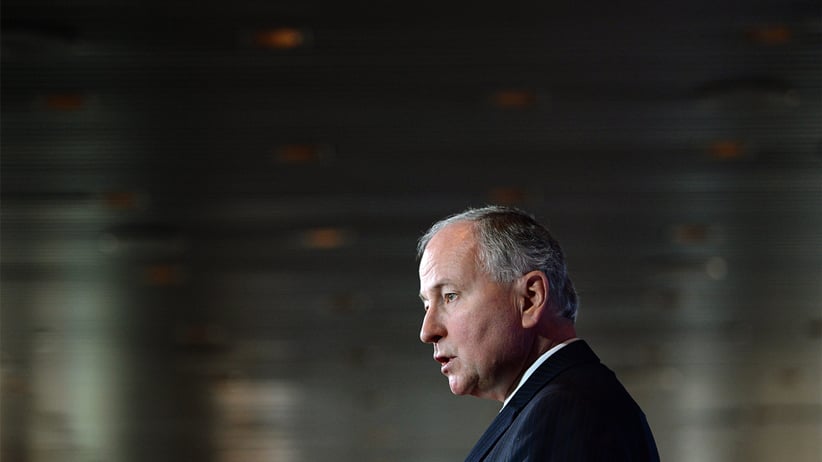 Nicholson also says any help from Canada would be strictly from the air, in the form of assaults by its fighter jets, which are also dropping bombs in neighbouring Syria.

The successful campaign last month by fighters from the Islamic State of Iraq and the Levant to win control of Ramadi, in Anbar province west of Baghdad, was its biggest military gain so far.

Nicholson was on his way to Paris for a large international meeting Tuesday with officials from countries involved in the fight against the militant group.

Before the talks began, Nicholson found himself agreeing with his host, French Foreign Minister Laurent Fabius, who also says it’s up to Iraqi forces to retake Ramadi.

“Our air support has been helpful, and I think it’s absolutely necessary, but ultimately they will have to retake those parts of their country.”

U.S. Defence Secretary Ash Carter criticized Iraqi forces after the fall of Ramadi because they fled even though they outnumbered ISIL troops. He said the Iraqis lacked “the will to fight.”

Carter has said he wants to find ways to improve the training and equipping of Sunni fighters who have complained that the largely Shiite government in Baghdad has been reluctant to help them.

On Monday, Fabius repeated a call — one Canada has also frequently made — for a more inclusive central government in Baghdad, saying unity would be key to eventually winning the fight against ISIL.

“Everything’s on the table” for Tuesday’s talks in Paris, said Nicholson, including stemming the flow of foreign fighters and disrupting ISIL’s financing.

He said more also needs to be done to battle ISIL recruiters in cyberspace, where the militants are stepping up efforts with slick pitches to disaffected young people.

“This has got be on our agenda. It’s not just fighting them on the ground in Iraq and Syria. It’s also a question of countering what they are doing,” said Nicholson.

After Paris, Nicholson will make his first visit to Israel and the Palestinian West Bank.

He will meet the newly re-elected Israeli Prime Minister Benjamin Netanyahu as well as holding talks with his Palestinian counterpart, Riad al-Malki in Ramallah.

Nicholson’s predecessor, John Baird, was pelted with shoes and eggs when confronted by Palestinian protesters earlier this year on his final trip to Ramallah.

Nicholson said he’s not daunted by what happened to Baird, and he made no apologies for Canada’s firm support of Israel.

“We want to see a resolution of the issues in that area, and we continue to be great supporters and allies of Israel.”