In the news today: Mike Duffy, a climate deal, and Game 3 of the NBA Easter Conference quarter-final 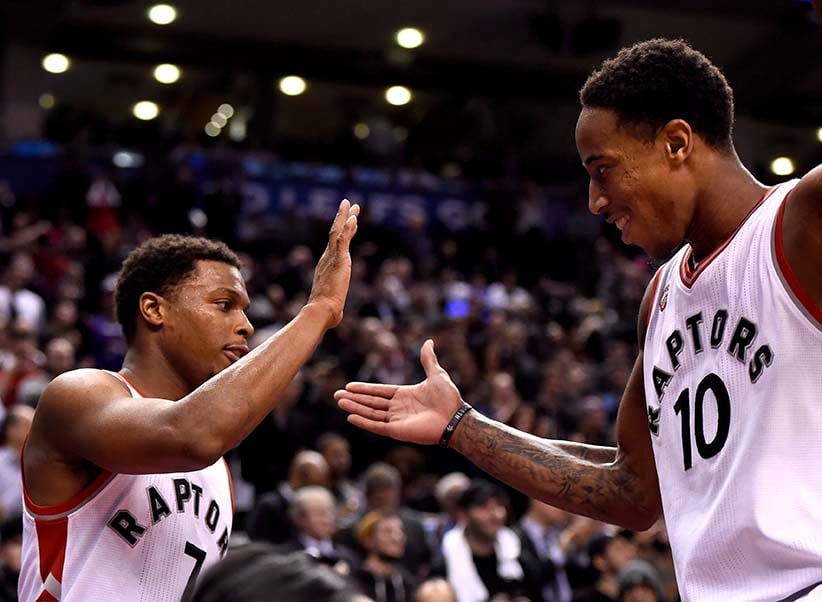 Prime Minister Justin Trudeau is in New York for a series of events, including the signing of the Paris climate-change agreement tomorrow. Trudeau will attend a question-and-answer session with students at New York University this morning, attend various meetings and pop into a boxing gym for a photo-op. This is Trudeau’s fourth trip to the U.S. since last month.

A judge will issue a long-awaited ruling today on more than two dozen criminal charges against Sen. Mike Duffy. The 31 counts of fraud, bribery and breach of trust were laid in July 2014. Duffy has pleaded not guilty to all of the charges before Ontario Court Justice Charles Vaillancourt, who will render his decision this morning in an Ottawa courtroom.

RACE ON TO DEVELOP POT BREATHALYZERS

Companies developing breathalyzers to detect marijuana’s main psychoactive ingredient in suspected cannabis-impaired drivers appear to be entering a crowded field as Canada prepares to legalize pot next year. Mina Hoofar, a University of British Columbia engineering professor, is the latest to create a breathalyzer she says can detect THC levels in the breath of someone who has smoked pot.

The man in charge of the $9.2 billion Muskrat Falls hydro project in Labrador is stepping down amid intense scrutiny of cost and schedule overruns. Ed Martin says it was his decision to step down as president and CEO of Crown corporation Nalcor Energy and wasn’t pushed to go. By late Wednesday, a source who wasn’t authorized to speak publicly confirmed that the entire Nalcor board is also resigning as of tomorrow in apparent solidarity.

WestJet is rejecting allegations made by a former flight attendant that it fails to provide a harassment-free workplace for its female employees, saying it would not put its reputation at stake by inadequately dealing with complaints. The Calgary-based airline’s response to a civil claim, filed this week in British Columbia Supreme Court, argues against granting class-action status to a lawsuit launched earlier this month by Mandalena Lewis.

The Conference Board of Canada will release a report on the environmental performance of Canada and 15 peer countries.

The Toronto Raptors play the Indiana Pacers in Game 3 of their NBA Eastern Conference quarter-final.