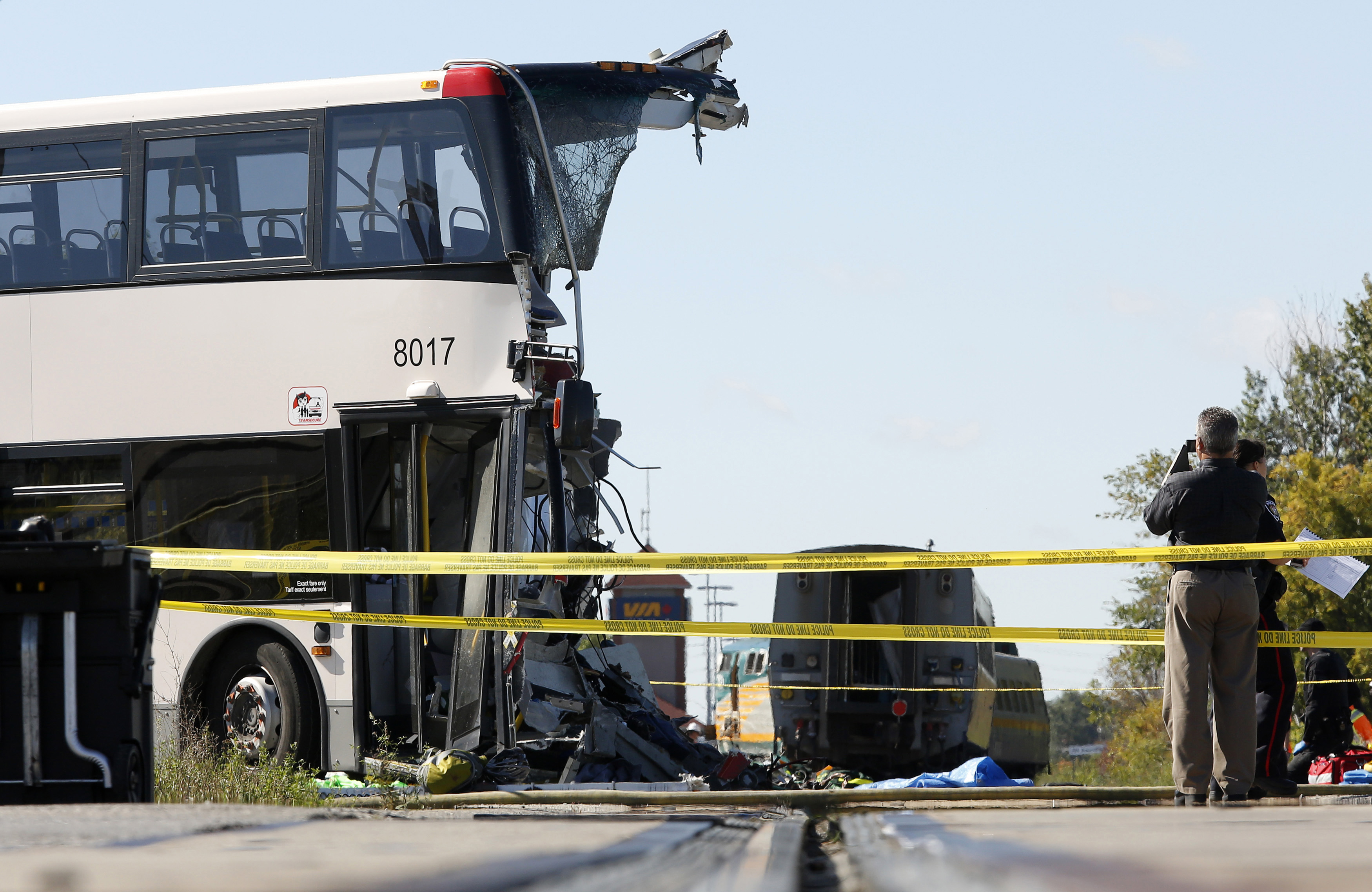 The Transportation Safety Board is to release its report today on a collision between an Ottawa transit bus and a passenger train which killed six people. The deadly crash between the OC Transpo bus and a Via Rail train. An interim report from the TSB last year said the bus was travelling just above the speed limit at the time of the crash in September 2013.

The RCMP have shot a suspect wanted in a triple homicide west of Edmonton while trying to arrest him at a location close to where the bodies were found on the weekend. Supt. Gary Steinke said Mickell Clayton Bailey, 19, of Edson, was transported to hospital with serious injuries. Autopsies have not yet been completed, but a police spokesman has said the victims suffered “obvious trauma.”

A forum hosted by Gov. Gen David Johnston heard that Canada could welcome as many as 50,000 refugees by the end of 2016. Johnston urged Canadians to embrace those fleeing Syria, calling Canada’s response to the crisis a “defining moment” for the country. The forum brought federal, provincial and municipal political leaders together with heads of business and aid groups trying to better co-ordinate efforts to deal with the impending influx of refugees.

Interim Conservative leader Rona Ambrose has been seeking advice from former Tory prime ministers, who told her the party should be making sure Progressive Conservatives feel welcome. In the past few weeks, Ambrose has spoken to Brian Mulroney, Joe Clark and Kim Campbell, and to former Reform Party leader Preston Manning. Ambrose says thy’ve all agreed that the party shouldn’t rush a leadership race.

Ontario’s auditor general will release her annual report today and it is expected to go after the Liberal government in some contentious areas, including the electricity system and home care. Bonnie Lysyk’s report is set to cover 14 program areas in which her office conducted audits to see if taxpayers are getting value for their money.

The Boston Red Sox and ace pitcher David Price have agreed to a deal worth $217 million over seven years, according to a person familiar with the negotiations who spoke to The Associated Press. Price was acquired by the Toronto Blue Jays near the trade deadline last season and excelled down the stretch, helping Toronto end a 22-year playoff drought.

The Bank of Canada will announce its decision on the target for the overnight rate.

The Royal Bank and National Bank of Canada will release fourth-quarter and year-end results.

The Canadian American Business Council hosts a “State of the Relationship” summit and award event in Ottawa.