Niqabs in the workplace? Who cares.

While Harper hints at a ban on niqabs in the public service, there’s no evidence they’ve ever been an issue among actual workers 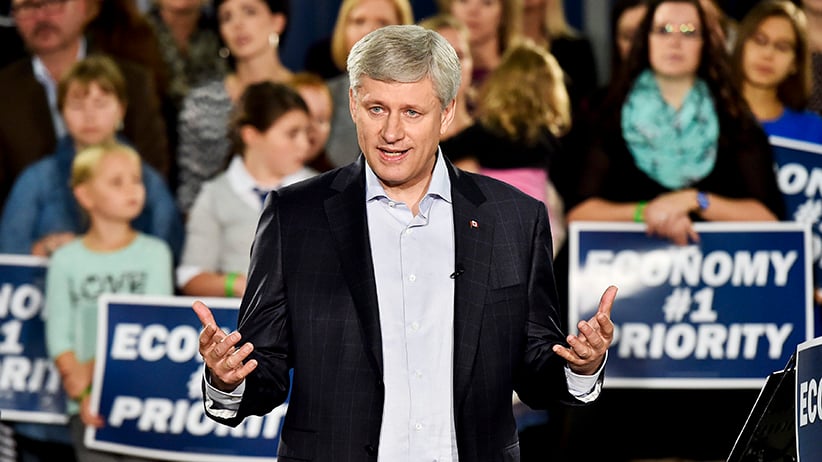 Where’s Waldo? He’s easier to find than the Canadian civil servant who actually cares about the religious headwear of his or her colleagues. On CBC’s Power and Politics on Tuesday, Stephen Harper said that the Conservatives are eyeing Quebec legislation to ban niqabs in the civil service. “That’s a matter we’re going to examine,” Harper said, adding that “we’re a society of openness and of equality and this is what we want to promote.”

The statement contradicts Treasury Board president Tony Clement, who said in March that a ban on niqabs should strictly apply to citizenship ceremonies and “that doesn’t mean you can impose that view on the workplace or private sphere.”

While only two women have been directly affected by the Conservative government’s effort to ban niqabs at swearing-in ceremonies, not one federal servant has voiced concerns about niqabs in the workplace, say union leaders. “It’s a non-issue. It’s never once come up,” says Emmanuelle Tremblay, president of the Canadian Association of Professional Employees.

Related: An in-depth Maclean’s primer on the niqab issue

On Wednesday morning, Tremblay and the leaders of 10 other federal unions (out of 18 in the country) held a press conference to publicize their casting of  ballots in an advanced poll. When a reporter asked a question about niqabs, says Tremblay, none of the union leaders said niqabs in the workplace was a concern, including the leaders of Canada’s largest unions, representing approximately 300,000 federal employees.

Similarly, Nicolas McCarthy and Joe Boughner, communications directors of the Association of Justice Counsel and the Association of Canadian Financial Officers, respectively, confirm that their unions have never heard members mention niqabs in the workplace.

Meanwhile, Tremblay lists off a series of important issues they do care about. “There are so many more worrisome things that the Prime Minster has said,” she explains. She notes the politicization of federal servants and the disappearance of proper bidding processes for contracts. “Bringing up this niqab thing is adding fuel to the fire,” she says.

On Wednesday, the other federal party leaders, Tom Mulcair, Justin Trudeau and Elizabeth May, were also busy scolding Harper  for distracting voters from other issues. Trudeau accused Harper of stoking anti-Muslim fears: “To the Prime Minister directly: Stop this before someone truly gets hurt. We’ve had women attacked in the streets for wearing hijabs and niqabs. This is not Canada,” he told the CBC.

There have been plenty of suggestions as to what the real issues should be in this election—columnists have urged voters to consider the state of Canadian manufacturing, the treatment of aboriginal people, income security, the state of the Senate, childcare, and much more. And yet, the headdress hullabaloo goes on.