'It is the first thing I've ever done wrong,' Calgary man says of PR stunt 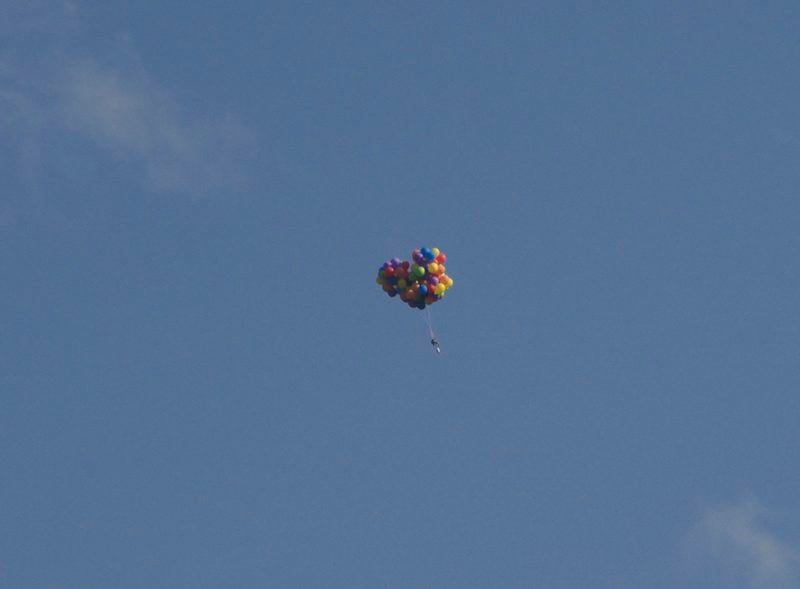 A Calgary man got more than he bargained for when he flew over the city in a lawn chair attached to helium balloons and then had to parachute to safety. Police have charged the man with mischief and say more charges could be on the way. THE CANADIAN PRESS/HO-Tom Warne

That’s how a Calgary man describes flying over the city in a lawn chair attached to helium balloons and then parachuting to safety.

Police have charged Daniel Boria, who is 26, with mischief and say more charges could be on the way.

“We didn’t think it would be pursued this aggressively and we didn’t think the outcome would be this negative, but at the same time it was the most exhilarating experience I could ever imagine, so no we definitely don’t regret it,” he said Monday.

He’s worried about other potential charges following the publicity stunt for his cleaning services company.

“It is a little bit of a worry, I’m not going to lie,” Boria said. “It is the first thing I’ve ever done wrong, but the police were extremely nice to me.”

“Maybe we did make a few bad judgment calls, but all in all, everyone was really accommodating and I think most people understood why we did it and they thought it was just fantastic, all the feedback we’re getting is fantastic.”

“Everybody sort of laughs and thinks about some guy in a lawn chair floating over the city, but when you sit back and you think about it, it’s just very irresponsible,” Insp. Kyle Grant said.

“He’s flying over a city of 1.2 million, heading towards the Stampede grounds, hundreds of thousands of people, the last thing we want to see is anybody injured, whether it’s himself the pilot or a member of the public.”

Boria said he and his team planned so that the only person’s safety at risk would be his own.

“That’s something you never want to live with, we don’t believe it was a dangerous stunt, we’re the ones who put it together, it was a five-pound lawn chair, the balloons popped one by one and it would come down very slow,” he said.

On Sunday, a person was spotted floating over the Stampede grounds in the chair, which was attached to more than 100 helium balloons. He was then seen gliding to the ground outside of Stampede area using a parachute.

“He sat in the chair and began floating over Calgary. It’s my understanding that he didn’t have any sort of device to steer the craft and got to a point so high at cloud level that he became a little worried and decided to jump from the chair,” Grant said.

“He deployed the parachute and ended up landing in a green space and rolled his ankle, causing minor injury. He was looked at by EMS, then taken into custody and eventually charged.”

The stunt brings to mind the 2009 animated movie “Up” in which an elderly widower ties thousands of balloons to his home and takes off on an adventure.

Grant said no one was hurt, but it could have ended up differently.