Alberta premier delivers speech in Ottawa, suggesting economic situation would be worse with PCs in power 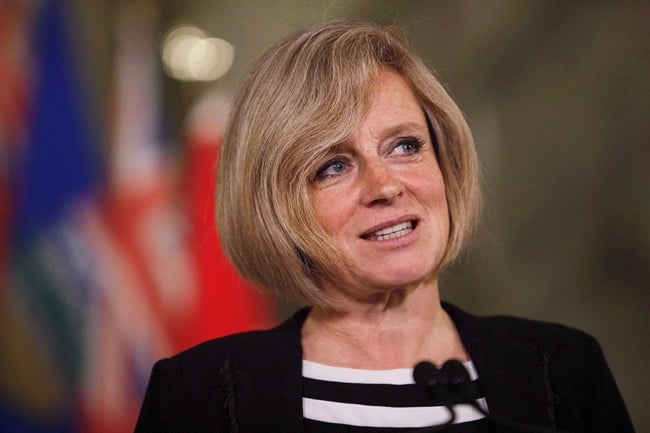 While the situation is bad, it would have been far worse if her NDP party had lost the last election to the Progressive Conservatives, Notley said in a spirited speech to Unifor union members at their convention in Ottawa on Wednesday.

“Our province, we know, cannot run deficits indefinitely,” Notley said. “We know that. We’re very conscious of that.

“But we can manage our fiscal challenges patiently and wisely and carefully,” she said. “We can set a course to return to fiscal balance as our economy recovers.”

She said Albertans are on side with her plan.

Alberta is racking up multibillion-dollar deficits as it wrestles with persistent low oil prices that have taken great bites out of the bottom line of the resource-rich province.

Notley’s NDP, elected in 2015, has chosen not to respond with deep cuts to staff or services. Instead, it has ramped up capital spending on roads, hospitals and schools to try to spur the economy and close the gap on its infrastructure needs.

The government is also freeing up loans and other incentives in an attempt to diversify the economy and unharness it from dependence on oil and gas.

The downside has been multiple credit downgrades, a debt that will surpass $30 billion this year and is forecast to reach $58 billion before the end of the decade. Debt-servicing costs this year will surpass $1 billion.

Notley’s government has been criticized for making a bad economic situation worse by increasing corporate taxes, winding down coal-fired electricity, bumping up the minimum wage and bringing in a carbon tax next year that will increase gasoline prices and home heating bills.

There will be rebates for lower- and middle-income households on the carbon tax.

Notley said her government is doing what it promised to do and reiterated that if the Tories had won, things would be very different.

“Their idea was that if you fire thousands of teachers, teachers aides, school support workers, nurses, nurses aides and people that work in the hospitals that somehow the price of oil would go back up,” she said.

“We’re not just going to cross our fingers and hope that cutting taxes for rich people will magically turn the economy around. That’s what Conservatives do.”

The PCs have said they have never advocated gutting front-line services, and the New Democrats need to do a better job streamlining and finding efficiencies.

“They’ve actually killed more jobs than they have created,” McIver said in an interview.

“The premier went all the way to Ottawa and in front of a friendly crowd sounded defensive and desperate. I think that’s telling.”