'A dedicated man of the people, Councillor Ford spent his life serving the citizens of Toronto' 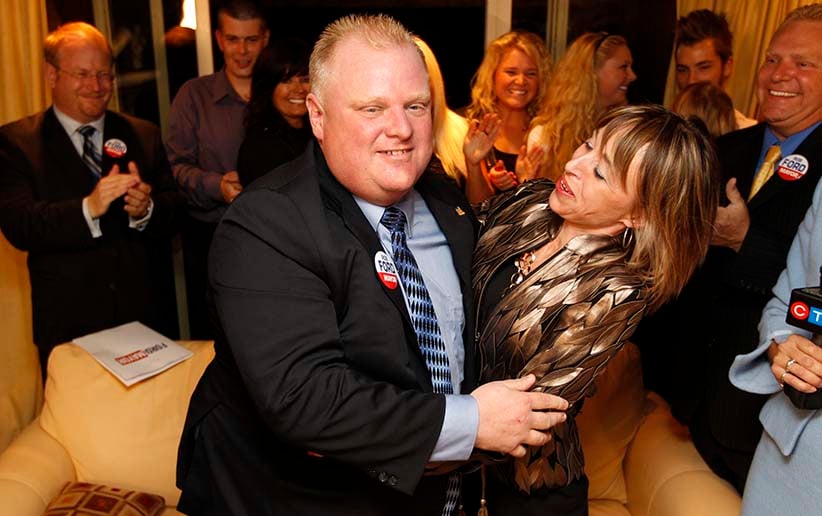 TORONTO — Rob Ford, a man simultaneously adored by his fans and abhorred by his foes as his scandal-packed term as mayor of Canada’s largest city propelled him to international infamy, has died.

Ford, 46, succumbed to cancer Tuesday, 18 months after doctors discovered a softball-sized malignant tumour in his abdomen, his family announced in a statement.

“A dedicated man of the people, Councillor Ford spent his life serving the citizens of Toronto,” said a statement from his family.

The diagnosis in September 2014 came less than a year after Ford confessed to smoking crack while in one of his “drunken stupors” and forced the mayor to withdraw from his bid for re-election in favour of running for councillor in his west-end ward.

He won in a landslide despite three years of headline-generating notoriety that included slurs against minorities and lewd, public innuendo about his marital sex life on top of his admission — after months of denials — of serious crack cocaine and alcohol abuse.

Those who knew Ford describe a man whose loyalty to family and friends was as unshakeable as the support he received from the “Ford Nation” segment of voters inspired by his rough-around-the-edges, ordinary-guy persona.

“He’s very loyal to his friends. He has a big heart,” is the way former Liberal MP John Nunziata, a Ford family friend, put it. “He doesn’t throw his friends under the bus.” 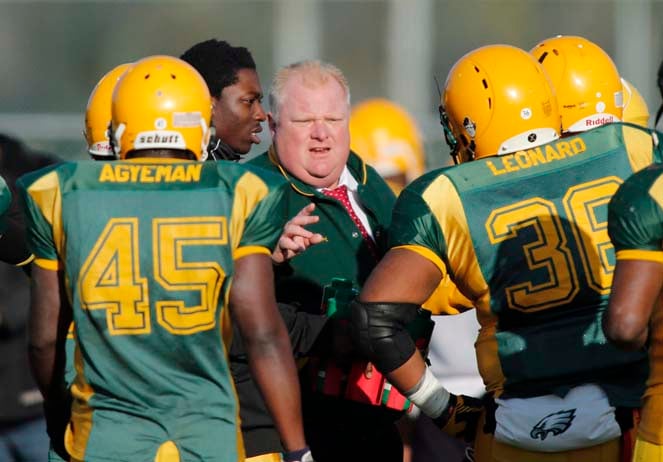 The loyalty was reciprocated. His family stood steadfastly by him through his scandals and, then, through the dark days of his illness.

A significant segment of the public also continued to breathe life into the “Ford Nation.”

Ford’s brother, Doug Ford, who picked up the mayoral candidacy torch after the cancer bombshell, placed a respectable second in the October 2014 municipal vote — a sign many said of his brother’s enduring popularity.

Liberal Prime Minister Justin Trudeau, asked recently about the popularity of U.S. presidential hopeful Donald Trump, invoked the populist approach taken by Ford, whose anti-elitist rhetoric resonated with many people even as he staggered under the weight of the crack-cocaine scandal and derision from those opposed to his public vulgarity.

“There were a lot of people who didn’t get it,” Trudeau said of Ford. “But he tapped into a very real and legitimate sense that people had around who politicians were.”

Ford, who kept a photograph of his late father taped to his mayor’s office computer, revelled in his everyman persona. The self-described “ordinary guy” drove his own car to work every day — albeit a luxury SUV — and railed against “downtown elites” and a “gravy train” he said needed derailing at city hall.

He was, grudging admirers said, the consummate retail politician who had an uncanny knack of making people feel that he really cared about their plights.

Yet whatever his political accomplishments, his time in office became known for its sordid explosion into an unprecedented political circus that quickly became an international story.

Fuelling the circus were drugs and alcohol, followed by denials, confessions and apologies.

Secretly taken cellphone videos were leaked, resulting in blaring headlines not just in Canada but beyond. The first apparently showed him using crack and uttering slurs against minorities. Ford claimed to have no idea what it was about.

Other videos and audio recordings followed. He spewed profanities, made offensive comments about women. The high school football team — one he had proudly coached for years — dropped him. Top aides deserted him or were fired.

An extensive police investigation turned up links between Ford, known drug dealers and gang members. His friend and part-time driver, Alexander (Sandro) Lisi, was charged with extortion, apparently as he tried to retrieve the “crack” video. That case is ongoing.

Ford narrowly survived a legal attempt to have him booted from office for conflict of interest — on a technicality. However, council stripped him of almost all his power. Yet Ford, backed up or egged on by his councillor brother and with the undying support of the Ford faithful, blustered his way through it all.

People lined up almost half-way around City Hall at one point to buy a Ford bobblehead. He was mobbed like a rock star wherever he went. He revelled in the attention. Even a two-month stint in rehab became, in his words, “awesome.”

First elected as a councillor in 2000, Ford sparked controversy almost from the get-go.

“Oriental people work like dogs….They’re slowly taking over,” he told one council meeting. He consistently voted against AIDS funding or other social and arts grants. He ranted about a “war on cars,” and spoke out against cyclists.

Increasingly, however, his come-from-behind election as mayor in 2010 began unravelling. Ex-staffers described a man by turns ill-tempered and weepy, one who could not resist the bottle, even while behind the wheel of a car.

Late-night TV comics lapped it up. The mayor became a household name in Canada and a recognizable name in far-flung parts of the globe. Asked in October 2014 how his mayoralty would be remembered, Ford laughed.

“It’ll definitely be remembered,” he said with rare understatement. “No one’s going to forget it.”

Ultimately, it was the rare, aggressive large tumour in Ford’s abdomen that caused the circus tent to come crashing down. Surgery and a repeated regimen of chemotherapy took its toll. He lost his hair. He soldiered on, at times unable even to climb a set of stairs; he battled pneumonia; he became a fixture at city hall in his red track suit — all evidence of his mantra that a Ford “never quits.”

On election night in 2014, he praised his brother before vowing to return to fight for the city’s top job in the next election. Few doubted he would make good on the promise given half a chance.

Funeral arrangements have not been made but a large turnout is likely, as is a period of “lying in repose” at City Hall. Jack Layton’s flag-draped coffin sat at City Hall following his death in 2011 — and Ford, then mayor, paid his respects.

“To him, funerals are mandatory when it comes to friends,” Nunziata said.

The former mayor is survived by his wife, two children, his mother, and three siblings.