In the pursuit of more diverse leaders, Halifax votes in its first councillor of colour in nearly two decades 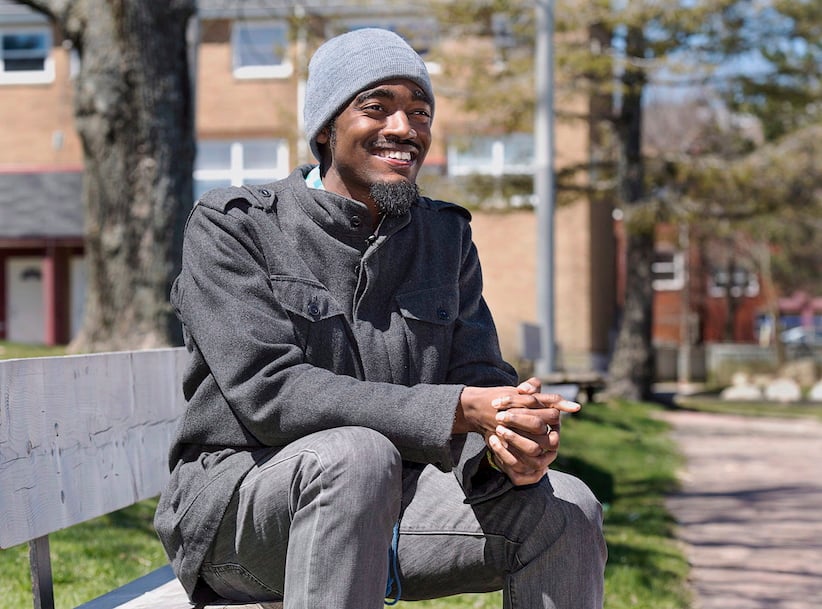 HALIFAX—Lindell Smith set out to start a conversation about diversity at Halifax city hall this summer, and it seems people listened: the 26-year-old has now become the first African Nova Scotian elected to city council in 16 years.

“People from all communities went out and voted. The numbers show … something different is needed,” Smith said after Halifax’s municipal elections wrapped up over the weekend. “When someone comes in and starts asking questions, people realize, ‘We don’t know why we still do it that way.'”

Towns and cities across Nova Scotia made modest gains in diversity with the results of municipal elections on Saturday, but Smith and others note the province still has a long way to go.

Smith decisively won a seven-way race for the city’s north-end district with about 52 per cent of the vote.

The 26-year-old will be the first black city councillor elected since 2000—when Graham Downey, the only other visible minority member to serve in Halifax regional council since its inception in 1996, lost the seat Smith now occupies.

“For the black community, it’s like we have somebody who’s at the leadership table,” Smith says. “It’s almost this sigh of relief like, ‘Wow, it took this long.’ ”

Smith’s predecessor, outgoing councillor Jennifer Watts, did not seek re-election in the north-end district. She expressed hope this election would change the composition of the then all-white, three-quarters male and “predominately older” council to better reflect the city it serves.

Despite having a more diverse roster of candidates this year—including seven visible minorities and the city’s first openly transgender candidate—Smith was the only member of a previously unrepresented group to get elected. Meanwhile, the number of female councillors in City Hall shrunk from four to two.

“It’s great that we have someone who’s not of European descent and is not over fifty, but we need to have all different voices,” Smith says.

In Kentville, about an hour’s drive west of Halifax, political newcomer Sandra Snow defeated outgoing mayor Dave Corkum with 70 per cent of the vote. The retired military aviation contractor looks forward to leading a council with four of its seven seats occupied by women.

“Women tend to lead from the heart,” Snow says. “I think when we’re discussing issues, there will be a lot more collaboration around the table.”

It’s a sight that would make former Kentville mayor Gladys Porter proud, Snow says. Porter became the first woman in the Martimes to be elected mayor 70 years ago, and after 11 years in office, went on to serve as the first female member of Nova Scotia legislature.

Wolfville saw the gender balance in its Town Hall shift dramatically with women clinching five out of six council seats.

Wendy Donovan, who was re-elected Saturday, estimates there have been around six female councillors in the town’s history. Still, Donovan says the election outcome says more to the women’s work ethic than about their gender.

“There was no old girls’ network,” Donovan says. “It’s become a part of (women’s) persona. You know you have to work hard, so you’re going to work hard.”

Smith says these pockets of change at the city level are just the beginning. As he led a procession of supporters to a polling station to cast his ballot on Saturday, signs and balloons waving, his supporters were of all races, ages, sexualities and genders. He walked down the street with his voter card in hand, trailed by pink-mohawked hipster, a woman on a motor scooter and his seven-year-old daughter. After 16 years of an all-white council, Smith thinks his campaign broke through because it was something the whole community wanted.

“This is only the first step,” Smith says. “Our cities, our province, our county—it’s diverse … If our leadership doesn’t look the same way as our residents do, what does that tell our residents?”