Love him or hate him, there was no question of where the Quebec leader stood 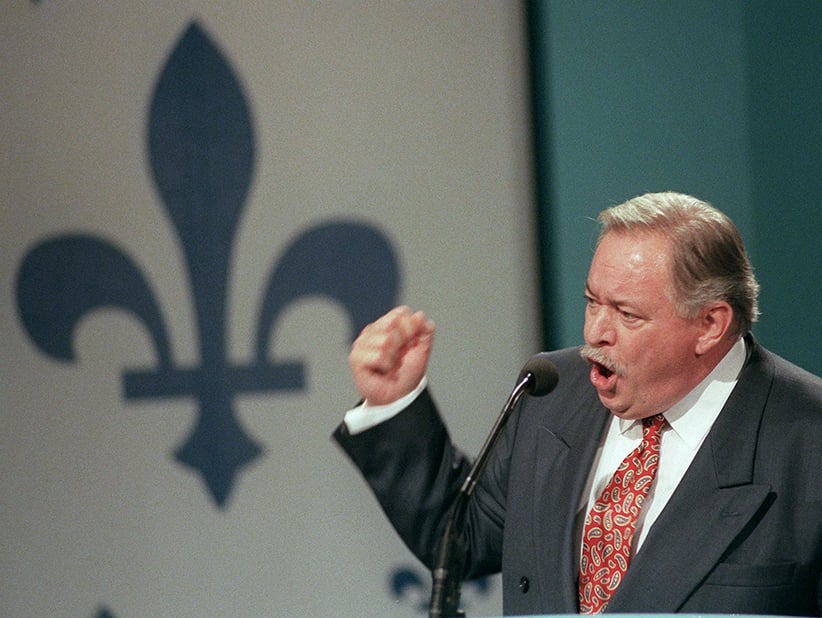 MONTREAL — Jacques Parizeau, the blunt-talking sovereigntist premier whose strategic cunning came close to ripping Quebec out of Canada, has died. He was 84.

His spouse, Lisette Lapointe, announced his death Monday night on her Facebook page.

“Immense grief tonight,” Lapointe said. “The man of my life has gone. … He was surrounded by love. After a titanic fight, hospitalized for five months, facing challenges one after the other with extraordinary courage and determination, he passed away. … We are devastated.

“We love him and will love him forever.”

The blustery, mustachioed Parizeau was premier during the 1995 provincial referendum which saw the federalist No side defeat sovereigntists by a whisker after a bitter campaign.

In a career-ending slag on referendum night, Parizeau blamed “money and the ethnic vote” for the loss and was roundly criticized to the point that he resigned as premier a day later.

“That night was a tragedy for him and for us,” Jean-François Lisée, one of Parizeau’s key advisers at the time, said in a 2006 interview on the public Télé-Québec network. “It was brute emotion. (The referendum) was a big step forward but all he saw was his failure to take the next step. And that anger came out.”

Parizeau, one of the most influential Quebecers of his generation, had never minced words.

He was outspoken, sometimes to the point of making his audience cringe, but love him or hate him, there was no question of where Parizeau stood — unabashedly in favour of Quebec sovereignty.

“To try to orient one’s life toward having and building one’s country, I think is a very worthwhile purpose,” he said in an interview after the 1995 referendum loss.

Parizeau hailed from a prominent family in the upscale Montreal suburb of Outremont. His grandfather was the head of the Quebec Chamber of Notaries and his father was a historian and author as well as the president of an insurance company.

Parizeau studied at the Université de Montréal’s highly regarded business school as well as in Paris. 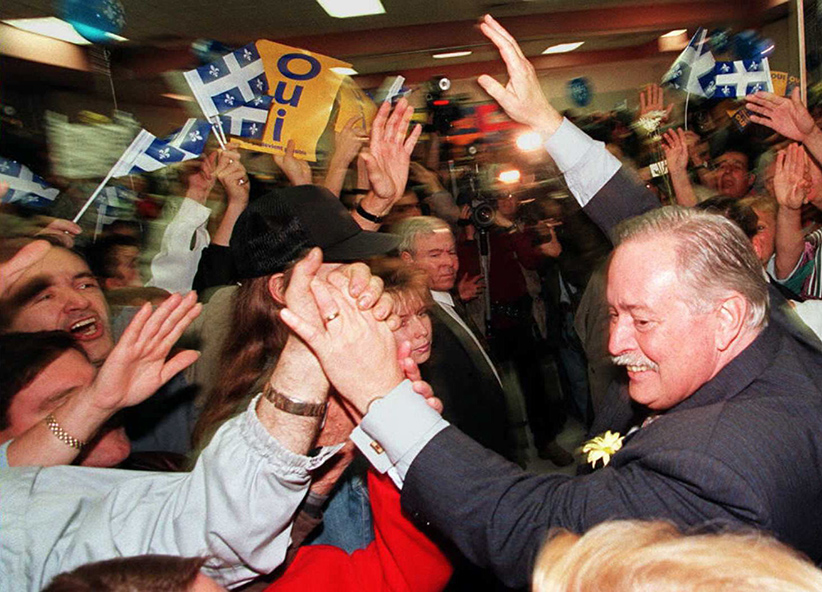 He was also schooled at the prestigious London School of Economics in the 1950s, where he picked up a number of British affectations such as a penchant for three-piece bankers’ suits, expressions like “By Jove!” and a gruff British tinge to his accent when he spoke English.

Parizeau was a shrewd businessman but his mark was made in government service, both as a senior bureaucrat and later as a member on the front benches of the legislature.

He was a key adviser to the provincial government in the 1960s and instrumental in the nationalization of Hydro-Québec and the creation of the provincial pension plan.

As finance minister in the first Parti Québécois government in the 1970s, he was responsible for a number of innovations including the Quebec Stock Savings Plan. He also contributed to giving Quebecers the dubious distinction of paying among the highest taxes in Canada.

He was blamed for the decision to nationalize the asbestos industry just before it collapsed when links were made between asbestos and cancer. He also oversaw a massive jump in Quebec’s debt.

Parizeau’s stint as finance minister ended in 1984 when he split with the PQ over then-premier René Lévesque’s decision to put sovereignty on the back burner.

Parizeau briefly retired from politics but returned to win the PQ leadership in 1988 after the departure of Lévesque’s short-term replacement, Pierre Marc Johnson.

He lost in his first bid to take power but was elected with a majority government in 1994, promising to hold a referendum within the first year of his mandate.

But Parizeau lacked the common touch so often attributed to the revered Lévesque. Parizeau never denied it and it put him in the shadow of then-Bloc Québécois leader Lucien Bouchard during the referendum campaign.

He eventually ceded the forefront of the Yes committee’s leadership to Bouchard, who had gained near mythic status with Quebecers after surviving a bout with deadly flesh-eating disease.

The strategy worked well. Bouchard stirred Quebecers with his passionate oratory while Parizeau worked behind the scenes, making Quebec Crown agencies squirrel away billions to offset any financial shock from a sovereigntist win.

And as Bouchard touted the importance of negotiating with the rest of Canada, Parizeau courted France to recognize a Quebec declaration of independence.

But Parizeau raised some eyebrows when it emerged he had told a diplomatic audience that despite all the talk of negotiations, it was vital to get a majority vote because then Quebecers would be trapped like “lobsters thrown into boiling water.”

Parizeau figured Quebec could declare independence unilaterally if the sovereigntists were victorious.

Bouchard, who eventually replaced Parizeau when he stepped down, paid tribute to the hardline PQ leader upon his departure, saying, “(We are) on the threshold of the country that is waiting for us. One man has taken us there and his name is Jacques Parizeau.”

The father of two children — Isabelle, a lawyer, and Bernard, a doctor — Parzeau was married to Polish-born novelist Alice Poznanska, who died in 1990. In 1992, he married Lapointe, a former aide who went on to forge her own political career as a member of the Quebec national assembly. 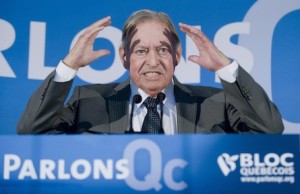 Since quitting politics, Parizeau busied himself with his vineyard and being the occasional thorn in the side of PQ premiers, popping up occasionally to criticize their inaction on sovereignty.

The most recent foray was a few months ago when he criticized his old party, saying it had lost its soul and was facing a “field of ruins.”

In the interview with Radio-Canada that was conducted in February but broadcast only in April, Parizeau said he had the impression PQ members “don’t believe in themselves. So how do you expect people to believe in them?”

He added the PQ no longer had a soul because of constant “byzantine” debates regarding the best time to call an independence referendum.

Parizeau said not all was lost, however, and that the party needed to rebuild and engage Quebecers who are in their 30s and 40s.

“(These people) are collectively very ambitious,” he said. “They aren’t losers; they have a habit of succeeding.”