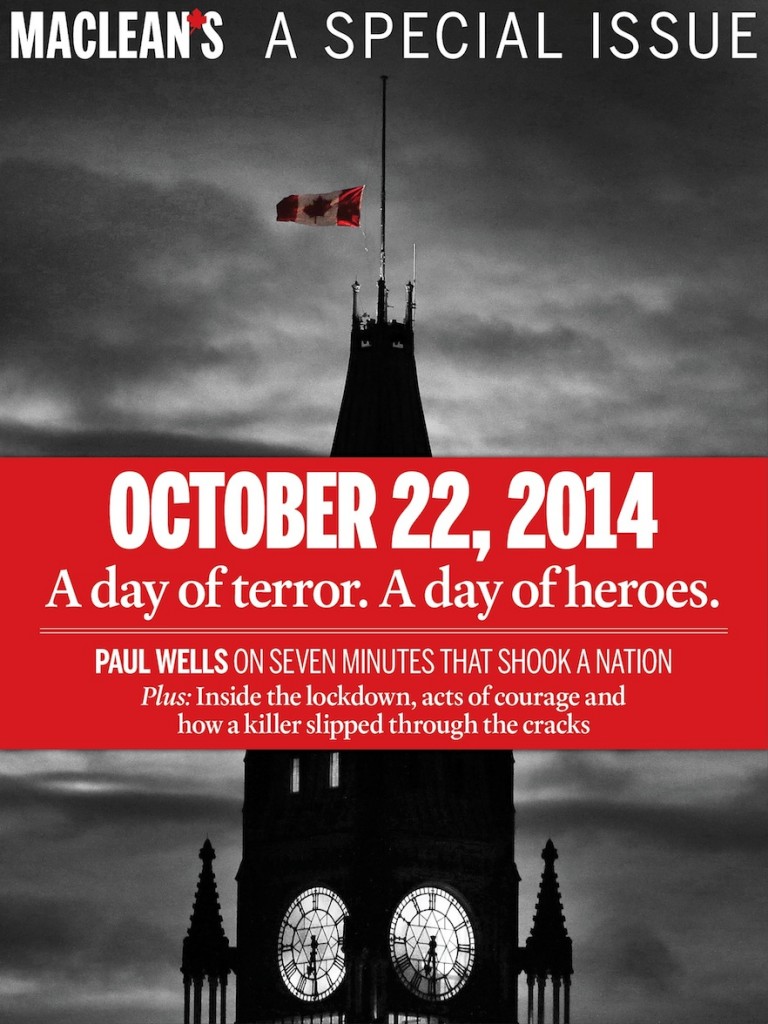 Maclean’s has published a special issue of the magazine focused on the tragic events that unfolded in Ottawa this week. The special issue is free for iPads in the Maclean’s app.

Highlights of the issue:

Timeline of events:  Ottawa’s horror started at around 10:50 a.m. A minute-by-minute analysis of the day no one will forget.

Inside the nation’s desperate day: We now know what happened. Now we must discover why it did.

Inside stories: Audio interviews with four people about the dramatic events that unfolded in the Reading Room while gunfire rang out in the hall

The man who wanted to serve: Nathan Cirillo had long dreamed of a military career and was honoured to be chosen to stand guard over Canada’s most sacred war monument

Canadian apparel: Military uniforms are freighted with symbolism, but in Canada, they suddenly mean so much more

Considering a comrade: Capt. Trevor Greene, who survived an axe attack in Afghanistan, reflects on the events that led to the loss of a fellow soldier

Uncovering a killer: Why Canada couldn’t stop the gunman’s fall into deadly extremism

Back to work: Watch interviews with parliamentarians returning to the Hill 24 hours after the shocking events that locked down their workplace

A quiet town holds its own: Charlotte Gray on why the capital will soon fade back into obscurity

Eyes and ears: What we saw and heard in Ottawa on Oct. 22

Life during wartime: We’re no longer peacekeepers. We are all witnesses to war.

A British soldier’s brutal death: The ugly response to the murder of one of its soldiers last year

Terror of One: No more 9/11s; lone-wolf attacks are the future of terror