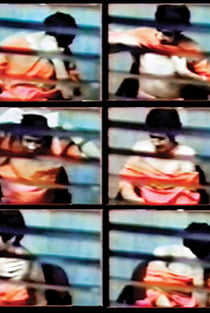 Omar Khadr will be a free man one day. Even if he serves every last second of his current sentence—eight years for the murder of a U.S. soldier in Afghanistan, in addition to the eight-plus years he’s already spent locked away at Guantánamo Bay—Khadr will walk out of his Canadian jail cell in October 2018. At age 32.

He hopes to be sprung much sooner, of course, depending on the outcome of his latest court application (an attempt to have his maximum-security status downgraded, greatly improving his parole prospects). But no matter the ruling, Khadr’s time in captivity—4,100 days and counting—is winding down. At this point, there is only one real question left: When he does get out, how much money will be waiting in his bank account?

While so much attention remains focused on Khadr’s quest for freedom, the next legal battle is quietly ramping up: the fight for financial damages. And like everything else about this unprecedented case—the subject of such fierce, vitriolic debate—the process will polarize Khadr’s fellow citizens that much more. For many, the mere thought of him receiving even a dime of taxpayer money is, well, torture.

At the heart of the looming litigation is a $10-million lawsuit filed back in 2004, alleging numerous Charter breaches at the hands of Canadian officials who flew to Cuba to grill the Toronto-born teen in the early days of his detention. At first glance, the statement of claim appeared destined to fail. Khadr was in American custody, not Canadian, so how could his Charter rights have possibly been breached? But one decade and two Supreme Court decisions later, the suit suddenly seems unbeatable. Twice already, the country’s highest court has scolded Ottawa for stomping on Khadr’s constitutional rights.

From a strictly legal standpoint, it’s hard to imagine a scenario that doesn’t end with Khadr cashing a cheque. Even Daniel Livermore—a retired Foreign Affairs official who was director-general of the department’s security and intelligence branch when the 15-year-old was shot and captured by U.S. forces—says Ottawa didn’t do enough to protect and support Omar Khadr. “If he gets money, it doesn’t bother me at all; look at what the kid has gone through, and look what he is continuing to go through,” Livermore tells Maclean’s. “There was a problem with the Canadian response, and I acknowledge this as an official.”

Stephen Harper’s Conservatives have already spent millions challenging every court application with Khadr’s name on it. Last month, when Khadr showed his face for the first time in a Canadian courtroom to dispute his maximum-security designation, the Prime Minister himself weighed in, telling reporters his government will “vigorously defend” any attempt to soften the penalty Khadr received for his “heinous acts.” That vigorous defence is sure to apply to the lawsuit. If the family case history confirms anything, the feds would much rather roll the dice in front of a judge than deal with the optics of an out-of-court settlement with a Khadr. (Ottawa’s latest statement of defence denies he “has suffered any loss or damage as a result of the acts of Canadian officials” and insists that “an award of monetary damages is not available.”)

To his many defenders, Khadr, now 27, was a vulnerable teen thrust into war by a radical father, then brutally tortured by U.S. interrogators until he confessed to the 2002 grenade attack that killed Sgt. 1st Class Christopher Speer. To others, he remains an admitted, committed jihadist, a boy-now-man who relished the chance to kill coalition troops, bragged about his battlefield exploits, and fabricated tales of horrific abuse in the hopes of securing his release. After more than a decade of spin, by all sides, the truth depends on which facts you’re willing to ignore.

But Khadr’s entire, twisted saga is not the focus of his $10-million lawsuit. Whether he ultimately gets paid will have little to do with who his father was or whether he actually tossed that grenade. His suit hinges entirely on the conduct of Canadian officials, not his own. In fact, the case will live or die on what happened—and what didn’t happen—during three specific visits Canadian officials made during his first two years in captivity.

When he was first apprehended, less than a year after 9/11, Khadr was held at a U.S. military hospital in Bagram. Unable to secure a consular visit, Foreign Affairs bureaucrats pleaded with their U.S. counterparts not to transfer him to Cuba, citing his tender age and Gitmo’s notorious lack of due process. The Americans sent him there anyway. At the time, Khadr’s father, Ahmed Said, was still very alive and very wanted, a reputed al-Qaeda financier fingered for his ties to Osama bin Laden by both the U.S. and the UN. And although Washington considered his son an “enemy combatant” out of reach of consular access, it did permit “intelligence” visits. CSIS was granted permission to interview him in February 2003, six months after his capture; an official from the Foreign Affairs intelligence branch was allowed to hitch along for the ride.

In chilling video footage released by a judge years later, a 16-year-old Khadr pleaded with the unnamed CSIS agents to bring him back to Canada, insisting he’d been tortured. “Promise me you are going to protect me from the Americans,” he begged. A subsequent report written by the visiting diplomat said Khadr’s abuse allegations “did not ring true.” CSIS, for the record, considered the visit “highly successful.” (Seven months later, in September 2003, CSIS made a second trip to Guantánamo, this time without a diplomat. Again, Khadr claimed his previous confessions about his family’s al-Qaeda connections were false, the result of “torture.” When asked to describe the abuse he endured, Khadr told CSIS: “Listening to other people scream.”)

It was those CSIS trips that triggered Khadr’s lawsuit in early 2004, alleging Canadian spies questioned him without advising him of his basic rights to silence and legal representation—knowing full well his answers would be shared with U.S. authorities, who were weighing potential criminal charges. When Khadr was finally charged in late 2005, his legal team filed another Federal Court action, demanding access to the fruits of those CSIS interviews. An epic fight over Khadr’s Charter rights, separate from the lawsuit, had begun.

In May 2008, after two divided lower court rulings, the Supreme Court sided with Khadr—for the first time. By then, America’s highest court had already ruled that Guantánamo, circa 2003, was an illegal operation where inmates had no right to challenge their incarceration. “To the extent that Canada has participated in that process,” the Supreme Court ruled, “it has a constitutional duty to disclose information obtained by that participation to a Canadian citizen whose liberty is at stake.”

When forced, Ottawa did release all relevant documents. Among them was another bombshell report from Foreign Affairs, this one describing a solo visit by the same diplomat who accompanied CSIS on that first flight to Cuba. The April 2004 memo revealed that Khadr had been subjected to three weeks of systemic sleep deprivation “in an effort to make him more amenable and willing to talk.” Dubbed the “frequent flyer program,” his U.S. jailers moved him from cell to cell every three hours for 21 consecutive days.

Armed with that discovery, Khadr’s lawyers went back to court, arguing yet another Charter breach and demanding Harper request his repatriation. The Supreme Court would not go quite that far, but it did conclude—again—that Canada violated his rights. Knowingly questioning a sleep-deprived teenager, the court concluded, “violates the principles of fundamental justice” and “offends the most basic Canadian standards about the treatment of detained youth suspects.”

Inching along as all the other court battles played out, Khadr’s $10-million lawsuit is now nearly 10 years old. His lawyer is in the process of amending the statement of claim, and if approved, the damages being sought are almost certain to escalate. Two favourable rulings from the Supreme Court will do that.

But even if Khadr does win a judgment—next year, or five years from now—the fight will not be finished. Not even close.

Just months after he filed his lawsuit, Sgt. Speer’s widow launched her own claim in a U.S. court, demanding damages from the estate of Khadr’s dead father: a man who allegedly “coerced, aided, instructed and promoted his minor child to commit violent, dangerous and criminal acts of international terrorism.” Tabitha Speer’s sworn affidavit, filed in 2005, is a heartbreaking document. “Surviving every day without Christopher has been utter hell,” she wrote. “I would trade any amount of money to have him back. Every day I think about Christopher and imagine how our life would have been.”

In 2006, a Utah court granted a default judgment—worth a whopping US$102.6 million—in favour of Speer’s widow and another soldier, Sgt. 1st Class Layne Morris, who lost his right eye during that fateful firefight. The judge concluded that Ahmed Khadr was a “long-time member” of bin Laden’s terror network who “encouraged his sons to join al-Qaeda and to carry out its work.”

Nearly eight years later, Speer and Morris have not received a penny. But if Omar Khadr ever wins his lawsuit, the pair’s lawyers are ready to come to Canada and attempt to enforce their U.S. judgment. “First and foremost, it’s about keeping funds out of the hands of terrorists,” says Morris, now retired. “All the evidence is that Omar Khadr is a committed, dedicated jihadist, so to simply hand him a cheque for $10-million is really just turning that money over to al-Qaeda. There is no good that can come from that.”

In this case, 11 years on, nothing good has.