In many countries an unpopular idea can prove costly. But not in Canada, the champion of academic freedom and free speech.... right? 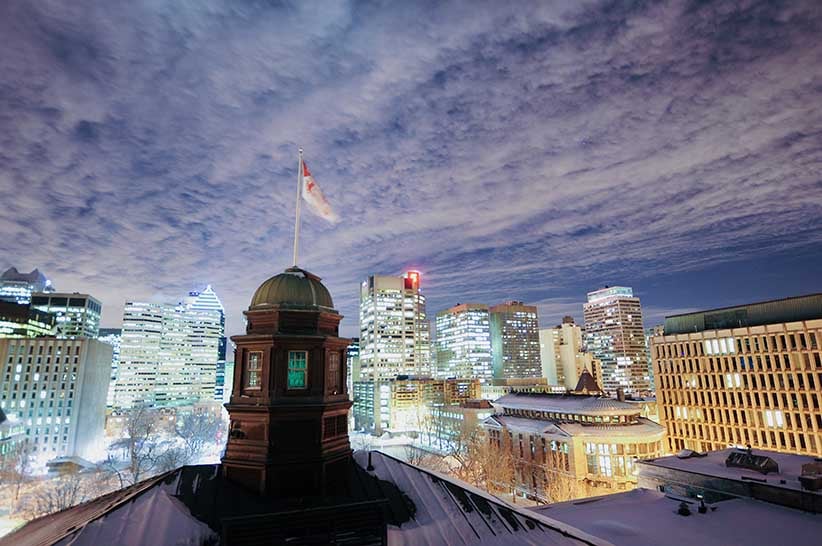 I received a text message a couple of days ago. It began “Tread carefully, Scott”. And it went on to warn me against circulating a column written by Andrew Potter.

Potter is a friend. He’d just written a short essay for Maclean’s decrying the decay of Quebec. It was a mixture of data and anecdotes and it proposed a new way of explaining the chronic dysfunction of that province. Typically when an “outsider” (in this case an Anglo living in Montreal) criticizes Quebec, there is an immediate and predictable reaction. Quebecers are indignant and scream “That’s racist!” and other Canadians cringe and whisper “That’s insensitive.”

We’ve been on this ride before, at Maclean’s. In 2010, a cover story about Quebec’s endemic corruption led to a formal rebuke by Parliament. (And was then followed by years of more corruption scandals and trials.)

So the SMS message I received was not surprising. And perhaps the intentions were good—a friendly warning to make sure I didn’t side with a bad argument. But those words, “Tread carefully”, were infuriating.

I’ve heard them before, in other places. I lived in Southeast Asia for a while, in countries that were split deeply by ethnic and religious divides. As a diplomat, there were many issues that required me to step gingerly. The wrong idea, the wrong word, could fall on the wrong ears and create painful complications at best, or endanger people at worst. Those who had lived in these places longer than me would warn, “Tread carefully”.

In those years I worked with democracy activists and human rights advocates who needed to watch their words far more than I did. They knew that new ideas or even simply honesty, could be very dangerous. I used to talk to one priest in particular, who stubbornly refused to “tread carefully”. Father Hilario didn’t so much speak truth to power, as shouted it into their spittle-flecked faces. They killed him with a grenade.

Later in Africa, the Middle East and Central Asia, I spent time in other countries where political debate was impossible. If you upset the wrong crowd, or if you made a politician uncomfortable, you could lose your job. You could be run out of town. Or worse. Even the most innocuous ideas could get you in trouble, and questioning or challenging another ethnic or linguistic group was all but impossible. In so many of those places, the press was free to write whatever they wanted, as long as it didn’t upset anyone. Journalists picked their way delicately past all but the most innocuous subjects.

But not in Canada. This is the new world. We are champions of free speech. Our campuses, our papers and our parliament are filled with debate and ideas and it can get angry and people are bruised. But we don’t need to “tread carefully” here. We understand the central importance of academic freedom, and the need to be able to test out unpopular notions. They may be wrong. But they may also end up being right. And when they are, we all move forward as a result. We pity those countries where the mob and their political puppets can pressure a university into forcing the resignation of a professor with an unpopular idea.

But not in Quebec. Not at McGill. There, Potter’s column sparked a wave of self-righteous fury, and indignant rebuttals. Politicians got involved. Several high-ranking officials called McGill to voice their unhappiness. Potter attempted to defuse the rage with a mea culpa and a retraction. But this is Quebec. This is McGill. He was forced to go through the ritual “resignation” —stepping down as head of his institute. (He kept his professorship at the university.) His ideas were too dangerous. He had upset another linguistic group. He had offended the wrong people.

Potter will do fine. He is one of Canada’s smartest and best writers. He is not unemployed. He is not in jail. He is not dead. This tempest knocked over his tea-cup and moved on.

But McGill and its principal, Suzanne Fortier, they will not do as well. They could have been silent. Instead, their actions have damaged their own reputations. Other academics will now feel threatened. The school’s star will begin to fade a little. And Quebec, long seen as a province unable and unwilling to look in the mirror, will look a little more provincial, a little more intolerant, a little more pathetic. But not as pathetic as the many Quebecers who were demanding Potter’s resignation. Diogenes said the mob is the mother of tyrants. In this case, the mob is the mother of fools.

The real losers though may be us. Canadians. Especially Canadians who want to debate new ideas. Maybe that message I received was right. Maybe now we do need to “tread carefully”.

Or, maybe we need to tell people who think so, they can just f–k off.