Quebec municipalities mull pit-bull ban, even though Ontario data isn't being collected at the provincial level 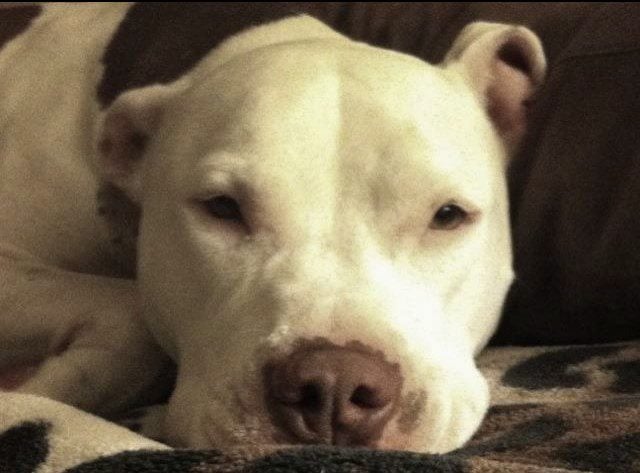 As Quebec municipalities plan bans on pit bulls in the wake of a horrific fatal attack in Montreal, they might naturally turn to Ontario for guidance given the province imposed its own ban on the dogs more than a decade ago.

But they won’t get any data.

The province still doesn’t know whether the ban actually reduced dog bites because data isn’t collected at the provincial level, nor does Ontario regulate how — or even whether — municipalities collect and store the information.

Ontario banned pit bull ownership provincewide in a 2005 amendment to the Dog Owners Liability Act, to much opposition from some dog-lovers.

The ban made it mandatory for all pit bulls already in the province to be spayed or neutered, and leashed and muzzled in public. The ultimate goal was to remove pit bulls from the province altogether by preventing them from breeding, and to keep new pit bulls out of Ontario.

Public Health Ontario is mandated to collect data on animal bites that could be linked to the spread of rabies, but they don’t collect general dog bite numbers, a representative said.

So data collection is done at the municipal level.

In some Ontario cities, data is collected by animal services. In others, it’s collected by public health. In Toronto, the methods of collecting dog bite data changed after the pit bull ban, so comparing statistics before and after is impossible.

Just east of Toronto in Pickering, Ont., dog bites can be reported to both public health and animal services, said an official from the community’s animal services department.

West of Toronto, in Mississauga, not all of the data has been digitized. To access it, workers need to dig through boxes of paper documents.

And so across the province, data is hard to come by, and what little information exists is unreliable since dog bites are often self-reported. It’s impossible to know how many people have been bitten by pit bulls or other dogs in the province and have failed to report it to authorities.

“It’s very challenging,” said Leslie Irvine, who teaches human-animal interaction as it relates to sociology at the University of Colorado.

“The statistical reliability is always questionable. The sample sizes are small. The validity of the measures are questionable.”

Irvine has written numerous books and studies about the role animals play in society, and says she often has trouble finding reputable data.

The lack of information on dog bites makes it difficult to create evidence-based policy, a topic that’s particularly relevant now as both Montreal and Brossard, Que., move forward with their own plans to ban pit bulls.

“It’s next to impossible to make good policy without evidence,” said Erich Hartmann, who works at the Mowat Centre, a University of Toronto-based public policy think tank.

People are often affected by anecdotes rather than data, he said.

“Having a human face on a problem often can be a catalyst for action,” he said, adding it’s more powerful than “a wall of numbers and data.”

“One hopes the anecdote isn’t overly influential in forming the response to it,” he said.

When the Ontario ban was announced in 2005, then-attorney general Michael Bryant spoke anecdotally.

“Testimony from victims was riveting and inspiring,” he said at the time. “I don’t want to have in Ontario one more victim at the hands and teeth of a pit bull.”

The ban was was the result of an incident in which a Toronto man was ”practically eaten alive from the ankles up,” Bryant said. Police fired more than a dozen bullets to fell the two pit bulls.

But once Ontario’s legislation passed, the province had no way to evaluate its effectiveness at reducing dog attacks.

Hartmann said oversight is a critical part of the policy-making process.

Among the questions legislators should ask themselves, he said, are: “How are we monitoring the success of what it is that we’re doing? What data are we collecting and how does that help us measure whether or not we’re achieving our objectives?”

They should also determine whether they need to “course-correct” and amend legislation after it’s been passed, he added.