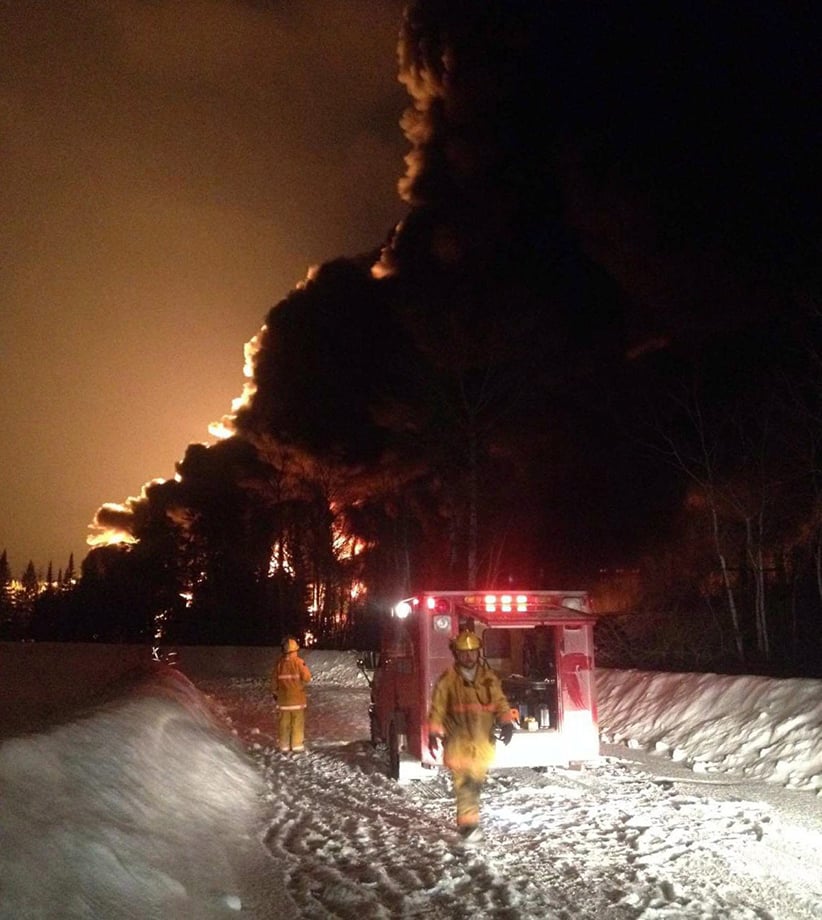 The Mattagami First Nation alleges in its statement of claim that the spills near Gogama, Ont., damaged the local environment and surrounding waterways.

The $30 million suit alleges that the damage, in turn, has created health risks for the population and crippled community members’ ability to observe their Indigenous traditions including fishing, hunting and gathering.

It says the two oil spills, which took place in February and March 2015, collectively poured millions of litres of oil into the area around Gogama, which is about 200 kilometres north of Sudbury, Ont.

CN declined to comment on the filing, adding it is committed to cleaning up environmental damage caused by the derailments.

Mattagami’s allegations have not been proven in court.

The First Nation claimed the 2015 spills impacted many facets of life for community members.

“Mattagami First Nation members have suffered stress, distress, anxiety and worry as a result of the contamination of the land, waters, plants and animals on which they rely,” reads the First Nation’s statement of claim, which was filed in March but served to CN on Monday.

The suit alleges negligence from CN and claims the rail company breached its standard of care when conducting operations ranging from track maintenance to staff training. It also alleges CN has created a corporate culture that valued speed over safety.

The lawsuit alleges that problems began for the Mattagami First Nation late on Feb. 14, 2015, when 29 cars carrying crude oil derailed near Gogama.

It said the derailment took place alongside a wetlands area and a stream, resulting in the spilled oil entering the environment almost immediately. Oil eventually migrated into nearby Kazaway Lake, the statement of claim said.

The derailment also caused a fire that burned for five days, the suit contends.

Scarcely three weeks later, the suit said 39 oil-bearing cars derailed just west of Gogama on March 7, 2015, destroying a rail bridge in the process. Some of the cars were submerged in the Makami River, the suit said, adding the spilled oil then travelled into at least five connected waterways.

The Transportation Safety Board, which reviewed that incident, estimated the derailment dumped 2.6 million litres of oil into the local ecosystem.

There were no injuries reported, but Mattagami residents were advised to stay indoors during the cleanup due to possible smoke inhalation and told not to consume water from the community source.

The lawsuit alleges the effects of the spills continue to be felt more than two years after the derailments and are seeking compensation based on the impact the incidents had on traditional way of life.

“The relationship Mattagami First Nation has to the land in its traditional territory is profound and interconnected with all things,” the statement of claim reads. “The land is the source of life, spirituality, teaching and everything in between. The importance of the land, in its unaltered form, for Mattagami First Nation cannot be overstated.”

In its review of the March derailment, released earlier this month, the Transportation Safety Board found CN bore some responsibility for the incident.

The board found the crash was caused by a broken rail that an employee failed to detect three days before the crash. The review found that a test that would have identified the problem was not conducted even though it was “required by CN standards.”

The board also criticized the company for not highlighting the importance of the test in its staff training and for not providing opportunities for “practical, hands-on training.”

As a result of its investigation into the incident, the board recommended Transport Canada consistently collect data on general rail surface conditions — and not just previously recorded defects — to better focus its track inspections and help predict future rail failures.

In response to the board review, CN said it has taken action to increase safety measures following the 2015 derailments, from improving training for all track workers to implementing stronger engineering standards for its rail repairs and inspections.