Ontario votes: We sent a sketch artist to cover the political circus

Toronto artist Sarah Lazarovic live sketches from Liberal party HQ. Follow along as she updates through the night 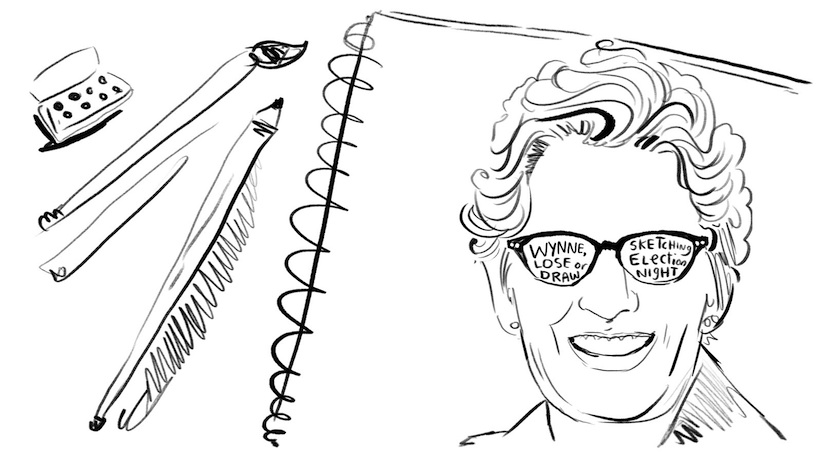 Toronto artist and Maclean’s contributor Sarah Lazarovic is at Kathleen Wynne’s headquarters this evening and will be updating this digital sketchbook as the night rolls along:

Did you know the original set for Win, Lose or Draw was based on Burt Reynolds’ living room? (The Sheraton does not look much like it) 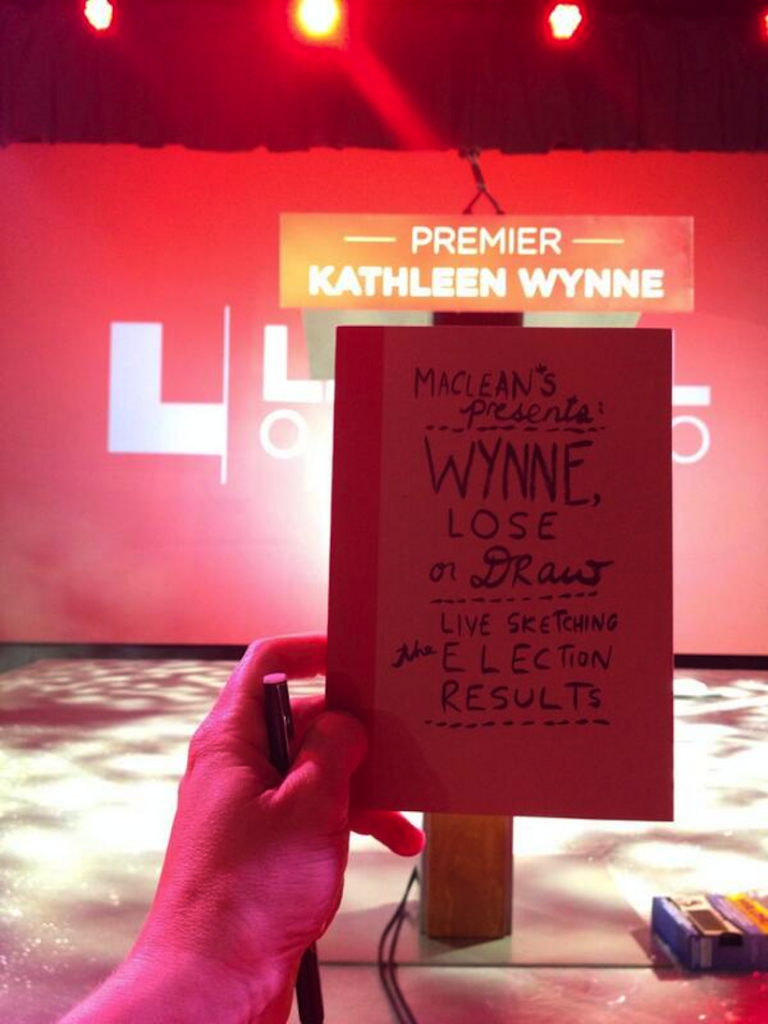 Is it presumptuous to have that nameplate? Technically, she is and will be Premier, even if she loses. 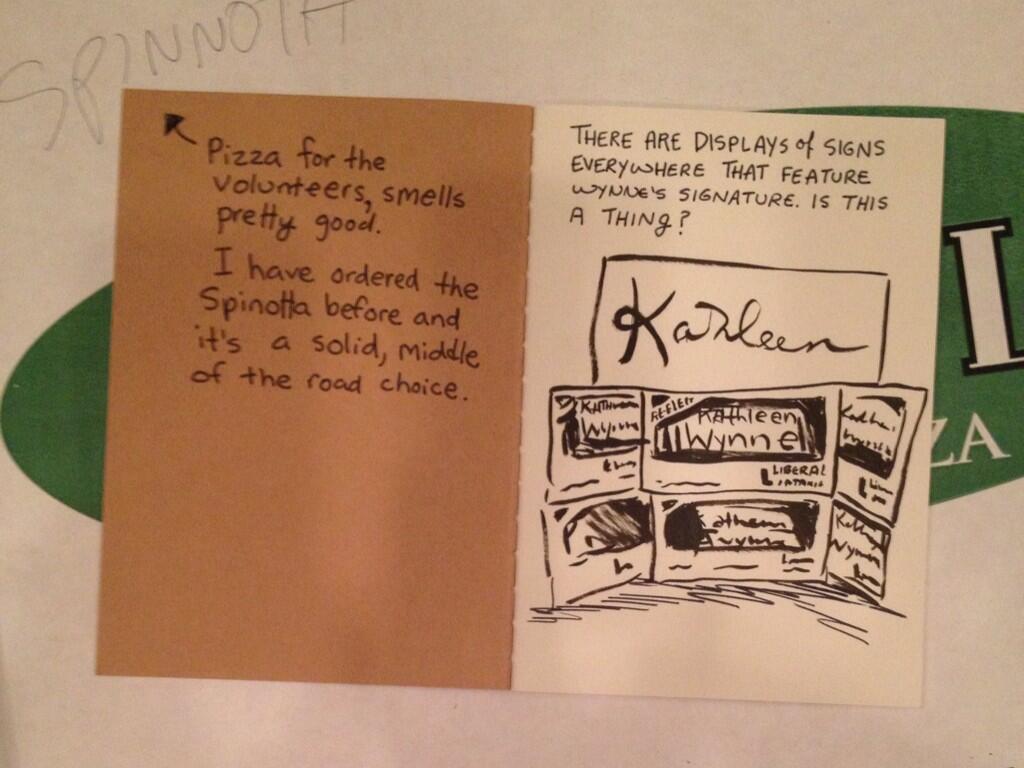 Pizza for volunteers outside, hotel food for media types inside. 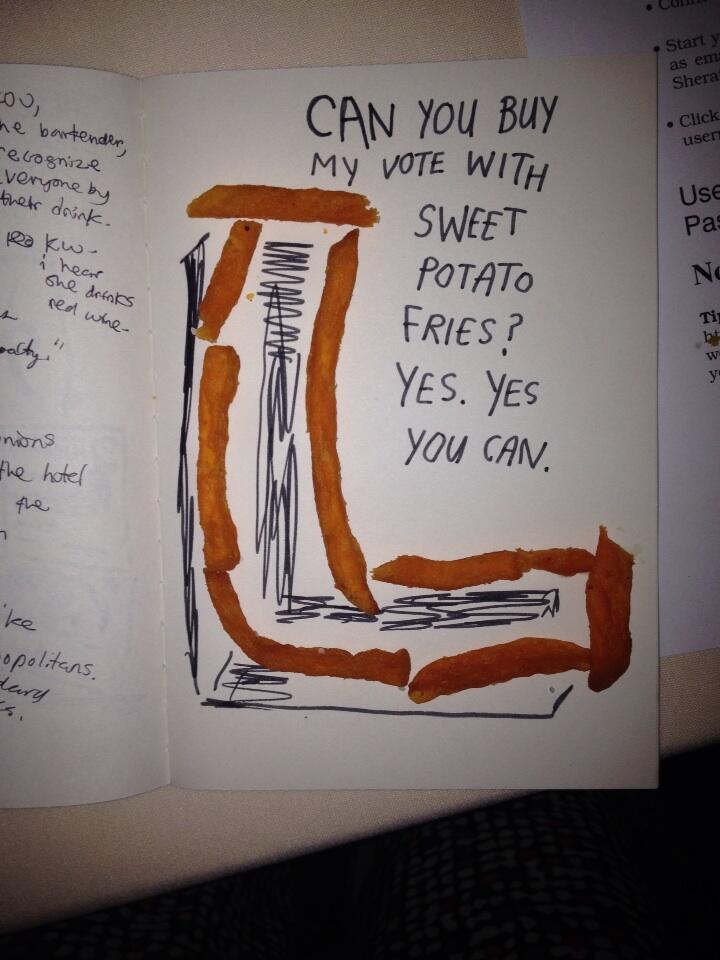 Also, there are sliders. I have a lot to say about sliders so I’ll save that for an essay. 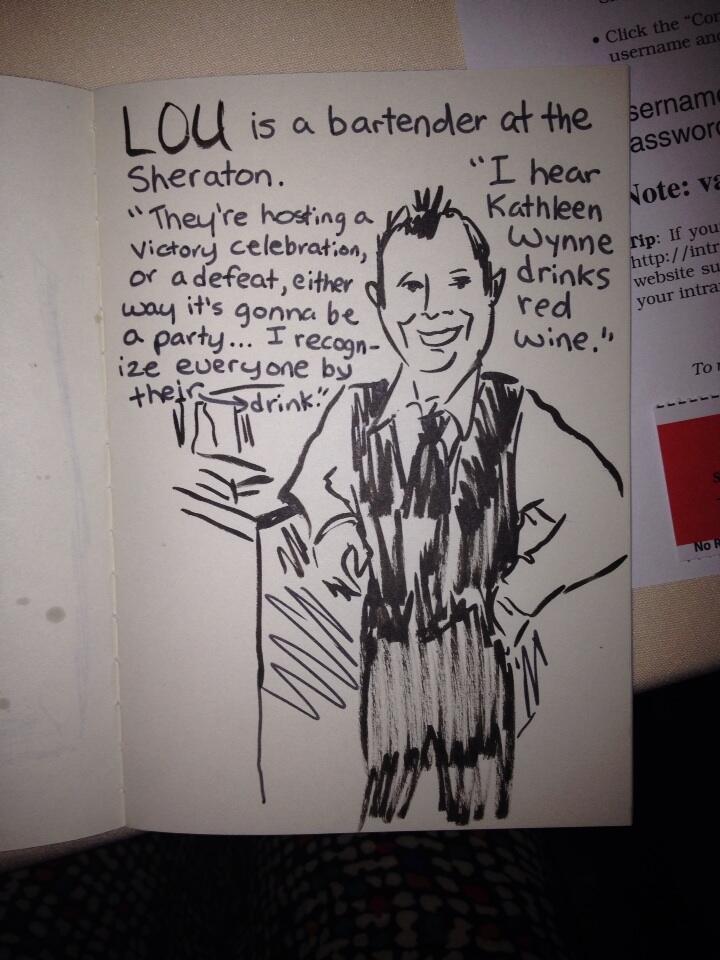 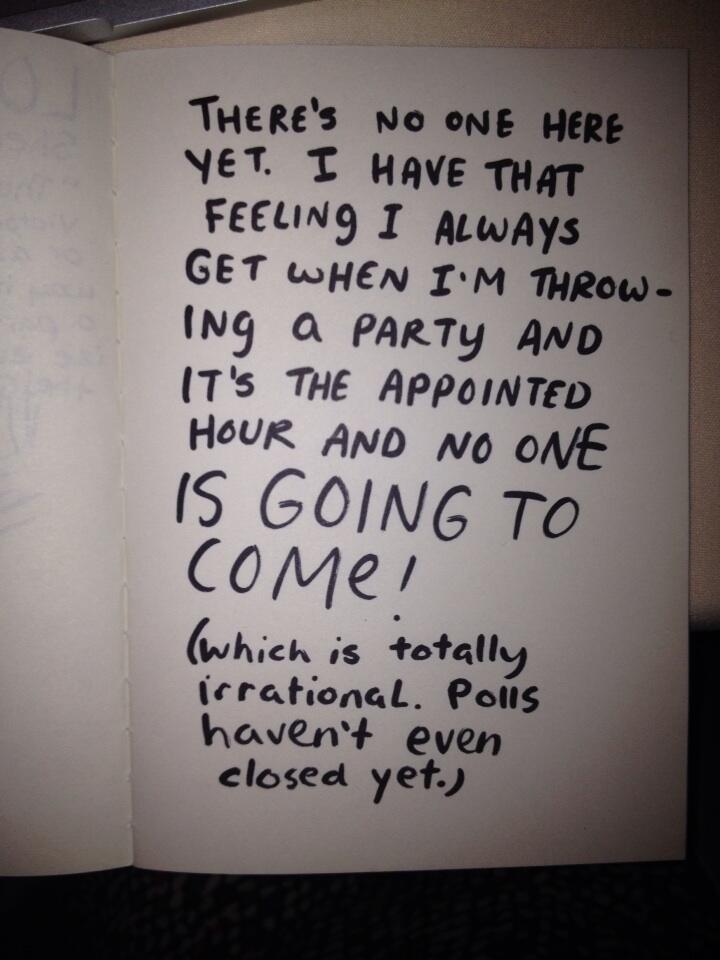 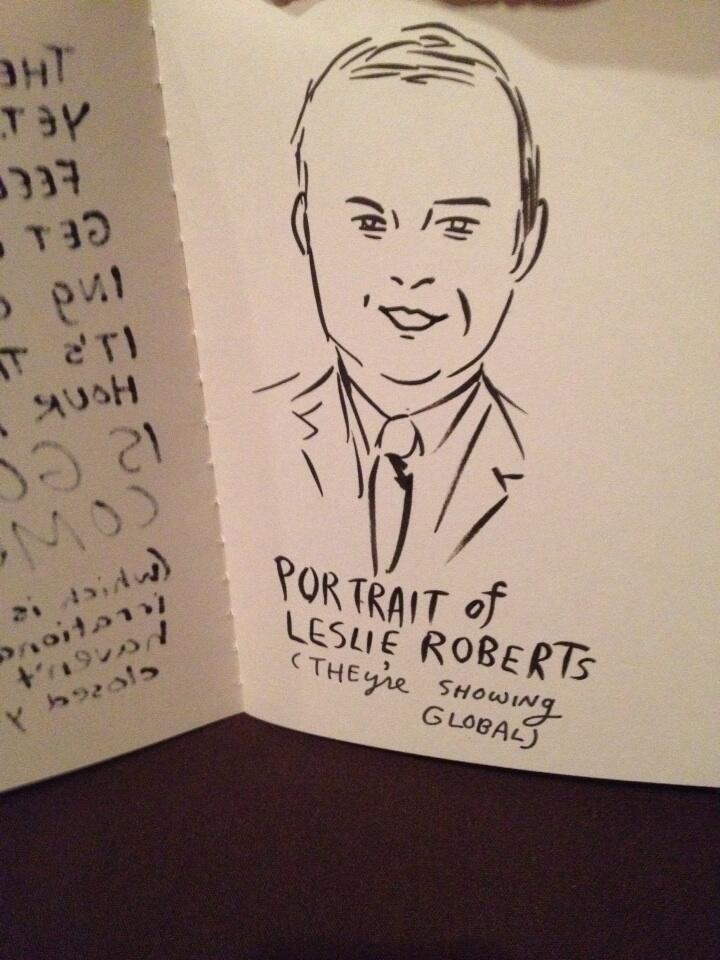 How do they decide which newscast to show? 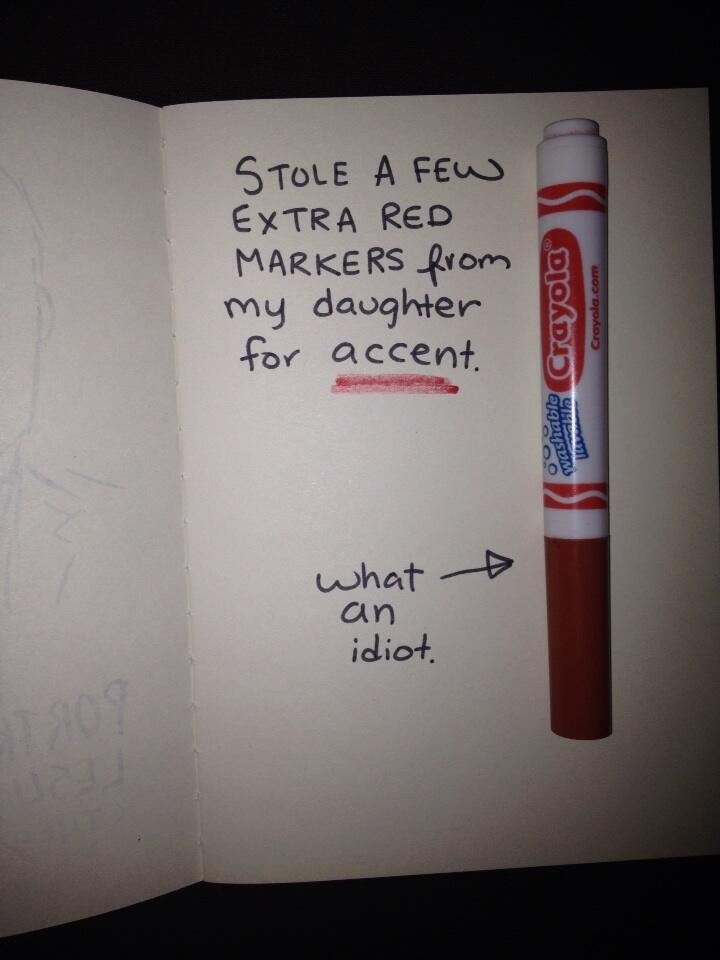 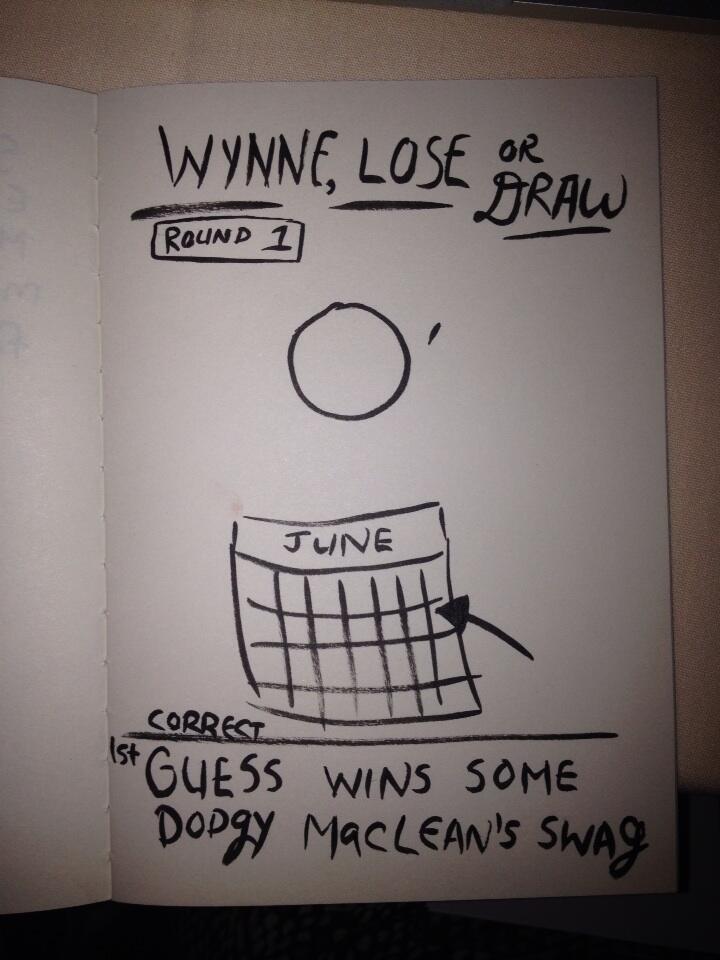 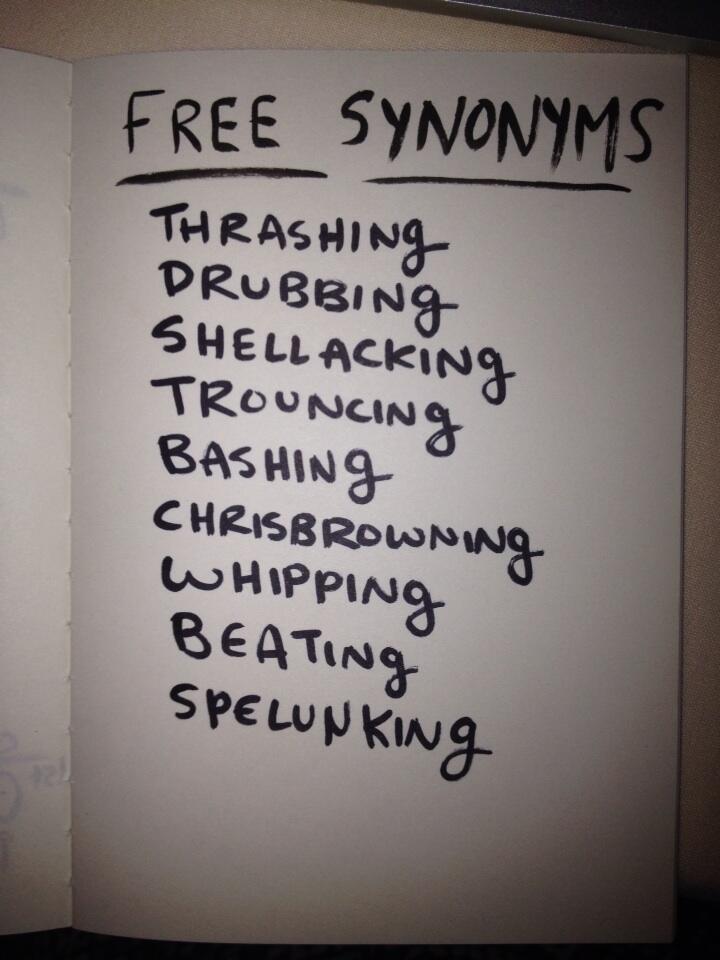 Free Synonyms. (I thought this would be way more exciting). 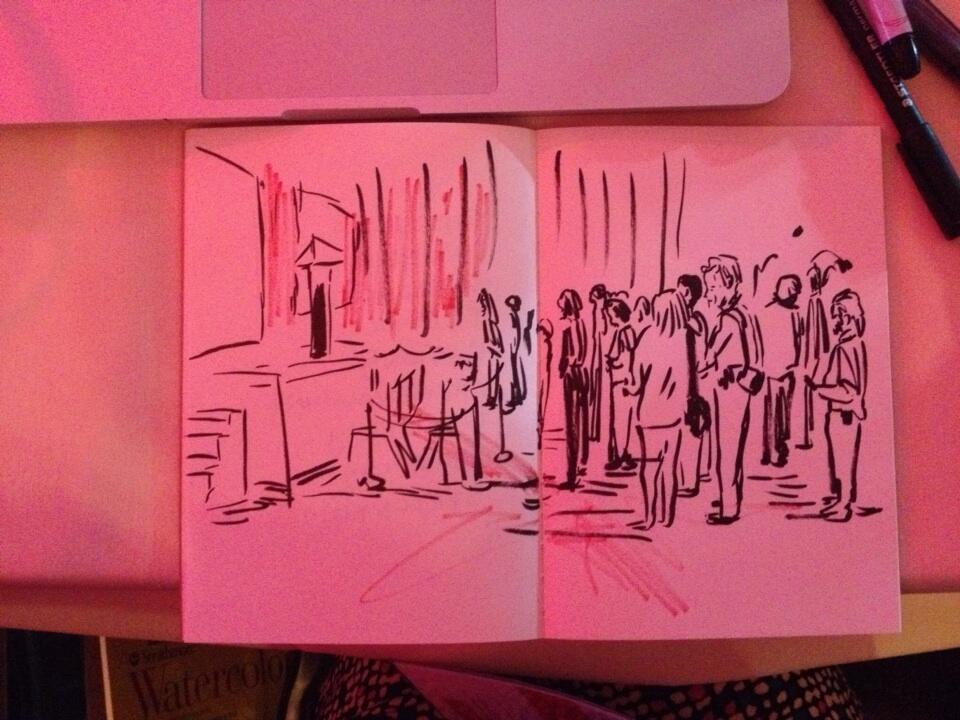 It’s starting to fill up in here. 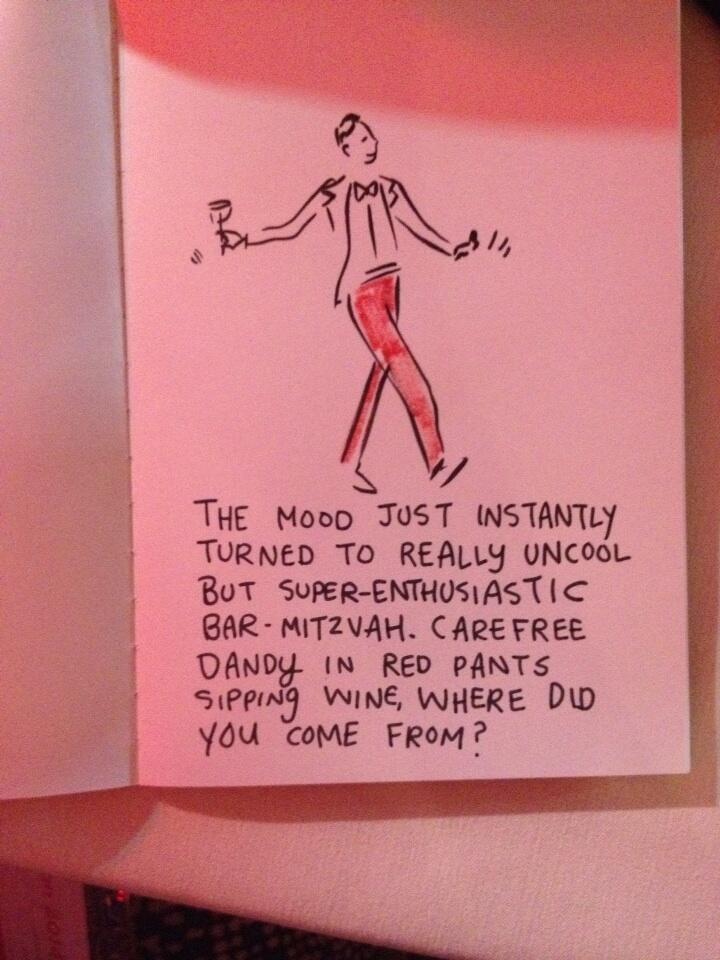 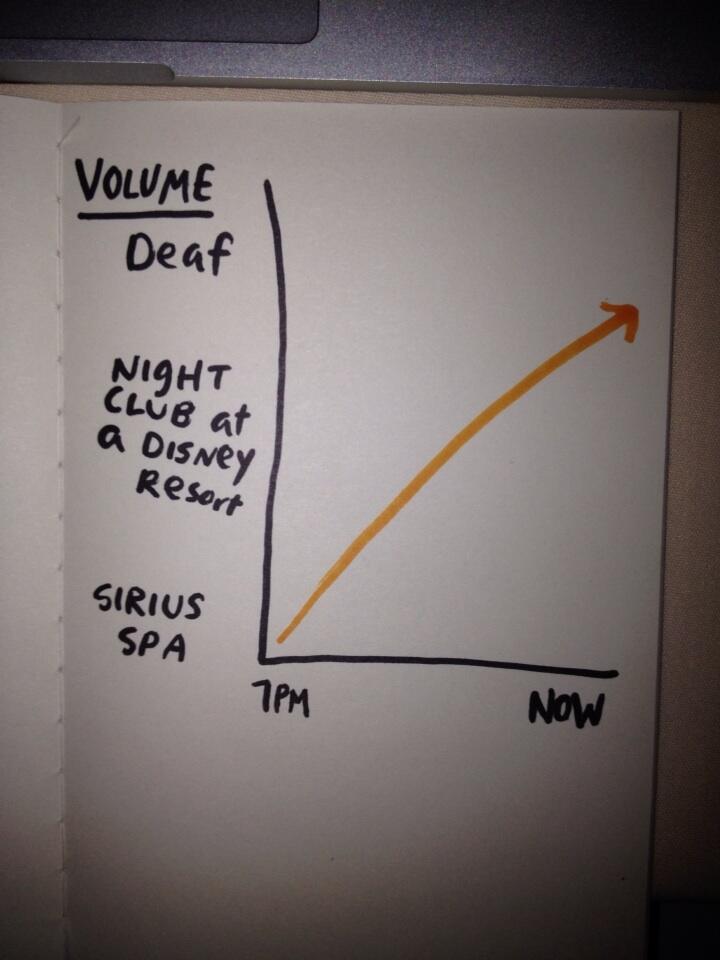 I’m an old, but this party is already too loud for me. 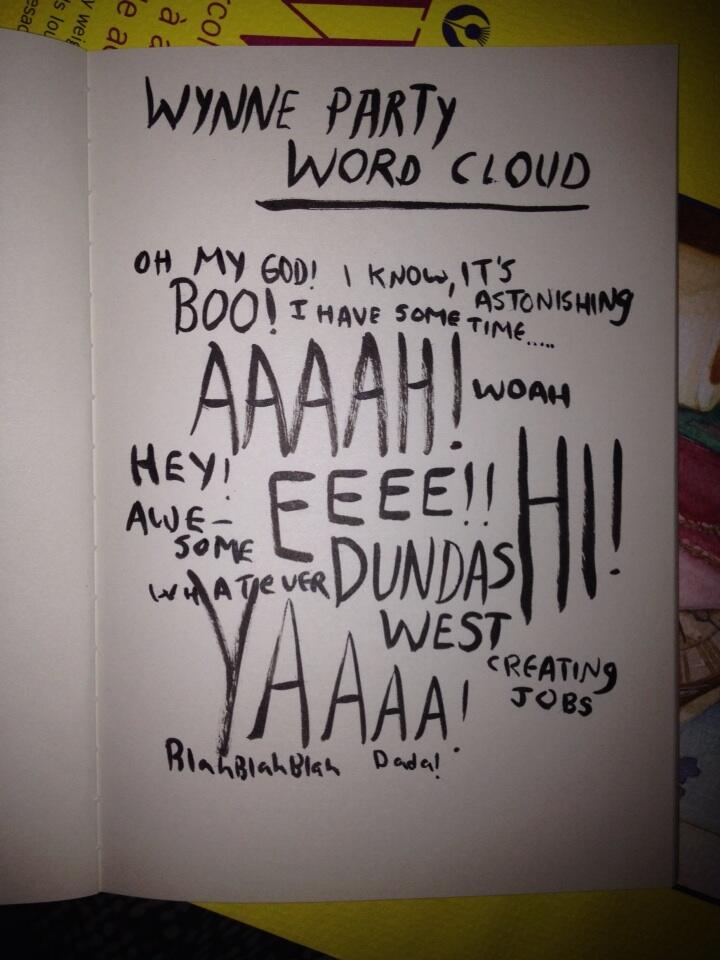 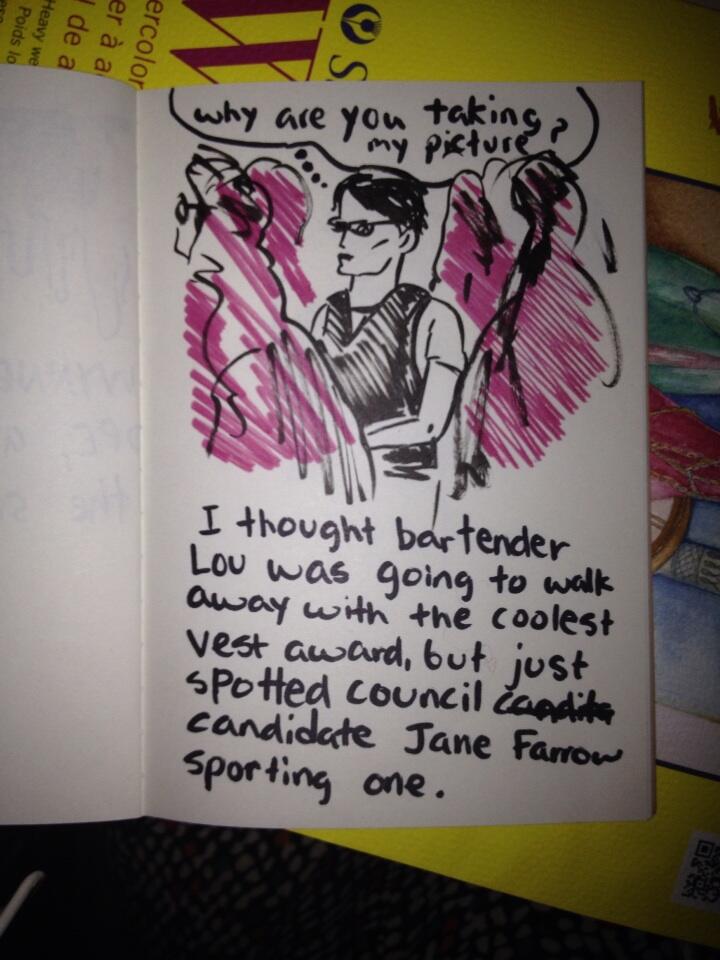 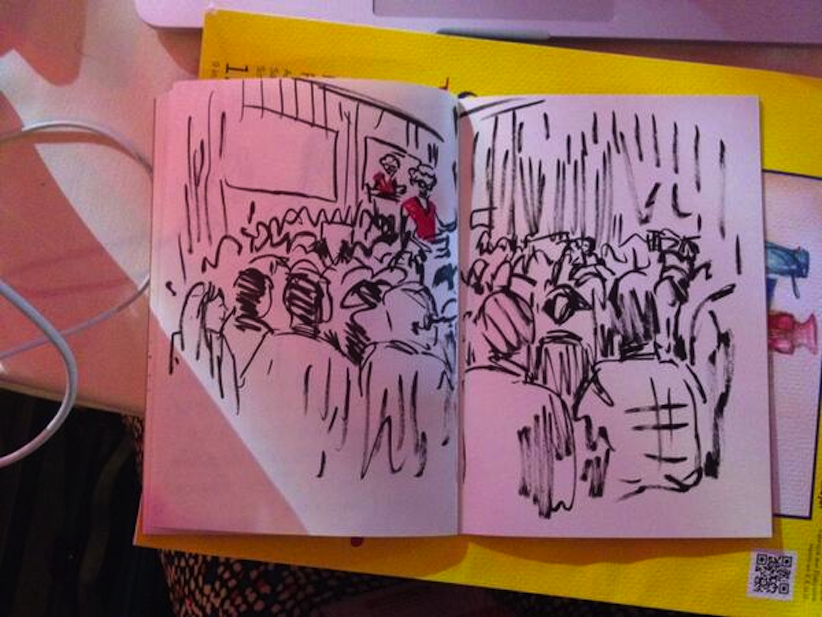 Since you are still here — check out some of Sarah’s previous collections:

Video: A live sketch of the Toronto mayoral debate

We sent a sketch artist to the Justin Bieber circus