The Financial Accountability Office's economic and fiscal outlook predicts that Ontario's deficit will be $2.6 billion in that fiscal year 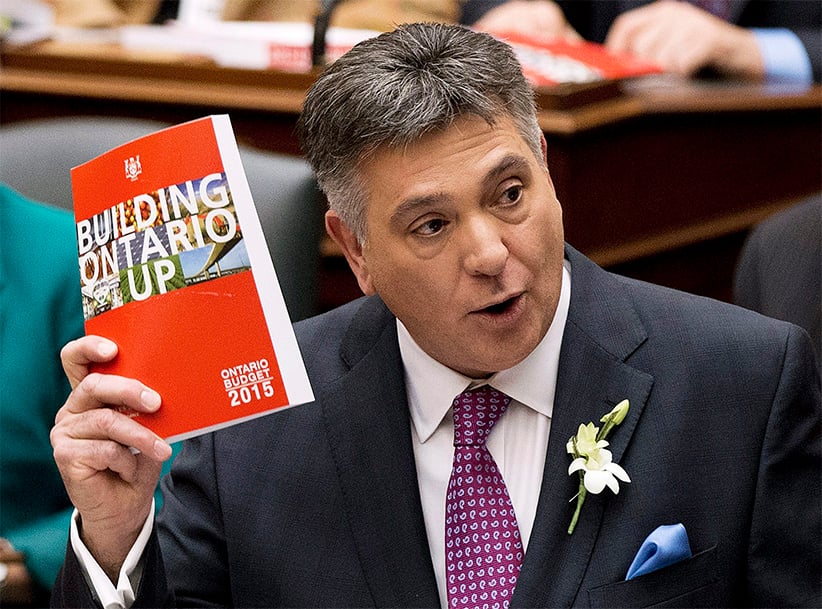 TORONTO — Ontario’s budget watchdog is casting doubt on the Liberal government’s pledge to balance the books by 2017-18, saying the province is headed for several more years of deficits.

The Financial Accountability Office’s economic and fiscal outlook predicts that Ontario’s deficit will be $2.6 billion in that fiscal year and will deteriorate further to $3.7 billion in 2020-21.

Finance Minister Charles Sousa insisted the 2017-18 budget will be balanced.

“We will continue to strategically manage spending while making smart investments to support economic growth and prosperity,” he said in a statement.

The financial accountability officer predicted in his report in the spring that there will be a deficit of $600 million in 2017-18, but there have been a number of changes since then, including a new accounting treatment for government pension plans that added $1.5 billion to the deficit this past fiscal year.

It’s not clear how that change will affect future budgets, the FAO said, but it assumed that program spending will be $1.5 billion higher over the outlook.

Also since the spring, higher tax revenues were reported for the last fiscal year, but there were also new government spending commitments _ of a rebate on electricity bills expected to cost $1 billion and new child-care spaces at a cost of between $1.6 billion and $3.75 billion _ and a more moderate outlook for economic growth.

Ontario posted strong real GDP growth in the second half of 2015 and the first quarter of 2016, the FAO said, but a slowdown in merchandise exports, retail trade and employment growth contributed to smaller overall growth. The FAO is forecasting real GDP growth of 2.4 per cent in 2016 and 2.5 per cent in 2017, slightly below the office’s projection in the spring.

Financial accountability officer Stephen LeClair is on extended medical leave and integrity commissioner J. David Wake is filling in while he is away.