Op-Ed: How we can save both cats and birds 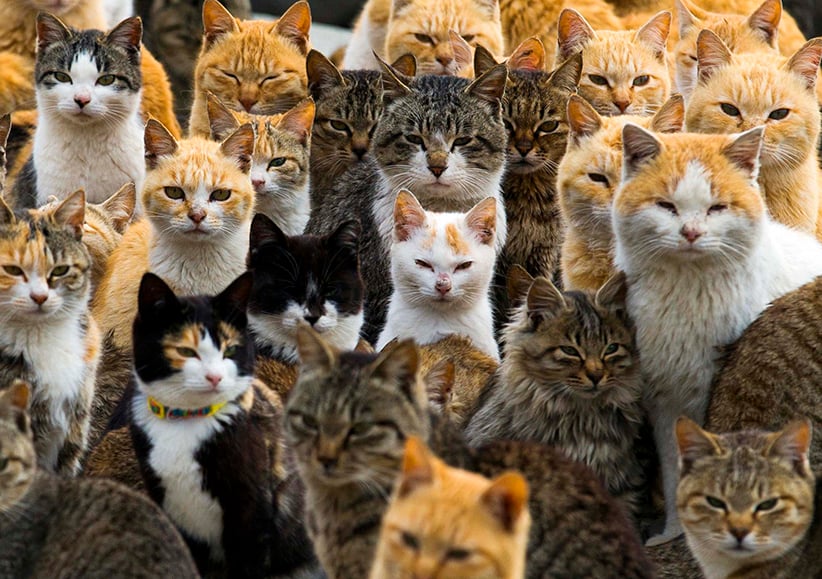 For decades, cat people and bird people have been at odds with each other. But the welfare of one does not need to be sacrificed in order to protect the other—it’s time to change the either/or in this conversation.

Pitting cats and birds against each other, as we saw in Brian Bethune’s recent Maclean’s article, fails to address the perils facing both. We have a responsibility to all of this country’s animals, and we cannot simply euthanize free-roaming cats as a shortcut to improving bird welfare. We need to improve the standards of care for cats in order to limit the influx of new cats into the free-roaming population. We need solutions that work to improve the situation for both cats and birds.

While birds are facing very difficult odds in Canada, so are our cats. Twice as many cats are brought to shelters as dogs and, in 2014, approximately five times more cats were euthanized than dogs. Generally, 25-30 per cent of dogs taken in to shelters are returned to their guardians, compared to 5% or fewer of cats. In the outdoors, cats are exposed to a variety of threats, including diseases (e.g., FIV, FLV, parasites), vehicle collisions and fights with wildlife and other cats.

The Canadian Federation of Humane Societies is one of many organizations that urges cat owners to keep their pets in a safe, stimulating environment—either indoors, or if outdoors, well-supervised in an enclosed area, such as a catio. While a cat’s independent nature might lead some people to treat them like something between a pet and wildlife, we owe cats the same level of care we give our dogs.

As we know, Canada’s birds are also facing a tremendous number of threats. The official list of bird species at risk increased from 47 to 86 between 2001 and 2014, and some bird populations have declined by more than 90 per cent. Predation by free-roaming cats only adds to the much more significant risks that birds face due to habitat destruction and climate change.

For the welfare and protection of both cats and birds, we need to change how we care for our feline friends—which is where Nature Canada’s Keep Cats Safe and Save Bird Lives program comes in. The Canadian Federation of Humane Societies (CFHS) is working with Nature Canada on this program to bring together cat people and bird people and encourage them to work together.

Breaking down animosity and nurturing collaboration is the Canadian way, and it is in stark contrast to what is described in Mr. Bethune’s article—which reflects the same fractured thinking that has been plaguing these two interconnected animal welfare communities for many years. To boil such a complex situation down to “…we know what we need to do, including—let’s face it—some [cat] euthanasia” does cats and birds a disservice and only encourages vigilantism and animal cruelty.

It’s counter-productive to malign cats in the hopes of protecting birds, which is why we’ve chosen to involve all stakeholders in one unified campaign that aims to educate the public and transform assumptions about how to approach cat and bird protection. Let’s curb the vitriol between these two camps. Together, we can—and will—do better.

Barbara Cartwright is the CEO of Canadian Federation of Humane Societies. Eleanor Fast is the Executive Director of Nature Canada.