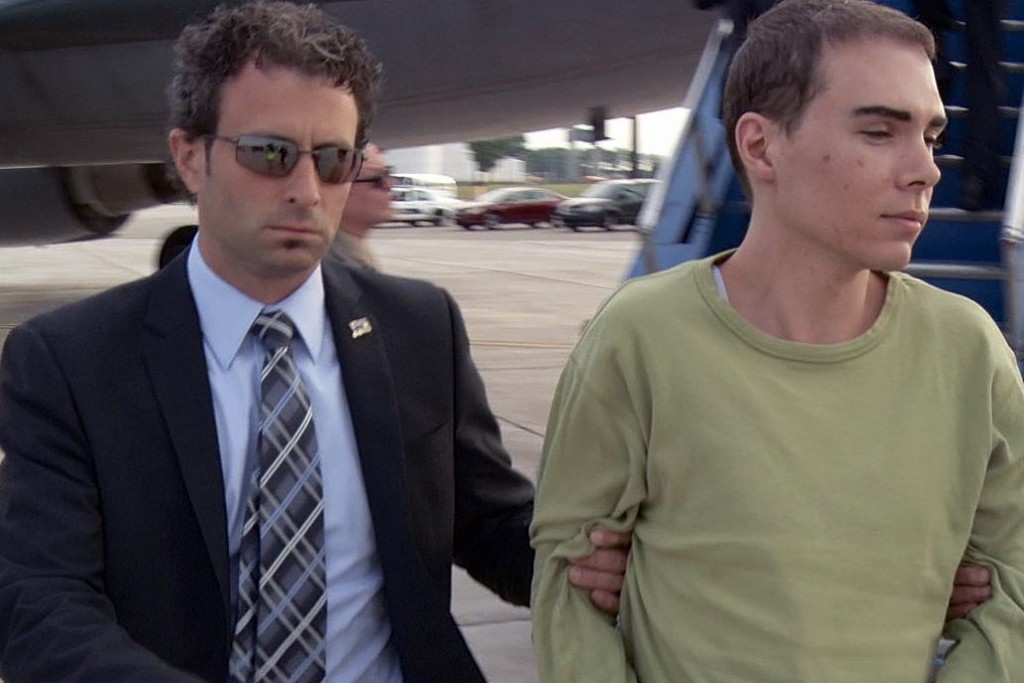 OTTAWA — The big-ticket military mission to fetch fugitive Luka Rocco Magnotta from Germany in 2012 was ordered by a senior Conservative cabinet minister who considered it a matter of “national interest,” The Canadian Press has learned.

In June 2012, the Air Force made a $376,128 decision to dispatch one of its largest aircraft to collect the accused killer in Berlin, where local police had collared him to end an intercontinental manhunt that made global headlines.

Magnotta was given a life sentence in December after a jury found him guilty of first-degree murder, among other charges. The 32-year-old is appealing the verdict and wants a new trial.

After Magnotta’s conviction, National Defence released more than 1,700 pages of emails documenting the cost of repatriation, the debate over options and the scramble to whisk him home after he agreed to extradition, lest he change his mind.

The messages, obtained under the Access to Information Act, also offer a rare look behind the curtain at the government’s efforts to keep details of the “sensitive” mission out of the public spotlight.

The decision to involve the Royal Canadian Air Force — and ultimately one of its CC-150 Polaris Airbus jets — was discussed at the upper levels of the country’s political and military ranks, the emails show.

Peter MacKay, defence minister at the time, ordered then-general Walt Natynczyk to lend a hand “as soon as possible” after Montreal police asked for federal help.

“We will support this request as an assistance to law enforcement,” MacKay wrote to Natynczyk on June 16, 2012, in a partially redacted email.

“I (am) satisfied that this support is in the national interest and that this matter cannot be dealt with effectively without the assistance of the Canadian Forces.”

He cited a section of the National Defence Act, which allows the defence minister to call on the military to help police in certain situations.

Natynczyk hit send on a reply to MacKay 21 minutes later.

“Sir, understood,” Natynczyk wrote. “Your direction will be actioned.”

After exploring their options, the military chose to bring Magnotta home on an Airbus, which can hold up to 194 people when configured for passengers. At the time, it cost an estimated $15,505 per hour to operate.

Taxpayers paid $376,128 for the National Defence portion of the trip, and the department footed the bill, a spokeswoman said.

The documents explain that prisoner transfers like Magnotta’s are usually made with a Royal Canadian Mounted Police aircraft, specialized air transport companies or commercial airlines.

But the Mounties’ jet was unavailable due to “mechanical reasons,” the emails show. Commercial and charter options were deemed no-gos because some companies didn’t meet security requirements. And commercial airlines refused to transport the notorious accused killer.

“How can we bring him back to Montreal on a commercial flight with other people sitting on board?” Montreal police Cmdr. Ian Lafreniere said the day Magnotta landed at Mirabel airport, north of Montreal.

The Airbus was one of three options under consideration. The others were a nine-passenger, CC-144 Challenger executive jet and a massive CC-177 Globemaster III transport plane, used to haul helicopters, tanks and troops.

Officials had reservations about the Challenger option because it would have had to refuel in Iceland along the way, potentially causing customs issues. They were also uneasy about the optics of Magnotta flying in the lap of luxury.

“It will be billed as luxury jet travel for a murder (sic),” one email said.”So we may need to consider other options.”

Officials felt crunched for time because Magnotta had declined to fight extradition, the emails show, so they chose the long-range Airbus — an option that avoided a pit stop between Berlin and Montreal.

“It is not a life and limb thing but still a requirement to not delay more (than) necessary,” said one email. “That is one of the RCMP requirements.”

The Airbus in question, which was equipped with mid-air refuelling capabilities, had to be pulled from an international live-fly exercise taking place in Cold Lake, Alta.

Other CC-150s in the military’s fleet have been configured to accommodate the prime minister, the Governor General and members of the Royal Family.

The federal government also made efforts to keep news outlets in the dark about the Magnotta mission for as long as possible, the emails reveal.

One lieutenant-colonel’s message described it as a “sensitive op.”

“There is a very high desire on the part of the agencies and partners involved to maintain confidentiality of this activity through a strict need to know approach,” read another.

In one exchange, a defence official was praised by one of his superiors for staying on top of the public relations “firefight” by releasing only limited information to an inquiring journalist.

The documents show the Privy Council Office, the bureaucratic wing of the Prime Minister’s Office, had ordered National Defence to avoid speaking to the media about the mission and to refer all questions to the Justice Department.

Magnotta was convicted in December 2014, when he was also found guilty of criminally harassing Prime Minister Stephen Harper and other members of Parliament.

Magnotta mailed some of Lin’s body parts to different Canadian cities, including to the offices of the federal Conservatives and Liberals in Ottawa.