Ottawa to argue against EU ban of seal products 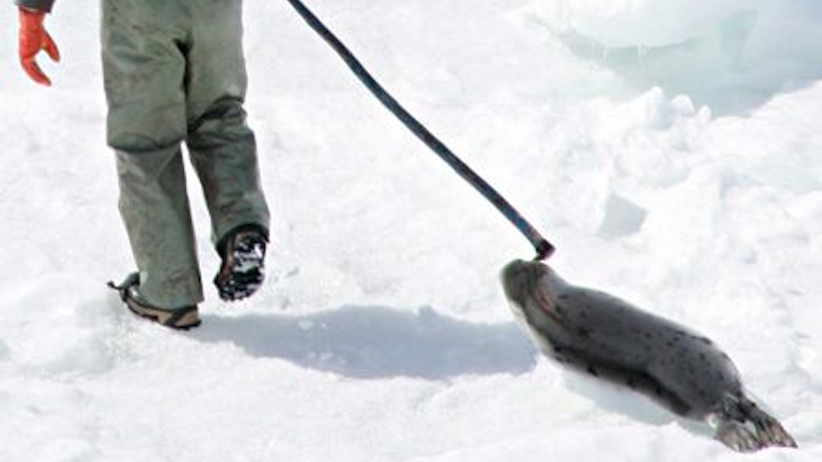 GENEVA – An international trade organization will hear arguments from Ottawa on Monday in an appeal of a landmark ruling that upheld the European Union’s ban on imported seal products.

Environment Minister Leona Aglukkaq said she will argue at the three-day World Trade Organization hearing in Geneva what the Tories have steadfastly defended — that the seal harvest is humane, sustainable and well-regulated.

“Any views to the contrary are based on myths, misinformation and misguided emotion,” said Aglukkaq said in an opinion editorial released Sunday.

“Canadian coastal and northern communities continue to depend upon the humane seal harvest as a vital economic activity and they should have every right to do so.”

A WTO dispute settlement panel upheld the EU’s embargo on imported seal products in November, saying that while it undermines fair trade, those restrictions can be justified on “public moral concerns” for animal welfare.

At issue was a challenge by Canada and Norway of the 28-member EU’s 2010 ban on the import and sale of seal fur, meat, blubber and other products.

Aglukkaq said the ban undercuts the livelihood of sealers who rely on the industry to support their families.

“We will continue to work with Canadian sealers to defend this industry as a healthy, humane and sustainable source of food, clothing and income,” she said.

Animal rights advocates say the commercial hunt is a needless slaughter and have called the trade ruling a major victory that protects aboriginal hunts.

But critics of the decision, including Inuit hunters, said the European ban and others like it all but wipe out major international markets. They also warned of a dangerous precedent that could be used against other commercial animal products such as beef, pork and poultry.

Regardless of the outcome of the appeal, Sheryl Fink of the International Fund for Animal Welfare said proponents of the seal industry are fighting a losing battle.

“It’s a slaughter for a luxury product that people no longer require,” Fink said on Sunday from Geneva, where she will attend the hearing as an observer. “Two hundred years ago, we had a reason to kill seals. It was for their blubber that was used to light lamps and to heat buildings.

“That need no longer exists and we’re trying to keep an industry alive that really isn’t necessary in the 21st century.”

The federal Fisheries Department has said that as of this year, all licence holders taking part in the commercial hunt must complete training on its accepted three-step kill process.

It involves first shooting or striking the animal on the head with a hakapik or club, then ensuring the seal is dead before cutting major arteries and bleeding it for at least a minute before skinning it.

The commercial seal hunt off Newfoundland last spring landed about 91,000 harp seals, up from 69,000 the year before, but far short of the federal quota of 400,000. About 900,000 seals are hunted around the world each year, according to the European Commission.

Canada, Norway, Greenland and Namibia all have commercial seal hunts. Countries with bans on imported seal products include the U.S., Mexico, Russia and Taiwan.