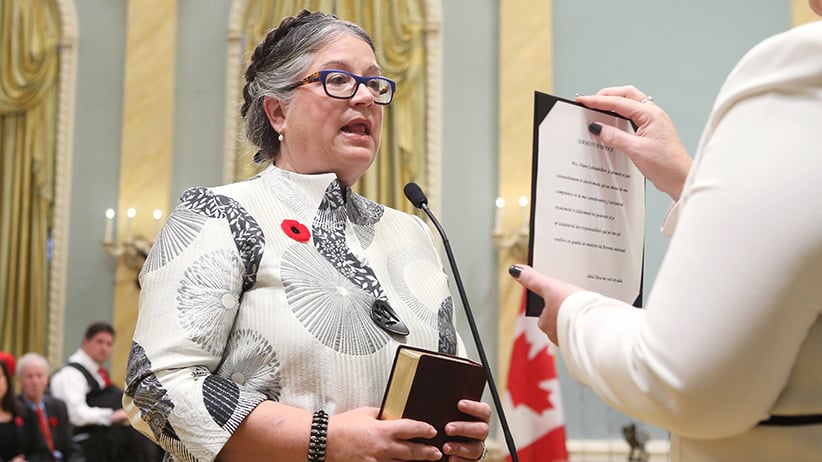 OTTAWA – A senator who has crusaded against tax evasion has released recent correspondence from the revenue minister revealing the government’s plan to determine how much money Canada loses to tax dodgers.

Revenue Minister Diane Lebouthillier says in a Jan. 20 letter to Sen. Percy Downe that her department will try to estimate the value of Canada’s so-called “tax gap,” the difference between what is owed in taxes and what is actually collected.

The Charlottetown senator was responding to the leak of 11.5 million records from Panamanian law firm Mossack Fonseca, the authenticity of which the firm has confirmed. The firm denies any wrongdoing and says most of the individuals named in the leaked documents were not its direct clients, but accounts set up by intermediaries.

Lebouthillier’s letter says Canada will work with the Organization for Economic Co-operation and Development, which uses the tax gap measure to help develop policies that target tax evaders.

But Downe said he won’t cheer until the Canada Revenue Agency actually releases data to the parliamentary budget officer so he can begin measuring the gap.

“Until that’s done, I’ll hold my compliments,” Downe said in an interview. “The letter indicates they’re going to take a look at it, which is more positive.”

Downe said he that’s why he plans to table a bill in the Senate next week that would require the government to measure the tax gap.

Lebouthillier’s letter says she is working towards gauging that gap.

“I have instructed my officials to commence work on a plan aimed at enhancing public understanding of non-compliance with Canada’s tax laws and to identify the financial resources that would be required to move forward on the plan,” the minister writes.

“As a first step, the CRA will undertake a comprehensive study of tax gap estimation.”

Lebouthillier’s spokeswoman Chloe Luciani-Girouard had no comment on the letter Downe released, but said she was not disputing its contents.

The International Consortium of Investigative Journalists worked with hundreds of journalists, including some from the CBC and the Toronto Star, to analyze the leaked documents

The two Canadian media outlets reported that the Royal Bank of Canada and its subsidiaries set up about 370 of these types of corporations.

The Royal Bank said Monday it operates within the law and has policies to prevent tax evasion after reports said it used the Panamanian law firm whose leaked documents are said to reveal the use of offshore tax havens.

“RBC works within the legal and regulatory framework of every country in which we operate,” the Royal Bank said in a statement. “Tax evasion is illegal and we have established controls, policies and procedures in place to detect it and prevent it occurring through RBC.”

The bank said there are legitimate reasons to set up a holding company, but if it believes a client intends to commit a criminal offence by evading taxes, it would report that and not serve the client.

The leaked documents reportedly show the offshore dealings of more than 100 politicians and public figures from multiple countries, including Iceland, Ukraine, Pakistan and Russia.

Luciani-Girouard said in an interview that the Canada Revenue Agency already had much of the Canadian-related information contained in the Panama Papers investigation. She said Lebouthillier has asked her officials to examine the leaked data “in order to cross-reference this information with data already being obtained through the agency’s existing mechanisms.”

Since 2015, the department has been monitoring all money transfers exceeding $10,000, including from Panama, she said.

“It’s a global issue and it’s ever-so complicated. That’s why CRA is quite satisfied they now have the means to attack this head-on with what was given in the last budget.”

Luciani-Girouard said if the department uncovers any evidence of illegal transfers, it will be referred to the Public Prosecution Services of Canada.

Pierre-Luc Dusseault, the NDP national revenue critic, urged the government to move quickly with its promises to fight tax evasion.

“If the government doesn’t take action, the wealthy and powerful will continue to benefit from our malleable tax laws,” he said in a statement.