Our seven-year-old son told us he was gay

A child coming out is now likely to be supported, polls show. One mom's story 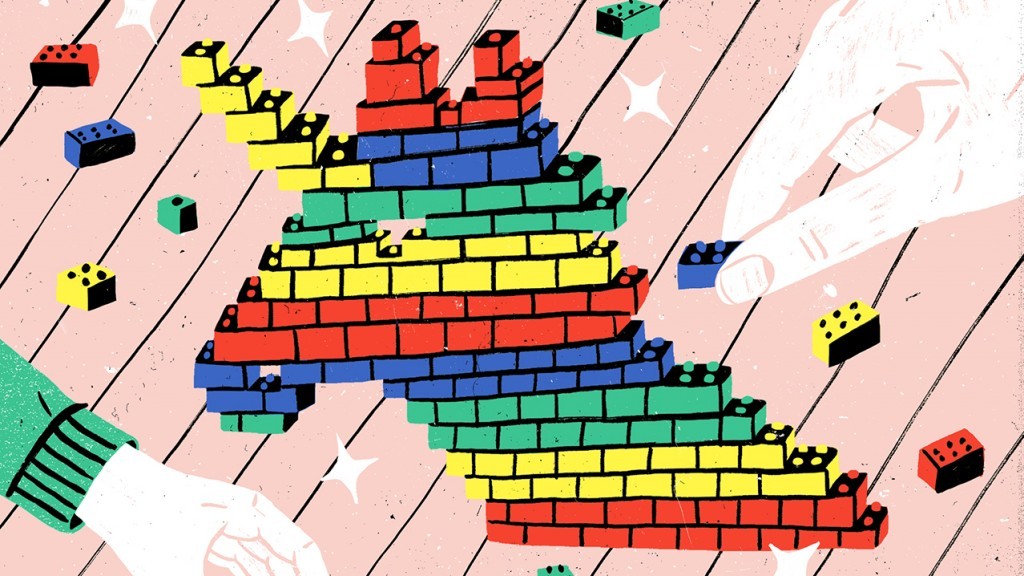 Being a parent is an exercise in expecting the unexpected. And yet, despite years of experience, I’m still floored by my quiet, thoughtful and incredibly self-possessed son. The best example—to date, at least—happened on a regular weekday evening. My husband, my son and I were sitting around the dining room table and, like usual, I was trying my hardest to draw out some juicy details about their day. With these two, it’s always a bit of a one-sided Ping-Pong match: I lob a question over the net, and they spike incredibly succinct answers right past me.

“Did you do anything fun?”

After a few such attempts, I just gave up.

That was the moment our seven-year-old son came out. He took a bite of chicken and announced, in his matter-of-fact way, “I hope you know I’m gay.”

It was one of those epic parenting moments the handbook definitely does not cover. Thankfully, my mouth was full of chicken, which gave me a few panicked seconds to conjure the kind of response that could possibly convey the feelings of overwhelming love, worry and protectiveness rushing over me. I fervently wished there was someone with more experience—or, better yet, a degree in child psychology—who I could consult before responding. But no such luck: There wasn’t a single expert hiding under the table.

So I looked at my husband, took a deep breath and mustered a, “We love you no matter what, and your feelings might change as you get older and that’s OK, too.” I think I also threw in something about how he could talk to us about absolutely anything and should let us know if he had questions, or was worried, uncomfortable or curious. Lucas’s response: A shrug of the shoulders and an “OK.”

Cleanup, bath time and bedtime stories that night happened in a blur—a thousand thoughts buzzed through my brain while just as many emotions crashed over me: Could he really know at this age? Any bully is going to have to contend with me. He’ll be OK—thankfully, we live in a wonderfully diverse city. Well, those bullies better watch out. Will I be able to support him effectively? What do I do next? When Lucas was finally tucked in, I headed back downstairs, flopped dramatically onto the sofa and let out the biggest exhale of my life. I looked at my husband and said, “Wow,” expecting a full-on debrief. My husband, a go-with-the-flow, laid-back guy who never seems to get rattled, was just as low-key as his son. His reaction: A shoulder shrug and a blasé “Yep.”

After that, the topic didn’t resurface for a while. No one was avoiding it; we just weren’t talking about it, in the same way you don’t talk about being straight with other seven-year-olds. Whenever Lucas wasn’t eating or sleeping or at school, he was buried neck-deep in Lego—most of our conversations were about what part we needed to look for next. He was that typical little boy who gets excited by trains, thinks mud is an accessory and wrestles with anyone who is willing (or half-asleep).

And then he turned nine. Fourth grade was wrapping up, and I knew there had been some boy- and girl-crush talk at school: “What girls do you like?” “Which girls do you think are cute?” He was his usual quiet self, maybe a bit quieter, but I wasn’t too concerned. He didn’t seem overly sad or worried. But then one night before bed, as I was washing the dishes, he silently appeared beside me. I asked what was up, but he just stood there in his cute little monster truck pyjamas. It wasn’t until I put down the dishcloth and looked him in the eye that he started to talk. In a flood of words, he told me he wanted to tell his friends that he was gay—it felt like he was keeping a secret from them, and when he thought about it too much, it made him feel sick.

My heart ached, and I wished I could rewind to the time when kisses and cuddles fixed absolutely everything. The protective part of me was hesitant and wanted to discourage him from coming out. I worried about bullying, of course, and also that his friends might not react favourably. They were nine years old! Their conversations were about farting and video games! But I also couldn’t imagine asking him to be anything less than his fabulous self, and it didn’t feel right to suggest he hide who he was from the people he felt closest to.

MORE: Three Syrian mothers share their stories of starting over

After some soul-searching and many late-night talks with my husband, we decided to first tell the parents of his closest friends so they could be ready to answer any questions. It seemed like a small way to protect him, the least we could do. I expected drama. I expected tears. But it was almost a non-event. The responses from his friends ranged from, “So?” to “Who are you gay with?”

Not much was said after that. Playdates and sleepovers continued as usual—nothing changed except perhaps their language. They stopped assuming everyone in the world was straight. When they talked about “crushes,” it became, “Who do you like?” A slight modification, but pretty awesome and maybe, dare I say, even life-changing. It still blows my mind that this event in our lives caused a shift in other people’s lives as well.

The biggest change, however, was in Lucas himself. It was like someone had kicked the party into high gear: He was suddenly dancing and singing—all the time. My quiet boy started living life in full-colour, topped with a glitter-bomb of happiness. It was like I was suddenly raising a sparkly rainbow unicorn. He was more confident and outgoing, and you couldn’t shut him up. His teachers noticed it, and his marks improved significantly in grade five. There’s been no looking back since.

I still have worries—I imagine I always will—but there are fewer now, because I can see him becoming more resilient every day, wearing his new-found confidence like a superhero cape. And in fact, this self-assurance is what has helped when he has experienced some bullying. Being comfortable in his own skin has shielded him from the everyday meanness of elementary school. So when another student said something to him like, “Well, at least I’m not gay!” during a disagreement, he wasn’t fazed. Sitting in the principal’s office with Lucas afterward, I thought about how I can’t protect him from unkind words. Chances are, high school will be even more of a minefield. But I am hoping to be surprised. I’m hoping to be overwhelmed by the amazing people he meets. And I’m hoping he tells me about his first crush, kiss or boyfriend.

On our walk home from the school that day, I started to launch into my pep talk about what an amazing kid he is and how proud I am, but he stopped me before I could truly get going. “I’m good, Mom,” he said. “Really.” I let out another one of those big parental exhales and smiled, because I knew he was and I know he always will be.