Who knew the world of theoretical physics could be so exciting? 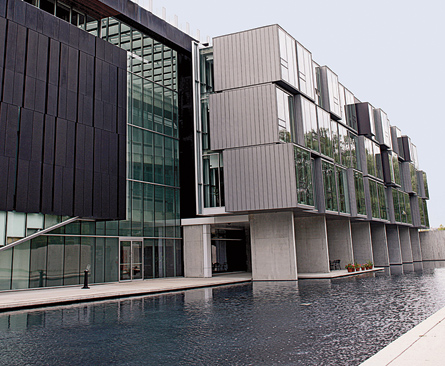 “It’s an odd story,” Howard Burton said over the phone from his country home in France. If anything, that was an understatement. Burton’s new book, First Principles: The Crazy Business of Doing Serious Science, tells at least three odd stories.

Mostly it’s about how Mike Lazaridis, the founder and co-CEO of Research In Motion, came to launch and substantially bankroll the Perimeter Institute for Theoretical Physics in Waterloo, Ont. It’s also about how Lazaridis came to hire Burton, a random guy with a PhD in physics who had achieved no great distinction in the world of science, to run this odd new behemoth. And near the end, it turns into a book about how Burton left Perimeter, on very short notice, in 2007.

The short version is: his contract wasn’t renewed. But in the book and in conversation, Burton comes as close as he can to saying he was fired, and that the book itself is the reason.

At first, Lazaridis was eager to have the research institute’s founding director tell the story of this extraordinary institution, a colony for dreamers and thinkers in southwestern Ontario that has attracted some of the world’s brightest theorists to probe the origins and interactions of time, space and matter. But, Burton says, all that changed as his copy deadline approached. “The book in itself, the spectre of the book, came to be seen as vastly more provocative and controversial than it was ever meant to be, and than I think it is,” Burton told Maclean’s, crediting “a fair amount of circumstantial evidence.”

In the book, he says blaming his departure on the failure of contract negotiations “hinges on a particularly loose interpretation of the word ‘negotiations’ . . . I never had any intention of suddenly walking away in such an abrupt fashion.”

John Matlock, Perimeter’s director of communications, contradicted most of Burton’s assertions. “Howard was not dismissed,” Matlock said in an email. “His non-renewal was not connected to a book and, as PI considers this to be a private personnel matter, there won’t be further comment.” The email does add that Burton’s “passion, personal opinions and uncompromising style marked his tenure here,” and that “Perimeter has taken great strides forward” since his departure.

So. A mystery. They’re always fun. But it would be unfortunate if the circumstances of Burton’s departure were to distract from the extraordinary feat of Perimeter’s creation, or from Burton’s book about those years, which is far more entertaining than a book about administering a science institution has any right to be.

The tale begins in 1999 with Burton fresh out of university and dreading a career on Wall Street, where a generation of physicists and mathematicians went to calculate the returns on assorted investment schemes: lucrative but soul-destroying work. He sends copies of his CV at random to a bunch of executives. Only Lazaridis, a romantic whose company (“they made some sort of wireless device,” Burton recalls) wasn’t yet rocking the world, offers Burton an interview.

“I’m talking about investing lots of money in something important,” Lazaridis tells his mystified young recruit in an Italian restaurant. “Are you interested?”

Burton isn’t sure. “I DON’T EVEN KNOW WHAT WE’RE TALKING ABOUT!” Lazaridis writes a sum on a napkin. “This was, I suddenly grasped with a ?ash of insight, the salary negotiation segment of this bizarre afternoon.”

Soon Burton finds himself flying around the world, trying to recruit brilliant scientists to this amorphous venture. At every turn he is acutely aware that his modest scientific credentials wouldn’t be worth their attention if he didn’t have a rich eccentric’s money backing him up. “I was caught in a Groucho Marxian nightmare of creating a club that I shouldn’t even be a member of, let alone lead.”

But lead he did, with considerable success. First Principles turns out to have a lot to say about the challenges of starting any big, bold enterprise from zero. Our wide-eyed novice administrator must decipher the mysteries of recruitment, ?nd an architect to build a headquarters for the new institute, wrangle matching grants from assorted bewildered governments, and manage relations with the University of Waterloo, which is close to Perimeter but was denied a formal relationship with it.

He’s frank about his own failings (“The whole concept of management has always been a mystery to me”) and everyone else’s (“The real problem, the elephant in the room, is that the vast majority of the world’s population is not only scientifically illiterate, but worse still, scientifically indifferent”).

Quite apart from its intrinsic charm, which is considerable, Burton hopes this tale of Perimeter’s creation can serve as a model for “future, productive, public-private partnerships.” Perimeter continues, under the direction of Burton’s replacement, the distinguished British theorist Neil Turok. What does Burton do next? He speaks broadly about “projects that are incredibly ambitious but maybe slightly more tractable than getting Canadians excited about science and technology.”

For a few years in the late 1990s, Canada looked like it might become a global leader in the knowledge economy. Now, Burton worries, “the epithet that’s always applied to Brazil—that it’s a country with a great future, and always will be—could apply to Canada too.”