Rally against violence turns into a call to action against racism 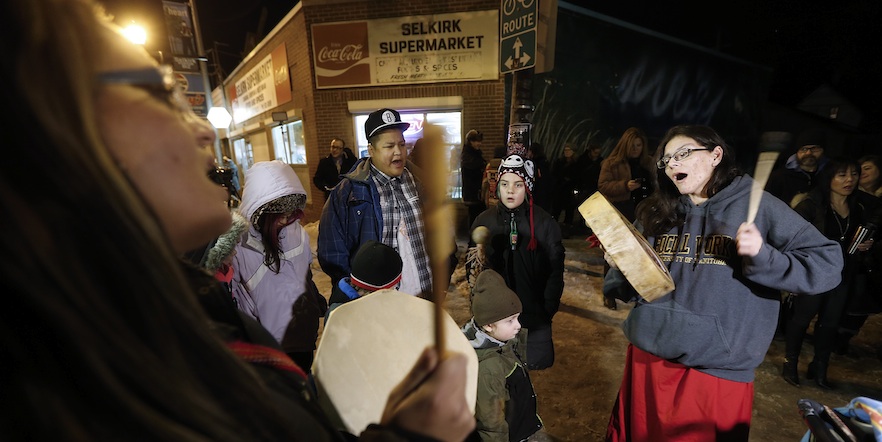 A rally against violence in North End Winnipeg turned into a call to action in the wake of a Maclean’s story this week that called out Winnipeg for racism.

“We can’t change what’s happened in the past,” organizer Michael Champagne told a crowd at the Selkirk Avenue Belltower Friday night. “But we can change the future if we lead with our example.”

“Our secret is out. I think we’ll become a better, stronger, healthier, kinder city if we acknowledge our failing and act proactively to change it,” Leah Gazan, president of the city’s Social Planning Council told Maclean’s. “It’s our secrets that keep us sick.”

Winnipeggers of all ethnic backgrounds said they were there to stand up against the ugly racism many indigenous residents tell Maclean’s is their daily reality. Andrew Vineberg said he wanted to be part of “bridging that divide.”

City resident Arden Ogg said it was crucially important to stand beside the city’s indigenous community today, and in the weeks ahead. “Non-Aboriginal people need to understand the burden some carry, and find ways to restore respect.”