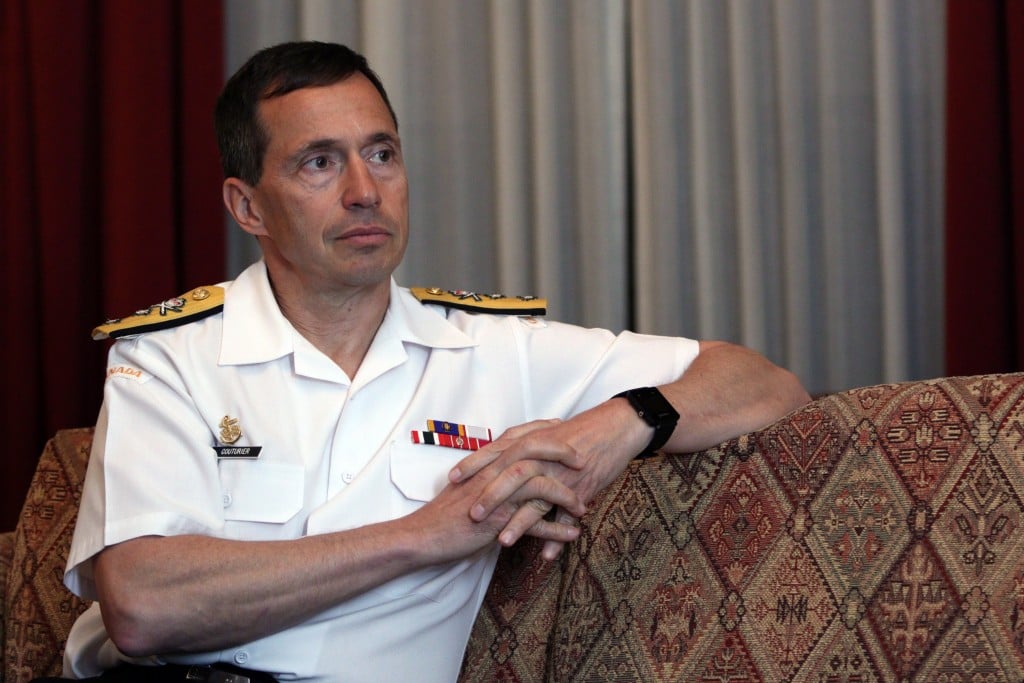 VICTORIA – The West Coast’s top-ranking naval officer says there’s no room for sexual misconduct on board his ships, and he’s on a mission to offer support and comfort to victims of abuse.

Rear Admiral Gilles Couturier said Wednesday in an interview with The Canadian Press he won’t tolerate sexual misconduct offences in the Canadian Forces.

“The Chief of Defence Staff (Gen. Jonathan Vance) has said, ‘not in my Canadian Armed Forces,”’ said Couturier. “I’ll say, ‘not in my navy.’ Those kind of people, again, are not the kind of image, the kind of folks I’m looking for. If they are predators, they don’t belong in my outfit. I’ll be as simple as that.”

Couturier said the increase was expected after the military opened itself to hearing allegations.

“We like to think we made some progress as an organization, as an institution in the Canadian Armed Forces,” said Couturier. “People believe they’ve got a better opportunity to make their case and we’ll listen. We’re telling them, ‘we’ll support you. Let us know what happened, and we’ll help you.”

Former Supreme Court of Canada justice Marie Deschamps delivered a report last year documenting what she described as a culture of sexual harassment in the military.

The Canadian Forces’ highest-ranking woman, Maj.-Gen. Christine Whitecross, dismissed reports last May that her work on a response to Deschamps’ review was being constrained by a top military directive to ignore certain recommendations.

Deschamps made 10 recommendations, including forming an independent complaints process for victims of sexual abuse.

Couturier said he was stung by Deschamps’ report.

“I was hurt,” he said. “I felt I failed in some area. I’m very keen to make people not afraid to come out.”

He said he was particularly wounded by Deschamps’ finding that people in the navy fear reprisals if they come forward with their stories of sexual misconduct.

“People are scared the chain of command is going to affect their career,” said Couturier. “My message to you and my message to everybody I talk to is that’s so far from the truth. If you have an issue come to us and we’ll help.”

He said stamping out sexual misconduct in the military remains a work in progress.

“We are not there yet, but we are much more open,” Couturier said. “We’re taking action to deal with what we’ve observed as a miss in our way of doing business.”

The naval officer said Canadian women should feel comfortable and safe embarking on careers in the navy.