Brazeau, being tried by judge alone on charges of assault and sexual assault, has pleaded not guilty 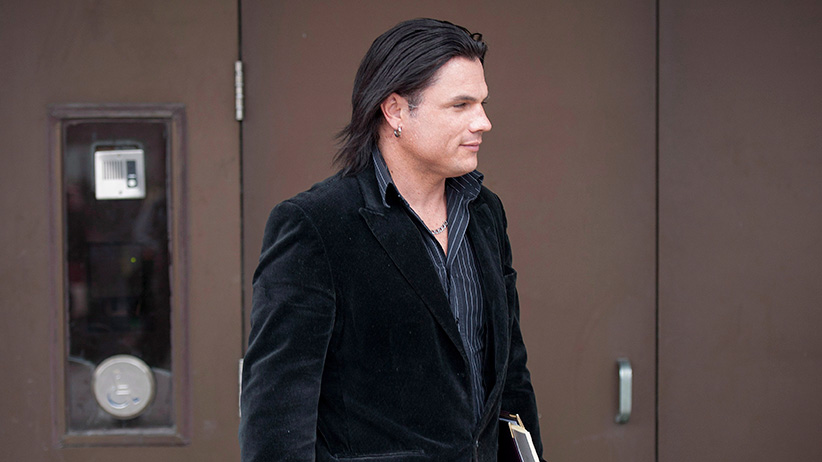 GATINEAU, Que. — The Crown’s key witness in Patrick Brazeau’s assault trial told the court Friday for the first time that she feared for her life during her alleged altercation with the suspended senator two years ago.

The female complainant, whose identity is protected by a publication ban, broke into tears after making the statement at the courthouse in the Quebec city of Gatineau.

The woman’s remark came after she spent more than five days under cross examination by Brazeau’s attorney.

Brazeau, who is being tried by judge alone on charges of assault and sexual assault, has pleaded not guilty.

The charges arose from the alleged incident in February 2013.

“I was afraid I was going to die,” the complainant said through an interpreter at the trial, which is being conducted in French.

Brazeau’s lawyer, Gerard Larocque, quickly noted that the woman had never told the court, nor police that she feared for her life during the confrontation. The woman acknowledged she had never revealed this in previous statements.

Larocque, who spent days grilling the woman in an effort to chip away at her credibility, also asked her why she stayed in the house if she was so frightened, particularly since she also testified that Brazeau had been telling her leave during the incident.

As Larocque pressed the woman on the stand, she started to cry and grabbed a tissue to wipe her eyes. The woman, who has struggled to recall specifics from the incident, said she couldn’t remember everything.

“I’m sorry I’m trying to get into details, but what I went through is very difficult,” said the woman, as she stood a couple of metres from Brazeau.

“It’s difficult for me to be in front of my aggressor.”

The complainant has accused Brazeau of pushing her down stairs, choking her, smacking her head against a wall and a stair, spitting on her and sexually assaulting her.

Larocque has tried to poke holes in the woman’s testimony and has suggested she is an aggressive person prone to losing control.

Earlier in the trial, he suggested that she instigated the physical confrontation that led to Brazeau’s arrest — alleging she smacked his client with her hand and a leopard-print bra.

Larocque has also accused the woman of striking Brazeau in February 2012 — a year before the incident that led to his client’s arrest. The woman has confirmed she and Brazeau met police following a 2012 incident, but has flatly denied hitting him.

Brazeau, who was expelled from the Conservative caucus shortly after his February 2013 arrest, is expected to testify in his own defence.

The court also heard testimony Friday from two members of the Gatineau police force who responded to the woman’s 911 calls shortly after 9 a.m., including the officer who arrested Brazeau.

Francis Carpentier said the woman met him at the door. He recalled that she was crying and trembling.

“The lady seemed to be in shock,” he said.

Carpentier told the courtroom he caught a whiff of alcohol on Brazeau as he cuffed him and read him his rights on an assault charge.

“Mr. Brazeau was calm and quiet, he was collaborative,” said Carpentier, who also described the moment later that morning when he informed the senator that a count of sexual assault had been added to his file.

“He put his head down, but he didn’t say anything.”