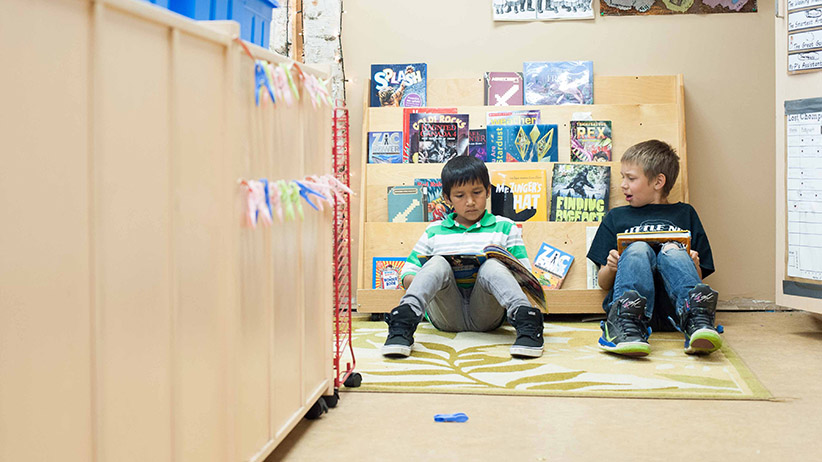 The Conservative government’s native education policy is immoral, Martin said in a speech during the Assembly of First Nations’ annual meeting.

“How can the government of Canada deprive a group of six-year-olds the same opportunity to learn to read and write as other six-year-olds have?” Martin said.

“It makes no sense … it’s morally wrong and it’s disgraceful.”

The ex-Liberal PM maintains the money needed to fund aboriginal schools at the same level as those in the rest of the country would be less than the cost of the lives of young aboriginals that are ruined by unemployment, suicide and school dropout.

He also says he’s convinced that Canadians would support the country’s First Nations in any educational initiatives and urged communities not to wait on Ottawa to make the first move.

“It’s because of the kind of people across this country who want you to succeed, people who already support you and to whom Canadians will listen,” Martin said.

Martin negotiated what became known as the Kelowna Accord, which included measures to reduce inequalities between natives and non-natives — notably in the field of education.

But the $5-billion agreement was never put in place by the Conservative government, which took power in 2006.

“And years later, there is still a massive gap in education,” Martin said.

The Conservatives introduced a $1.9-billion education plan for First Nations, one that divided the community because some considered that the federal government was keeping too much control.

Following his speech, Martin criticized the plan as too paternalistic.

He said it provided less money than what was called for in the Kelowna Accord a decade ago.

AFN National Chief Perry Bellegarde gave the closing speech to the assembly on Thursday and reiterated that the goal of the meeting was to find ways to better the lives of aboriginals across the country.

He also called on native people to vote in the upcoming federal elections in the fall.

Bellegarde said the aboriginal vote could make a difference in 51 federal ridings.

Mulcair offered a “new era” of nation-to-nation relations with indigenous communities while Trudeau said he will reset the relationship between natives and the federal government.