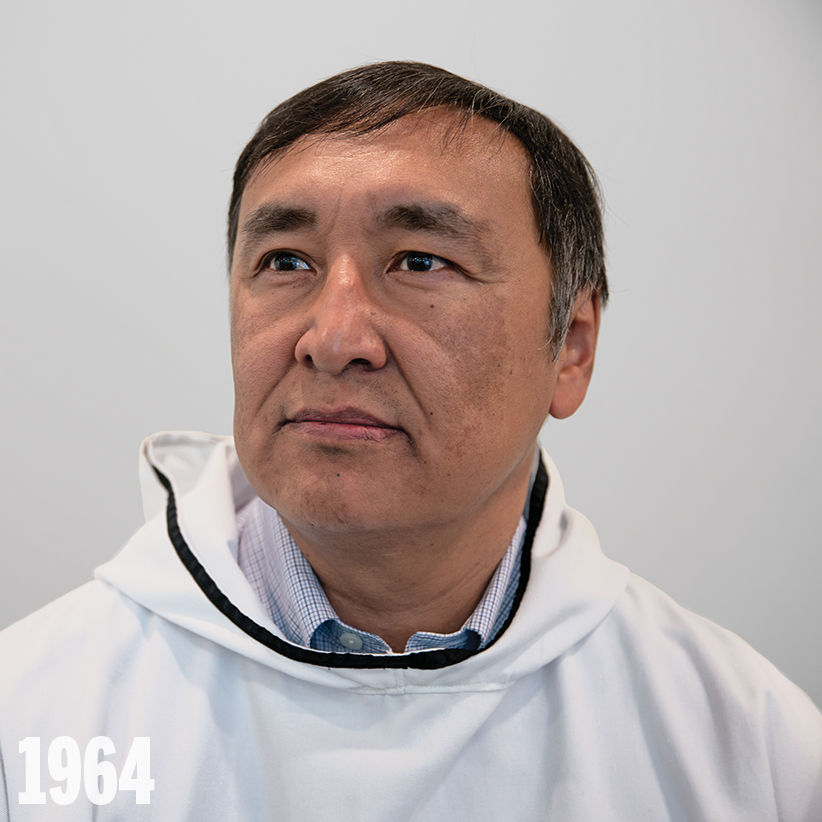 Nunavut was born at the stroke of midnight, April 1, 1999, in modest circumstances. The legislative assembly, with its soaring timber frame, walrus-tusk door handles and sealskin-upholstered chairs wasn’t yet finished, so the ceremony was moved down the road to the gymnasium at Inuksuk High School. Gussied up with some flags, bunting and velvet ropes, it was at least large enough to accommodate the visiting dignitaries, local leaders and their guests, if not all of the press who descended on Iqaluit. Paul Okalik, the new territory’s first premier, has strong memories of taking the oath of office, dressed in his sealskin vest and matching boots, with his two young children watching in the audience. “There was something symbolic about it,” he says. “It felt like it was our time.”

The rest of the day was a blur. Lots of photos and interviews. Another ceremony—this time in black court robes and those boots—where he and the territory’s other lawyers were sworn into the Nunavut bar. (Then just 34, Paul had become the first Arctic-born-and-raised Inuk to qualify as a legalist just six weeks earlier.) Receptions. An evening gala with performances from local singers and dancers. The moment when he sat down beside prime minister Jean Chrétien to sign the official proclamation and his pen ran dry. “I had to be in a lot of places,” he recalls. “And I didn’t get a lot of sleep the night before.”

At the time, Paul was the country’s youngest premier, still struggling with a hefty student debt. While studying at the University of Ottawa, he had become involved in the tail end of the 25-year land claim negotiations that led to the creation of the vast and mostly empty new territory—2.2 million sq. km with a population of 25,000. Paul stood for election—both his first and the territory’s—and won a seat in the 19-member legislature. In March 1999, he emerged as the surprise choice of his colleagues for premier. Most observers had figured that Nunavut’s first leader would be Jack Anawak, a 48-year-old former Liberal MP who had been the interim commissioner overseeing the creation of the government. But after a day of speeches, questions and discussions, all before the public in the Iqaluit Air Cadet Hall, the consensus choice was Paul.

The youngest of seven children, he embodied a great cultural and generational shift among the Inuk. Pangnirtung, his Baffin Island home-hamlet, didn’t have a teacher until 1956 or a government outpost until 1962. His eldest sister, Ida, was born in a traditional hunting camp and never learned to speak English. As a teen, Paul was sent to a residential high school in Iqaluit. An older brother, Norman, committed suicide. Paul developed a drinking problem, found himself in trouble with the law and was expelled from school. He didn’t get his life back on track until he entered a rehab program in his mid-20s. 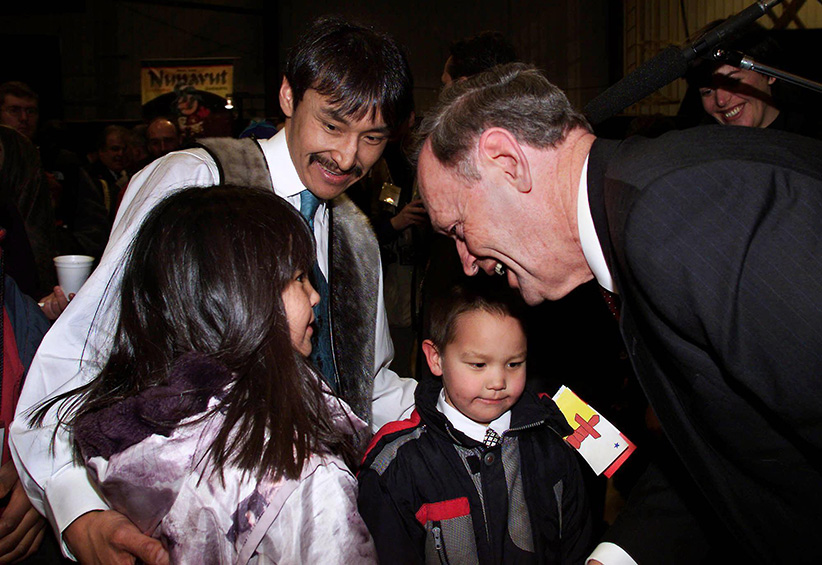 When Okalik (pictured with his children) sat down with Chretien to sign the proclamation, his pen ran dry. (Kevin Frayer/CP)

The early months of Nunavut’s first government had a makeshift feel. “We didn’t have a lot of employees. We didn’t have a building. My cabinet colleagues were spread all across town,” Paul recalls. But he remains proud of what they eventually accomplished, particularly when it comes to education: providing more money for students and building a number of new schools.

Paul was re-elected for a second term as premier in 2004 but failed in his bid for a third mandate in 2008. He ran for the federal Liberals in 2011, losing to the Conservative incumbent Leona Aglukkaq. He returned to the Nunavut legislature in 2013. He regrets that so many of the social challenges he hoped to address as premier continue to plague the territory. “Our population has gone through a very rapid transition and a lot of trauma,” he says. “We need a bit more time to adjust our lifestyles and move on.”

For Paul, the promise of Nunavut’s modest beginning has never faded. He cherishes the memory of that day and still has the sealskin vest, now put away for safekeeping. Seventeen years on, it no longer fits. “It’s too small,” he laughs. “I think I’m growing the wrong way.” — Jonathon Gatehouse