Paul Wells in Conversation: The premiers 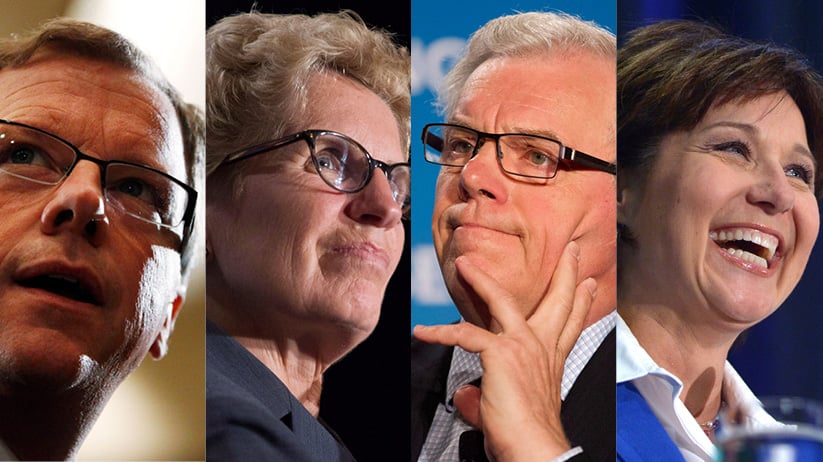 Maclean’s Political Editor Paul Wells reports from the Council of the Federation in Charlottetown.

Christy Clark has big plans for energy exports from British Columbia, in the form of liquefied natural gas on tanker ships to Asian markets. But that needs to happen soon if it’s going to happen. And it can only happen with the support of Aboriginal groups in the province.

So Clark had a lot to tell her colleagues in Charlottetown about relations with First Nations and about export markets.

Like everyone at the conference, she was heartened by the enthusiastic participation of the new guy, Quebec’s premier Philippe Couillard.

Manitoba has long been a crossroads for goods and people traveling east and west, so it makes sense that Premier Greg Selinger would be preoccupied by trade.

He came away from this Council of the Federation encouraged by his colleagues’ agreement to push hard for deeper liberalization of trade within the Canadian market.

As a New Democrat, he’s keenly aware of sensitivities among labour groups and small business to any change on that front. He explained why it’s worth it.

Brad Wall knows what it’s like to be the new guy everyone is watching at a premiers’ conference.

That’s the situation he faced in 2008 at his first meeting of the Council of the Federation. Now with seven of these conferences under his belt, he’s learned to push the ideas near to his conservative heart — freer trade, personal responsibility — at a table where most of his colleagues sit to his political left.

Wall talked to Maclean’s about his efforts to improve Canada’s internal trade market, about the reasons why he disagrees with Stephen Harper about the need for an inquiry into missing and murdered Aboriginal women — and about this year’s newly elected premier, Quebec’s Philippe Couillard.

Kathleen Wynne’s clout among her colleagues has increased considerably in only a year.

All it took was for Ontario’s premier to win a surprise majority election victory for her Liberals in June’s provincial election. Now she has four years to advance her agenda: infrastructure spending, designing a health care system for an aging population, and getting Ontario’s fiscal house in order.

She described these challenges to Maclean’s and discussed her budding partnership with her newly elected Quebec counterpart Philippe Couillard.

FILED UNDER: council of the federation Paul Wells in Conversation