Brown won the party leadership in May after resigning his federal seat as the Conservative MP for Barrie. 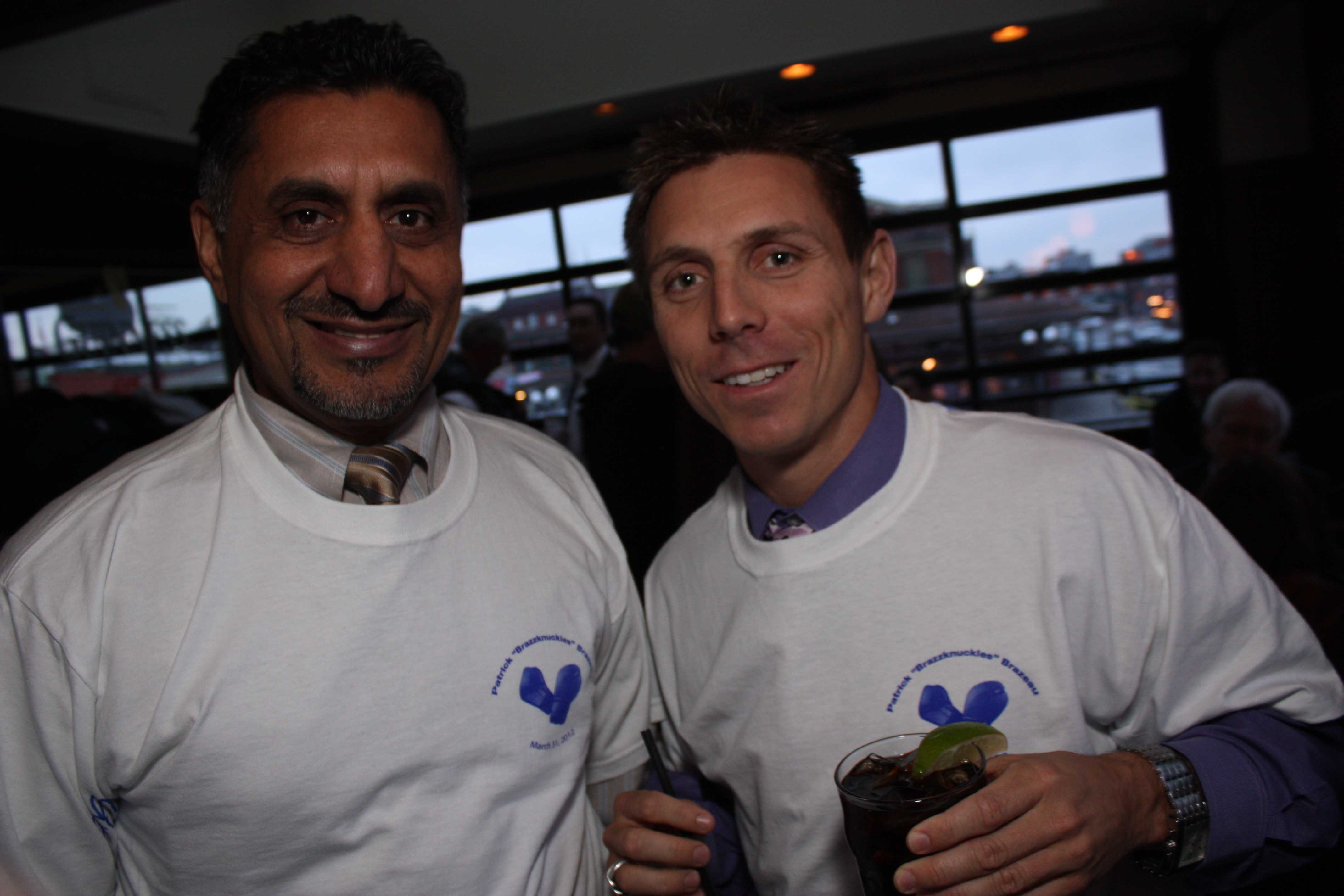 Patrick Brown, right, back in his days as an Ottawa MP. He now leads Ontario’s Conservatives and hopes to win a seat in the legislature tonight.

Voters in the central Ontario riding of Simcoe North head to the polls today in a byelection Progressive Conservative Leader Patrick Brown has to win in order to have a seat in the legislature when it resumes this month.

Brown won the party leadership in May after resigning his federal seat as the Conservative MP for Barrie.

Also running in the byelection are Liberal candidate Fred Larsen, who lost to Dunlop in the previous two elections, and NDP candidate Elizabeth Van Houtte — a professor of social work at Lakehead University.

Brown has spent the summer putting to work the canvassing and campaign organization skills that saw him beat out caucus favourite Christine Elliott for the party leadership.

With all of his door-knocking and an endorsement from Dunlop in a riding he held for 16 years, Brown is expected to win.

But the Liberals are not letting Brown take the riding without a fight.

Deputy premier Deb Matthews sent a letter to 47,000 homes in the riding portraying Brown as an extreme right winger who is opposed to same-sex marriage and the women’s right to choose.

Matthews also pointed out that Dunlop had criticized Brown for opposing an update to Ontario’s sex-education curriculum, and said his resignation “shows there’s no room left for moderates in Patrick Brown’s extreme-right PC party.”

Rob Leone, a political science professor at Western University and a former PC member of the legislature, said Brown has shown that he is a constituency politician who will work hard and will “out-hustle” his opponents.

“Those certainly were characteristics that allowed him to succeed in the leadership. He worked tirelessly, he had full-day schedules and he made so many personal phone calls to people that I just don’t think the other candidates could match that kind of work ethic,” Leone said.