Dogs and cats in cabins? Oh my! 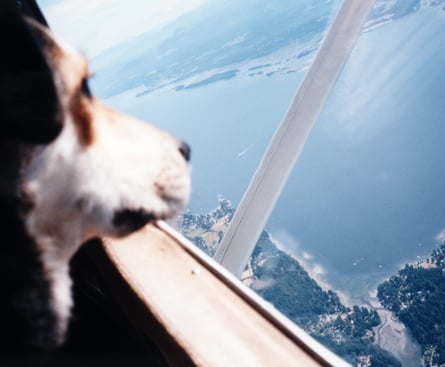 Before leaving his home in Smithers, B.C. for Northern Ontario in 2004, Dr. Darren Jakubec felt nervous about taking his dog on the flight with him, “for reasons I can’t entirely explain.” A family doctor, Jakubec was travelling to Wawa, Ont., with his wife, a nurse, to start a six-month work contract. Leaving their black dog Sila behind wasn’t an option, he says. Sila, a black lab mix, was kenneled and placed in the plane’s cargo hold. After deplaning in Winnipeg for a connecting flight, the couple waited anxiously for their dog. When she was finally taken off the plane, they were devastated by what they saw: “Sila was brought out onto the carousel,” he says, “dead.”

Jakubec paid for an autopsy “that showed carbon monoxide poisoning as the probable cause of death,” he says. After a two-year legal battle, the case was settled out of court. Jakubec and his wife eventually made it to Wawa, where they adopted another stray dog, Beck, also a black lab mix. Though he won’t fly with a pet again, Jakubec says “if you absolutely have to, insist they’re in the cabin with you.”

In 2006, Air Canada announced that pets could no longer travel in the passenger cabin, partly due to allergy concerns. This week, they reversed that policy: as of July 1, travellers on Air Canada or Jazz flights will be able to bring some pets into the cabin with them. “We’ve had people asking for this service,” says Air Canada spokesperson Peter Fitzpatrick. “Pet owners are fairly ardent about their creatures.” So, for a fee of $50 per domestic flight ($100 for an international flight), customers can bring cats or small dogs in an approved carrier so long as the animal and carrier weigh no more than 22 pounds combined. The pet, which counts as a piece of carry-on luggage, must be stored under the seat in front of the owner, Fitzpatrick says, “although you can put the carrier on your lap if there’s no turbulence.” Up to four animals will be allowed in the cabin at a time. Jakubec, for one, welcomes the news as “a small step in the right direction.” But others aren’t so sure—asthma and allergy sufferers chief among them (up to 30 per cent of Canadians are affected by dog and cat allergies).

The Canadian Lung Association is calling on the House of Commons Standing Committee on Health to look at the issue of pets on planes. Dr. Peter MacLeod, a semi-retired chest physician and past president of the CLA, says the air inside plane cabins is recycled through air vents, so even small amounts of allergens (like pet hair or dander) can easily spread. “If someone brings a dog or cat onto an airplane and there’s an asthmatic [on board], it can trigger a potentially fatal asthma attack,” says MacLeod. Such attacks would be very rare, he says, but “it would take just one fatal case to have this policy reversed, and it’s a shame if it comes to that.”

The airlines insist that won’t be a problem. WestJet, which has been allowing pets in passenger cabins for at least 10 years, flew more than 14 million people last year and only got “two or three complaints on the pet allergy issue,” says spokesperson Robert Palmer. (In addition to dogs and cats, WestJet also allows rabbits and birds in the cabin.) Like Air Canada, WestJet allows four animals at most in a cabin, but it’s “extraordinarily rare” to have that many animals travelling at once, Palmer says. And when there are pets on the plane, he adds, “most people don’t even know” thanks to an air filtration systems that’s “top of the line.” If passengers identify as allergic, and there’s an animal booked on the same flight, both Air Canada and WestJet will both do their best to seat passengers at different ends of the cabin or reschedule one’s flight at no extra cost.

Beyond allergy concerns, some people just don’t like the idea of sharing cramped quarters with other people’s pets. And what if the animal needs to eat, or—even worse—relieve itself? Vets recommend not feeding pets before a flight, and putting pads inside their kennels. “Most cats and dogs are used to holding it for at least a couple hours,” says Palmer.

Naturally, pet lovers heartily support Air Canada’s new policy. “As a veteran air traveller, I would find [pets] much less objectionable than some of the people who’ve sat next to me on a flight,” says Michael O’Sullivan, executive director of the Humane Society of Canada, who notes that travelling in the cabin is safer for pets, too. People with more exotic animals, though, might be out of luck. “We don’t get very many requests from people travelling with boa constrictors,” Palmer says, although WestJet will allow guinea pigs, hedgehogs and chinchillas in checked baggage. Air Canada’s cargo division has a live animal unit, says Fitzpatrick, specially trained to handle everything from “butterflies to orangoutangs going to the zoo.”