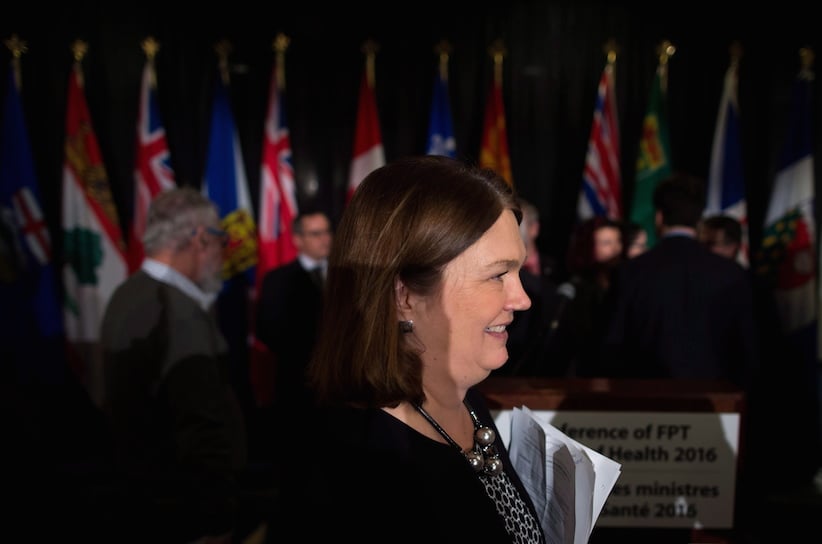 Federal Minister of Health Jane Philpott leaves after a news conference following the final day of a meeting of provincial and territorial health ministers in Vancouver, B.C., on Thursday January 21, 2016. THE CANADIAN PRESS/Darryl Dyck

Health conditions on the ground in both aboriginal communities have attracted international headlines, particularly a flurry of attempted suicides in Attawapiskat, near the shores of James Bay.

NDP indigenous critic Charlie Angus, the MP for the riding that encompasses both reserves, says he is pleased Philpott is paying a visit.

Angus, who is travelling with the minister and indigenous leaders, is calling for concrete actions from the government, including changes to Health Canada’s program for delivering medical services to First Nations.

In April, Dr. Michael Kirlew, a doctor based in Sioux Lookout, Ont., told a Commons committee the government must make “drastic change” to save lives, noting the program creates unnecessary barriers for physicians trying to deliver care on reserves.

Attawapiskat’s chief Bruce Shisheesh is expected to sit down with Prime Minister Justin Trudeau in Ottawa for a face-to-face meeting later this month.