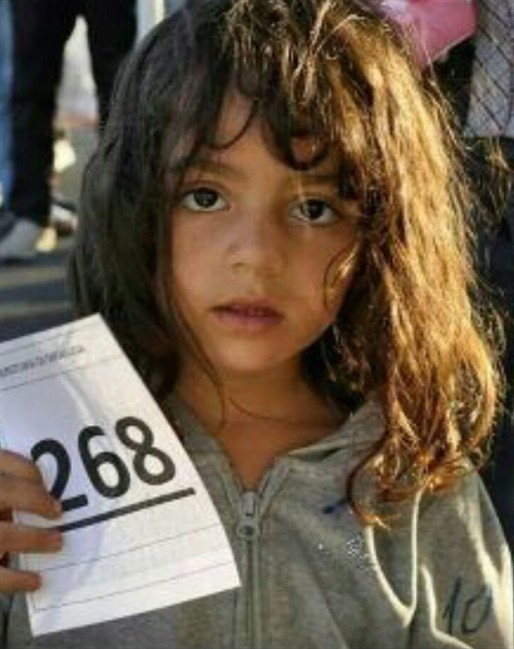 Mira Akram Al Jawabrah is shown in a family handout photo. Canadian relatives of a missing, five-year-old Syrian girl are appealing for help after a mysterious photograph (shown) surfaced on the Internet, suggesting she may have been the only member of her family to survive a bid to escape the war-ravaged country. (HO-Mohamed Masalmeh/CP)

HALIFAX – Canadian relatives of a missing, five-year-old Syrian girl are appealing for help after a mysterious photograph surfaced on the Internet, suggesting she may have been the only member of her family to survive a bid to escape the war-ravaged country.

Mohamed Masalmeh, a cousin of the dark-haired girl, says he’s sure the photo shows Mira Akram Al Jawabrah after she was rescued from a boat that overturned off the coast of Italy in August 2014, when the girl was three years old.

Relatives were initially told Mira, her parents and three younger siblings — Yousef, Mahmoud and Maria — had drowned as they were making their way from Libya to Italy at that time, said Masalmeh, a friend of the girl’s father and uncle.

The boat had more than 500 refugees aboard when it sank in the Mediterranean, he said. About 200 disappeared.

“We completely lost contact with them, and we didn’t know if they were alive or not,” he said in an interview Wednesday. “We assumed that everybody was dead.”

However, relatives later spotted the girl’s picture among a series of photos on a Syrian news website showing survivors from the capsizing, he said.

In the photo, the girl is holding at white card with the number 268 on it.

A longtime resident of Halifax, Masalmeh said he’s not sure who took the photo, and he says subsequent requests for information from the Red Cross, the Italian government and police have yielded no useful information.

The girl has an aunt living in Kitchener, Ont., and a grandmother living in Jordan, but Masalmeh says the family has had no luck making phone calls and submitting paperwork through official channels.

“They wouldn’t even identify that the girl was there,” he said.

“They wouldn’t admit that the girl was still alive, even though we saw her picture there. They didn’t want to release any information … I don’t know if it’s just bureaucracy or they just don’t know where she is. There must be a way to track her down.”

The girl, originally from the Syrian city of Daraa, may have been unofficially adopted by a Syrian family that survived the capsizing, Masalmeh said.

“People (there) don’t have paperwork. They could have named her anything.”