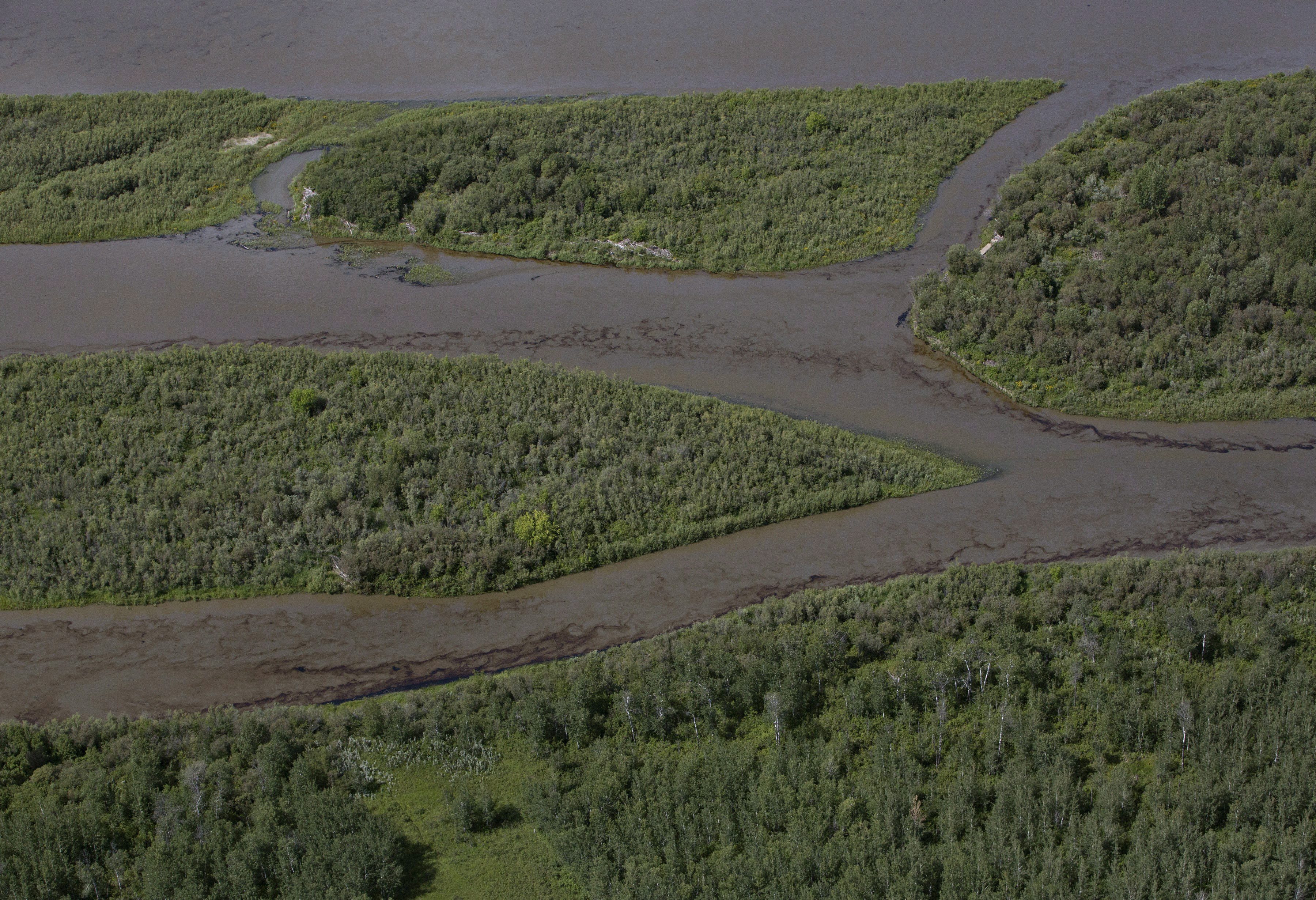 MELFORT, Sask. – Husky Energy knew something might be wrong with one of its oil pipelines about 14 hours before it told the Saskatchewan government of a leak which has since forced communities along the North Saskatchewan River to seek alternative drinking water.

In an update posted to its website Tuesday, the company said its monitoring detected “pressure anomalies” last Wednesday at 8 p.m. as several segments of the pipeline were being returned to service. Such a thing is common when pipelines are started up, the company said.

Husky said it immediately began reviewing data. Crews were sent to check the pipeline, but they did not find a leak. The company also arranged for aerial surveillance to be done at daybreak.

The company said that it began to shut down the pipeline as a precaution 6 a.m. on Thursday. That morning, a sheen was spotted on the river and Husky’s emergency response plan kicked into gear. Cleanup crews were sent to the spill site near Maidstone, Sask.

The Saskatchewan government got word of the spill at around 10:30 a.m. that day.

The pipeline runs from Husky’s heavy oil operations to its facilities in Lloydminster and carries oil mixed with a lighter hydrocarbon, called a diluent, that’s added to ease the flow.

Husky vice-president Al Pate, who is overseeing the spill response, said the company will review what happened.

“Our investigation is going to be comprehensive and it’s going to be thorough, so we will know in due course the sequence of events and what exactly transpired, but right now we’re focused on the response,” Pate said Tuesday.

The company remains confident in its estimate that 200,000 to 250,000 litres spilled, he said. That’s the capacity of two rail cars.

Laurie Pushor with Saskatchewan’s Ministry of the Economy called Husky “open and transparent” and a “responsible operator” and said a provincial investigation will examine whether the company responded appropriately.

The water pipeline network that serves the city of Melfort stopped its intake from the Codette reservoir near the river at around 6 a.m. Tuesday as the oil sheen made its way downstream.

A precautionary drinking water advisory was in effect for Melfort and about a dozen nearby communities. There is an ample backup supply of water, but its quality can’t be assured until authorities figure out the best way to treat it, said Sam Ferris of Saskatchewan’s Water Security Agency.

North Battleford shut off its water intake on Friday and Prince Albert followed on Monday.

North Battleford’s reservoir supplies remain in good shape for now, but alternatives are being assessed, said Ferris. For Prince Albert, work continues on running a hose from the South Saskatchewan River about 30 kilometres away to bring in more supply.

Strict water conservation measures are in place and people in the area are being advised to limit recreational activities on the North Saskatchewan River. That includes swimming, water-skiing or eating fish from the river. Officials say boating and catch-and-release fishing should not be a problem.