'National Aboriginal Day is first and foremost an occasion to celebrate the fundamental role First Nations, Metis, and Inuit' 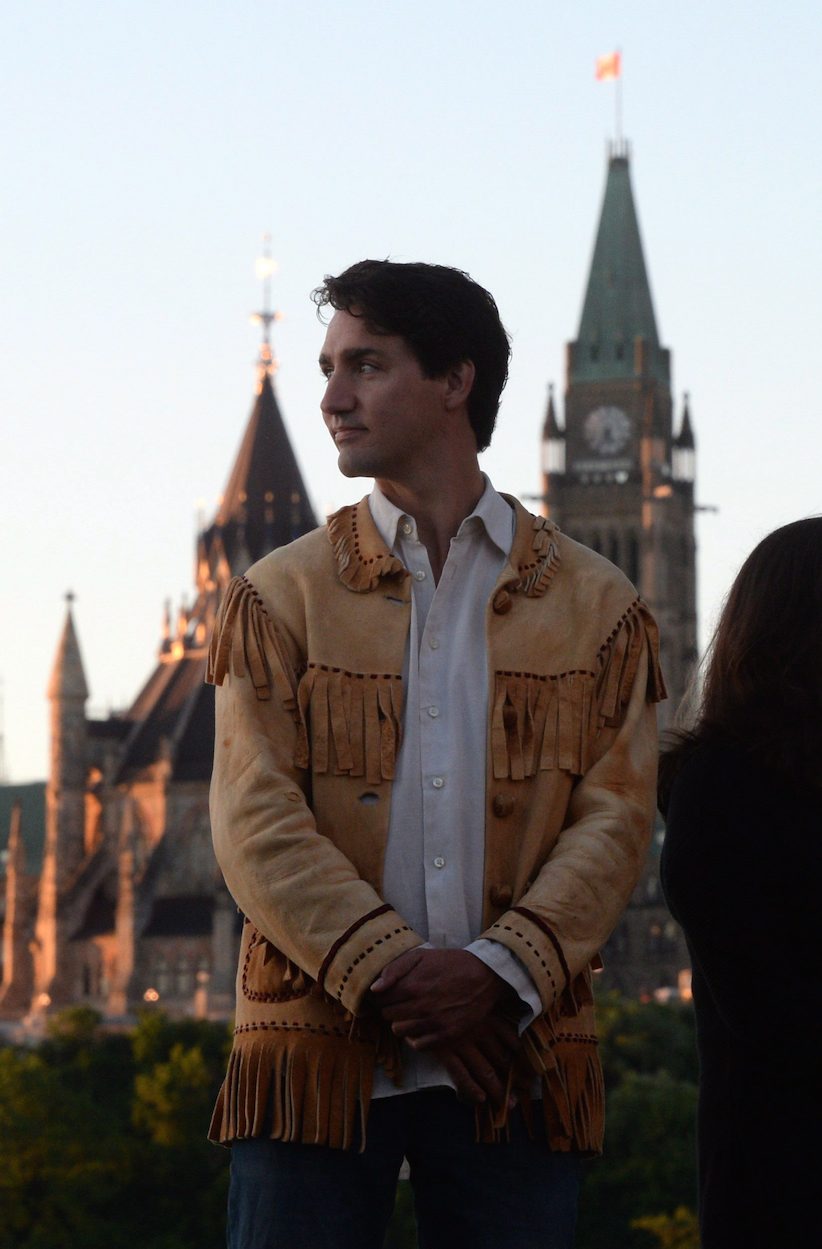 Trudeau attended a sunrise ritual on the shore of the Ottawa River wearing moccasins and a buckskin jacket that his office said was owned by his father, the late Pierre Elliott Trudeau.

The former prime minister was known for donning buckskin as he ventured out in his younger years on canoeing expeditions in Canada’s far north.

As the sun rose beyond a bridge linking Quebec and Ontario, Justin Trudeau was bathed with a ceremonial smoke as part of a smudging ceremony before paddling beneath the Parliament buildings in a 10-metre cargo canoe.

This year, the tribute in the national capital region took place outside Canada’s Museum of History with several federal cabinet ministers and local MPs in attendance.

Trudeau didn’t speak publicly at the event, but issued a statement in which he encouraged Canadians to learn more about the country’s indigenous heritage.

“National Aboriginal Day is first and foremost an occasion to celebrate the fundamental role First Nations, Metis, and Inuit have played — and continue to play — in shaping the identity of all Canadians,” the statement said.

“Coast to coast to coast, their remarkable art and cultures, significant contributions and history, are essential to our sense of nationhood.”

Trudeau also pointed to a rash of recent suicides in some aboriginal communities, and the feelings of despair felt by some indigenous Canadians, as reasons for governments to “better support the well-being of children and families, improve the quality of education for indigenous students, and ensure health services meet the needs of indigenous communities.”

The Liberals campaigned in last year’s federal election on a platform that pledged to boost support for Canada’s indigenous peoples, and to launch a national public inquiry into missing and murdered indigenous women.

Gov. Gen. David Johnston was to mark the day by visiting the Woodland Cultural Centre, a former residential school in Brantford, Ont.

The visit, Johnston said in a statement, would help “to better measure the impact that such institutions have had on aboriginal peoples.”

In 2008, then prime minister Stephen Harper apologized on behalf of the government for the multi-generational upheaval caused by residential schools, which were designed to assimilate aboriginal youth into Canadian society.

The last residential school closed in 1996.