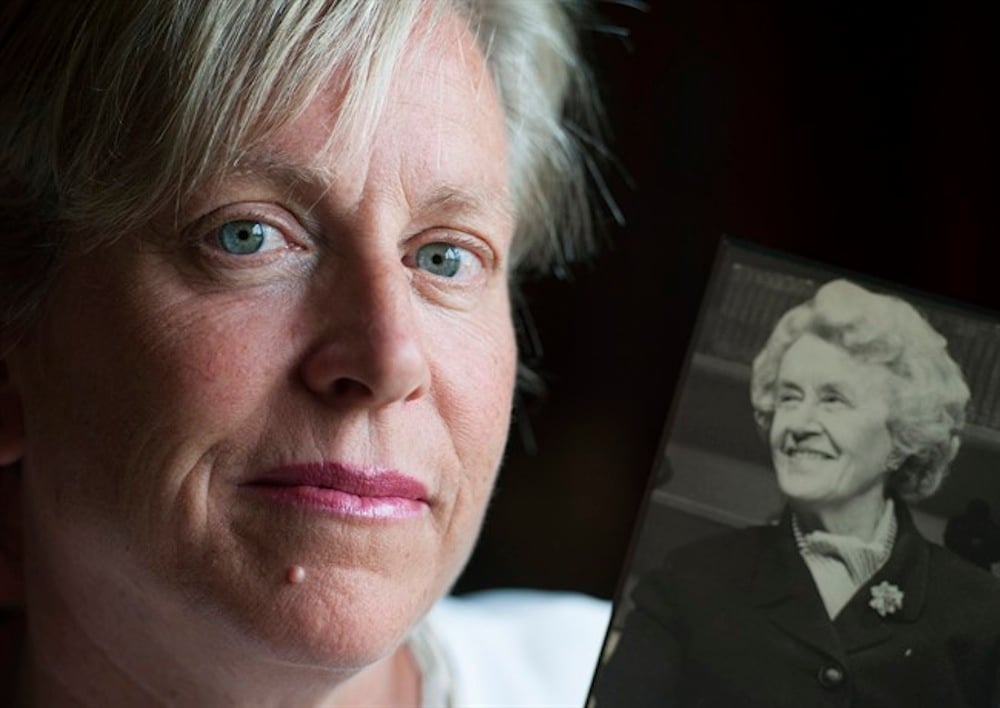 OTTAWA – A spokesman for Prime Minister Stephen Harper dismisses accusations from the opposition parties and others that the government is erasing the late feminist icon Thérèse Casgrain from Canada’s public history.

The guide, launched in 2009 and updated in 2011, has a section on the women’s suffrage movement that includes a sentence on Casgrain’s activism, which helped Quebec women win the right to vote in 1940.

The Canadian Press reported this week that a volunteer award named for Casgrain in 1982 was abruptly eliminated in 2010, unannounced, to be replaced by the Prime Minister’s Volunteer Awards in 2011.

Casgrain’s granddaughter, Michele Nadeau, said the cancellation was made without consulting the family or a Casgrain foundation she heads in Montreal.

“He took out a feminist icon and replaced her with himself,” she said in an interview. “It’s deeply symbolic. It’s emblematic of Harper’s approach to women’s equality.”

Ashton said the brief reference to Casgrain in the citizenship guide is no substitute for the volunteer award honour.

Stephane Dion, a Quebec Liberal MP, also called for reinstatement of the Casgrain award, saying the substitute prime minister’s award is “insulting” to the memory of a pioneer in women’s rights.

Dion said the way the Casgrain award was ended, without an announcement, is typical of the Harper’s government’s penchant for secrecy. “You do it openly and explain why,” he said in an interview.

A spokeswoman for Employment Minister Jason Kenney, whose department is responsible for administering volunteer awards, said the program was changed to broaden eligible recipients to include businesses and not-for-profit groups, as well as individuals.

Alexandra Fortier said that two of the five new categories “maintain the spirit and the objectives of the Casgrain award.”

She also suggested there was fading interest in the Casgrain award in its final two years, with only 52 nominations in 2008 and 69 in 2009, its last year. The first year of the new Prime Minister’s Volunteer Awards in 2011 attracted 751 nominations.

The Canadian Press reported earlier this month that the number of nominations for the prime minister’s award has fallen sharply since, to 482 in the second year and 315 in the current third year.