Pulled video from Stephen Harper's '24-Seven' series featured footage from trip to Iraq, where media were told to not take photos for safety reasons 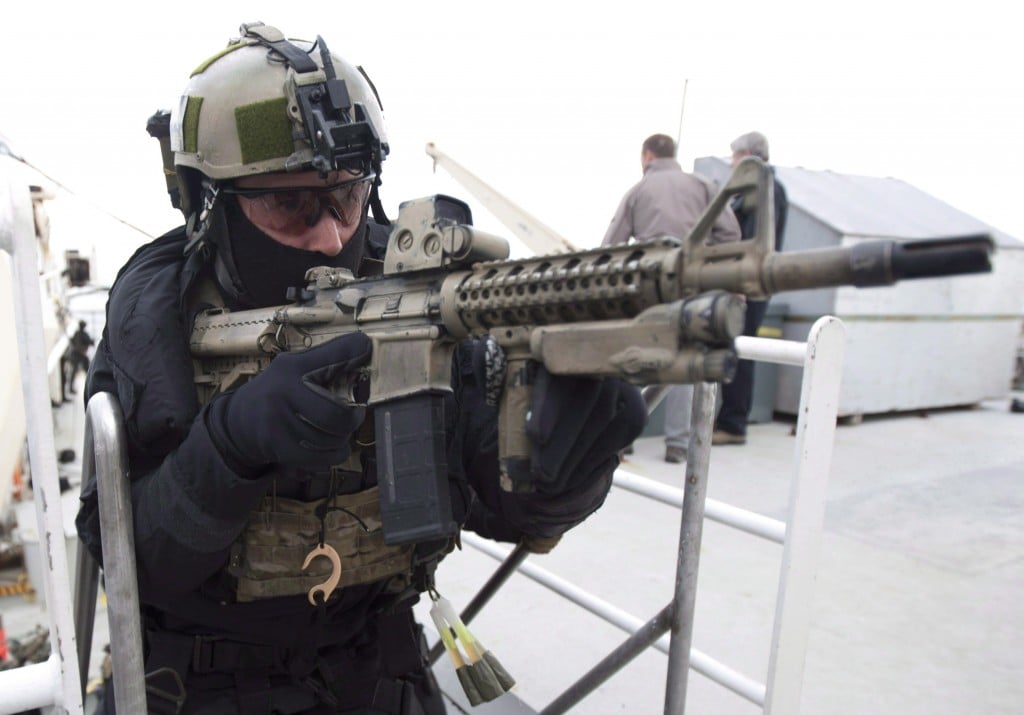 EINDHOVEN, Netherlands – A series of videos distributed by the Prime Minister’s Office, some of which showed the faces of the country’s special forces soldiers, were abruptly pulled offline early Tuesday in an embarrassing security breach.

The videos, on Stephen Harper’s official 24-Seven feed, were taken during his recent whirlwind trip to Iraq and Kuwait, where the travelling media were lectured and asked to sign undertakings that they would not publish images of the elite JTF-2 troops who provided security and conduct a myriad of secret operations around the world.0

The request, made of out fear of reprisal by Islamic State terrorists, was honoured by journalists and photographers, but it appears one of Harper’s videographers filmed some soldiers in the background during an interview involving Defence Minister Jason Kenney.

There are other instances of JTF-2 members being clearly visible, hovering near the prime minister.

But nine hours after that reassurance, the prime minister’s chief spokesman Rob Nicol admitted there had been a mistake.

“After a second review, it became apparent that two of the videos should not have been posted,” Nicol said in an email. “We regret the error and are reviewing protocols for such images.”

Earlier Tuesday, the official said the videos had been pre-screened by the military, which apparently had no concerns. National Defence has not confirmed what sort of review took place.

It’s equally unclear what will happen to the soldiers, whose identity may have been compromised. They could be moved to other assignments. Public Safety Minister Steven Blaney declined to answer when asked about their fate.

In Ottawa, both the opposition NDP and Liberals accused the Conservatives of putting the troops at risk for their own “blatant propaganda purposes.” The 24-Seven website feed carries promotional videos for the prime minister’s office.

“Why is the prime minister’s office breaking rules intended to protect the safety of our Forces, just to make promotional videos for the prime minister? And who over there is going to take responsibility for this fiasco?” NDP defence critic Jack Harris asked during question period.

It’s unclear whether anyone will be held accountable for the breach.

The consequences are crystal clear for journalists and spelled out in the embedding agreement each is required to sign.

“The following shall not be captured through photography or any image-capturing device because its publication or inadvertent dissemination has the potential to jeopardize operations and endanger lives: identification of Task Force personnel who are not designated spokespersons,” said the undertaking signed by the media travelling with Harper.

Photographing of special forces, particularly the anti-terrorism members of JTF-2, is strictly prohibited and anyone who breaks the rules would be liable to be barred from future opportunities and “the Crown may choose to take legal action against a journalist” who publishes the information.

Security around special forces operators has always been strict because of the small size of the force. The military has been extra cautious since two soldiers were murdered by Islamic State-inspired extremists on Canadian soil last fall.

It has imposed a sweeping ban on photographing the faces and name-tags of almost all troops headed overseas, including aircrew involved in the combat mission against the Islamic State and soldiers on training missions in eastern Europe.

The military has defended the prohibition by saying that it was necessary for operational security.

But the rule has proven to be flexible.

National Defence relaxed the ban and released photos of special forces troops carrying the coffin of Sgt. Andrew Doiron, who was killed in a friendly fire incident in early March. Those photos clearly showed faces.