Police reports on Parliament Hill shooting to be released today

OPP will outline investigation into RCMP actions inside and outside the Parliament Buildings on Oct. 22 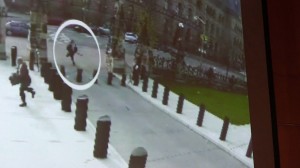 OTTAWA — Censored versions of police reports on Michael Zehaf Bibeau’s attack on Parliament Hill last October are to be released today in Ottawa.

Zehaf Bibeau shot Cpl. Nathan Cirillo at the National War Memorial on Oct. 22, then drove to Parliament Hill and burst into the Hill’s Centre Block before being killed in a hail of bullets near the Library of Parliament.

A video showing Zehaf Bibeau’s first moments inside the Centre Block will be kept secret, but sources with knowledge of the video say it shows him wrestling with a House of Commons security guard and shooting at other guards.

Heather Bradley, a spokeswoman for House of Commons Speaker Andrew Scheer, has said the security footage won’t be made public for security reasons.

There are no cameras in the Hall of Honour itself where Zehaf Bibeau was killed in a shootout with security forces.

The reports from the Ontario Provincial Police will outline the results of an investigation into the actions by the RCMP inside and outside the Parliament Buildings, and the actions of security guards inside the Centre Block.

They are expected to conclude that security guards were justified in shooting the gunman dead.

They are also expected to identify holes in the security system in place at the time that allowed Zehaf Bibeau to run onto the Hill, commandeer a minister’s car and get inside the Centre Block in a matter of seconds.