A round-up of who smoked marijuana, and who just said no

Liberal leader Justin Trudeau’s admission that he smoked marijuana “five or six times,” including one instance after becoming an elected MP, has created a strange ripple effect of other politicians disclosing their previous pot use.

We’ve compiled a sample of the (ever-growing) list of pot-smoking politicians and what each has said about their use, or non-use, of the drug.

If you’re looking for more serious arguments on legalization, these related links might help:

If not, here’s a handy graphic of who said what: 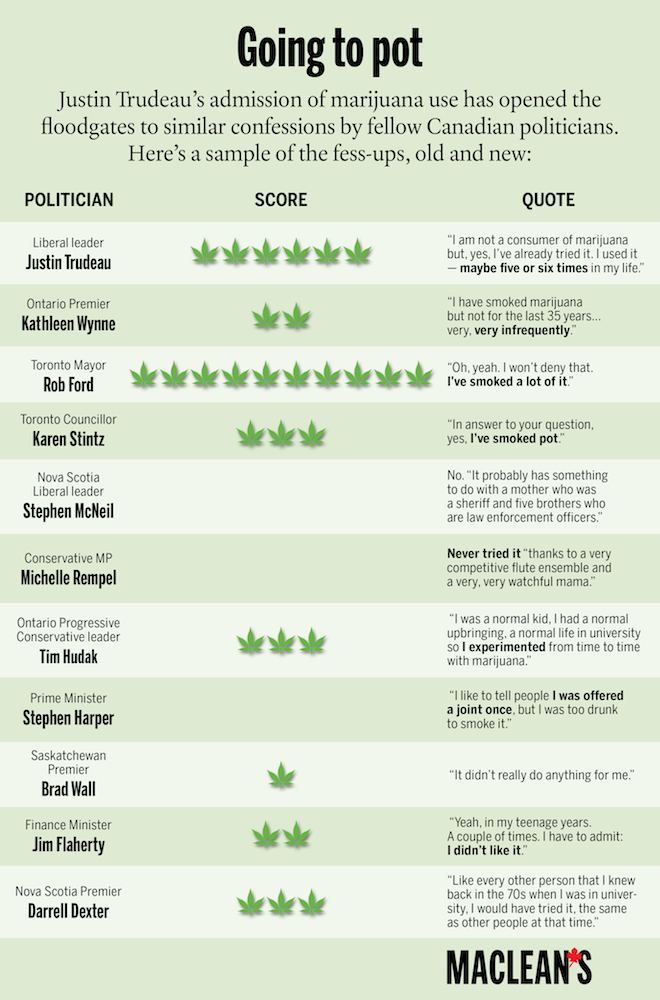