The Maclean's PoliTweet tool is just what candidates and their staffers need. Try it today to see if that tweet will get you into trouble! 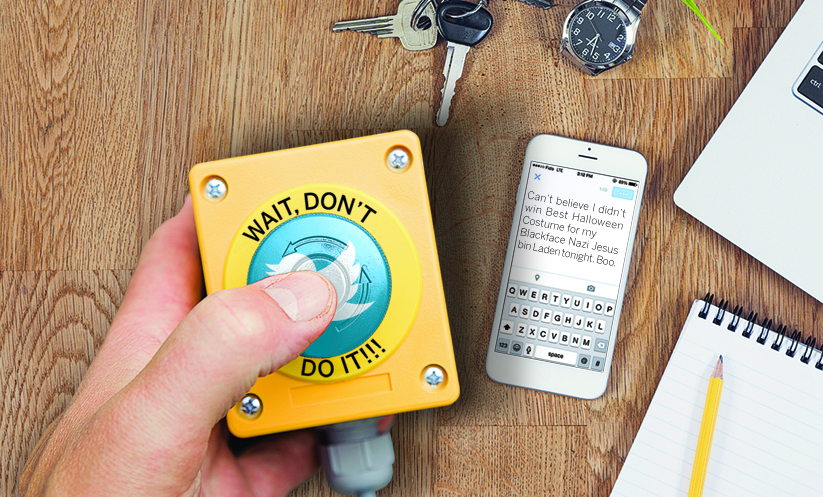 This election campaign has established a new Andy Warhol-style maxim: In the future, everyone will be a political candidate for 15 minutes—until a reporter goes through his or her Twitter feed and uncovers disturbing views on race, homosexuality or the third season of Gilmore Girls.

Social media gaffes have hit all the major parties, who apparently still let people run for office without first checking to see if their Facebook status update is: “Hanging out on the deck, being religiously intolerant.”

Understand: The real victims here are luckless war-room staffers tasked with trudging through social media accounts on a quest for offensive remarks. Only God knows how many photographed entrees and vacation selfies they’ve had to endure.

But it’s a problem for the parties, too. Happily, there is now a solution. Earlier this year, Twitter introduced a “Ready to tweet?” option for its TweetDeck app. It’s an additional box that needs to be ticked to confirm you really want to pull the trigger on that scorching “My flight is slightly delayed” hot take.

As a gaffe-prevention tool, the “Ready to tweet?” option is a step in the right direction. But it’s not enough to protect political candidates and their staffers.

Which is why I invented PoliTweet.

Are you an aspiring MP with something to share on Twitter? Simply type your message of 140 characters or fewer, then navigate PoliTweet’s 15-step confirmation process. It’s the only tweeting platform designed to ensure you never publish anything that can later be used by political rivals to make you look like a dumbass.

Type your tweet below. We’ve also written an innocuous one for you, as a default!

Now, when you’re ready, follow the checklist below, and see if you’re good to go: