Should government funding go to lab coats or white collars? You can bet Roger Martin knows the answer.

As defenders of the downtrodden go, Roger Martin deserves points for chutzpah at least. It’s harder to feel sympathy for Martin’s chosen underprivileged group than it would be if he were sticking up for, say, orphans and widows—because Martin has spent much of the year arguing that Canadians, and especially their governments, aren’t giving enough money to the country’s business schools.

At first glance, Canadians might be reluctant to shed a tear. Martin is the dean of the University of Toronto’s Rotman School of Management, not conspicuously a hardship case. The school has raised $130 million on its way to a $200-million fundraising target, timed to coincide with next year’s opening of a new 15,000-sq.-m building in downtown Toronto. But its successes, Martin maintains, come despite the lack of adequate government support, especially from Ottawa.

“For some reason the federal government thinks it’s a good idea to spend hardly any money on business education,” Martin said in an interview. “And that’s just confusing. Why is it that a government that’s interested in competitiveness and productivity—not just this government, it’s any government—doesn’t live up to that priority? I just don’t get it. Where do they come up with their theory that says business schools are unimportant?”

Martin backs his claims with figures. Per capita, Canada produces fewer degrees than the United States, he notes. Business degrees account for much of that gap, especially at the graduate level. But it’s not for lack of demand: acceptance rates were much lower in commerce programs in Ontario over the past decade than in engineering or arts and science.

And just as Canada’s student class isn’t very business oriented, Canada’s business class is conspicuously poorly schooled. Fifty-four per cent of U.S. business managers have a post-secondary degree, compared to 37 per cent of Canadian managers. The lack of skilled management isn’t a silent problem, it’s deeply felt: Martin cites a survey of successful Canadian start-ups who said they had an easy time getting hold of scientific talent and physical infrastructure, but a much harder time finding competent managerial talent.

The provincial funding picture is a little better in Ontario, Martin says, but it’s still skewed toward lab-coat disciplines, not the white-collar arts. Which is, Martin’s critics say, the way it’s supposed to be. Granting councils exist to grant research, which is what scientists do.

“Part of the response I get is, ‘Well, business schools don’t apply for enough of these grants.’ And I say, ‘Well, why would you apply when you’re not welcome?’”

Too many people in higher education think business innovation is driven by raw knowledge, when it’s the implementation of new practices that creates value, Martin said. “People think that somehow the way to get competitive is to have a bunch of scientists go and start companies. They do research in their university and then start a company. And our work has shown it’s hard to correlate that with how you grow big, internationally competitive companies. It happens from time to time. But not very often. Certainly not very often in Canada.”

Martin’s arguments have been greeted with indignation by academics in other disciplines. James Colliander, a mathematician at the University of Toronto, wrote on his blog that “M.B.A. CEOs may find efficient ways to efficiently bring widgets to the market and make a profit in the process. But the widgets are invented by scientists and engineers.”

Nassif Ghoussoub, a mathematician who serves on the board of governors at the University of British Columbia, finds it ironic that Martin was calling for government handouts. “Business schools want to be exempt from government’s regulation of tuition fees, proceed to charge exorbitant fees, while preaching against government’s interference with the free-market system,” Ghoussoub wrote on his own blog. “But when these major proponents of the free-market system need help, who do they turn to?”

Meanwhile, there is evidence that Canada’s business schools are struggling in a bustling international market for management education. The Science, Technology and Innovation Council, an expert advisory panel with a mandate to give the federal government advice on sustaining Canada’s knowledge economy, pointed out in its latest report that Canadian schools have been sliding on the Financial Times business school ranking. Martin’s school ranked 21st in the world in the FT ranking in 2004; by 2010 it was at 45th. McGill, which has battled unsuccessfully against Jean Charest’s government for the right to blast through Quebec’s tuition cap for its Executive M.B.A. program, has sunk from 39th to 95th place in the same period.

Martin disputes some details of the FT ranking, but says the general point is obvious: other countries are not obliged to follow Canada’s lead in neglecting business education as a national priority. “The rest of the industry doesn’t say, ‘Oh well, we won’t spend a lot of money because Canada doesn’t want to spend money on business education and we’re going to give these guys a break.’ They just say, ‘We’re in it to win it.’ ”

Perhaps the Harper government is wary of funding business managers because it is so careful to present itself as the friend of the ordinary working stiff, the salaried employee and not the swells in the executive suite. This theory, Martin said, flies in the face of common sense.

“I would think they would be broad-minded enough to say, ‘Last time I checked, for a wage-earner to actually be able to earn a wage, they actually have to have a job, and jobs are a function of companies being successful. And if they’re not successful there are no jobs for them to be wage-earners.’ That may be too complex a logic structure. I don’t think so.” 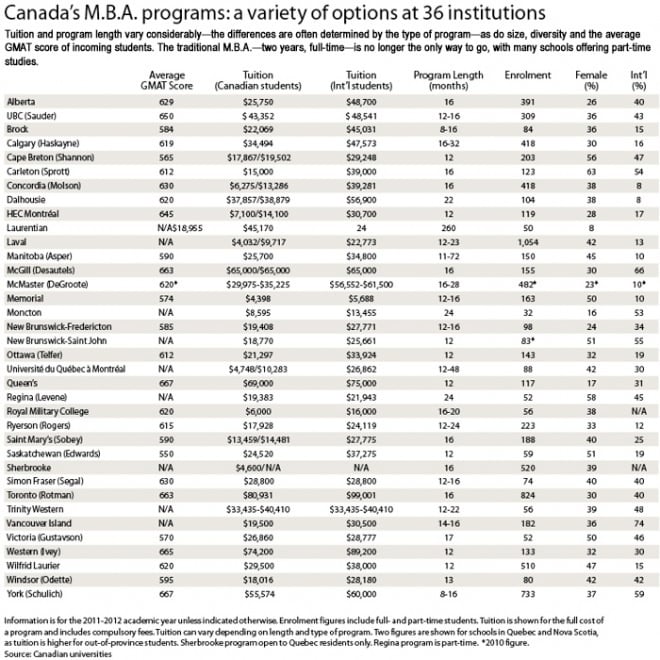 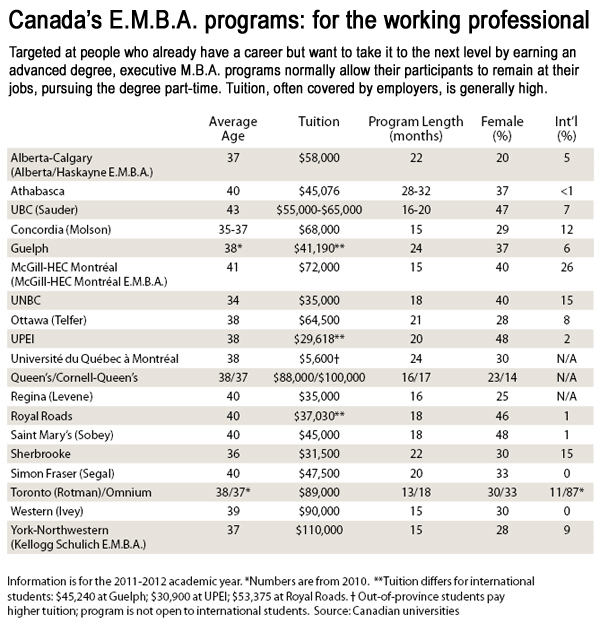